Werid experience with my work friend.

So I'm pretty close to a guy I work with. He has great work ethic and our conversations flow easy. We also have a lot in common with life experiences. I only see him as a friend and I'm in no way sexually attracted to him. Our schedules happen to match up this weekend where we had days off at the same time. So we decided to go out. We never hung out outside of work but i thought it would be cool to further the friendship and see how we act outside of work. It just so happens that both our friend groups couldnt go out with us, so it was just him and I. Since i dont drink much and when i do i limit myself to one small glass and since he wanted to drink we decided i would be the DD. It started out nice enough. We went to a bar that had a band playing. The vibes were really nice. Everyone just seemed like they were having a good time jamming out to the music. I danced with some moms. They said I reminded them of their daugthers. They had a hippy etheral vibe about them. They were such a mood. I was drinking non alocholic drinks. On the other hand my friend was slamming beers and shots like there was no tomorrow. I didnt want to say anything because he is an adult and i have no idea how high his alcohol tolerance is. Well the bar was closing and after some convincing we decided to go to another bar and thats when things got out of hand. He was stumbling over himself, being aggressive and a little mean to me. By being mean he was telling me to stfu when i asked if he was okay or when I asked to put his stuff in my purse so he wouldnt lose it. The rest of the night he was hugging me calling me his best friend but he would also try kissing me and I repeatedly told him he was making me uncomfortable. I somehow convinced him to let me take him home because he was oblierated from all the alcohol he drank. When we got to his house he tried to kiss me again and when i put my hands up and turned away from him he got upset and started saying really mean things to me. He eventually got out of my car and went inside his house but now I dont know if i can stay his friend. I dont want to judge him and end our friendship over this because alcohol was invovled. But I do feel violated and im not sure how to face him when we see each other at work tomorrow.

Donotfolowme · F
"Alcohol was involved" What does that mean? Does alcohol bring another person out of us?
Alcohol isn't any excuse.. this whole experience was a part of him. It was his other side, the non- professional one.
+ 3

Latebloomer · F
@Donotfolowme you are so right. I think ive been conditioned to think other wise. Thank you.
+ 1

Fluffybull · F
He's a nasty piece of work and the alcohol brought out the real person. Don't keep him as a friend. Keep your distance at work, if you have to talk to him, be polite, professional but aloof. If he gives you any trouble at work inform HR/manager.
+ 3

20Twenty · M
You very unfortunately, witnessed another side of him. The side not pleasant at all
+ 3

Leggs · 46-50, F
Typical drunkard.
I would say keep things work related because he probably does this more often than not.

For those of us who do not drink on the regular, we would not be able to function at work for a couple days if we had an evening like that. For the drunks, they can get blasted the night before and go to work like nothing happened. AKA "functioning alcoholics"
+ 2

Jenny1234 · 51-55, F
Keep it to work only. Sounds like he likes to drink to excess and it sometimes makes people violent. I had a boyfriend like that when I was young and he got drunk every week and became verbally and physically abusive to the point one day he almost killed Me.
+ 2

basilfawlty89 · 31-35, M
Alcohol isn't an excuse.
I've been drunk as hell on a Friday night, I've never gotten mean or sexually harassed/assaulted a woman.
Alcohol doesn't change your personality.
It just brings out what is under the surface.
As the Romans said "In Vino Veritas".
+ 4

Freeranger · M
Clearly.....clusterfucks are meant to weed out the people we take home to our parents. Move forward. You're pretty, insightful, you will get over the disappointment of learning him, and moving forward to a better experience with a better individual.
Being exposed is sometimes a good thing.
+ 1

DrSunnyTheSkeptic · 26-30, M
Seems he was hoping for something else and got upset you turned him down, his problem. Things are going to be weird from then on and no one can blame you if you choose to keep your distance from him.
+ 1

MartinTheFirst · 22-25, M
He is apparently a mean af drunk. But from a lifetime of experience with mean drunks, I can tell you that you'd like to believe they're not themselves when they're drunk... But that is when they're themselves the most.
+ 1

IamBack · 31-35, M
He obviously was being obnoxious but you have you to know that guys always have more than friendship in mind so stay frosty
+ 0 · Reply · Sep 24, 2022
Translate
100,000+ people following
Friends Personal Stories, Advice, and Support 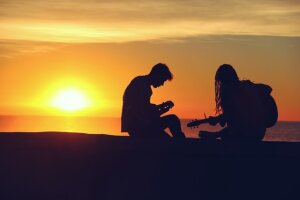