What's one the most exotic things that you have ever eaten?

For me, probably alligator. It actually tasted kind of like calamari.

Jenny1234 · 51-55, F
My husband tricked me once and told me he had a plant based burger for me given to him from a co-worker. I tried it and tbh it was delicious. after I ate half of it, he laughed hysterically and told me it was bear meat. I threw up for two days.
+ 3 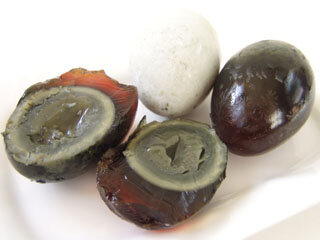 Asmae · 31-35, F
Not totally exotic according to my country’s standards but to you guys it might be.

dancingtongue · 80-89, M
[@339269,JimboSaturn] Well, actually, that would be a bull's testicle. Cows don't have them. Does remind me of a story one of my teachers told on himself, being an Eastern city boy starting his teaching career in cattle country. Rancher invited him to dinner. He complemented the wife on the tasty dish, and asked what it was. She used the polite term and said "mountain oysters". He looked perplexed at the explanation. The rancher said, "them's bull's balls, son."
+ 1