Can you tell what's happlening here?

I shot these pictures at a place called Spirit Mesa, so called because of strange events reported there.

Something caused me to take these time/stamped eight shots while moving the camera as little as possible. I didn't see anything with the naked eye. I don't know what the camera caught. Ideas? 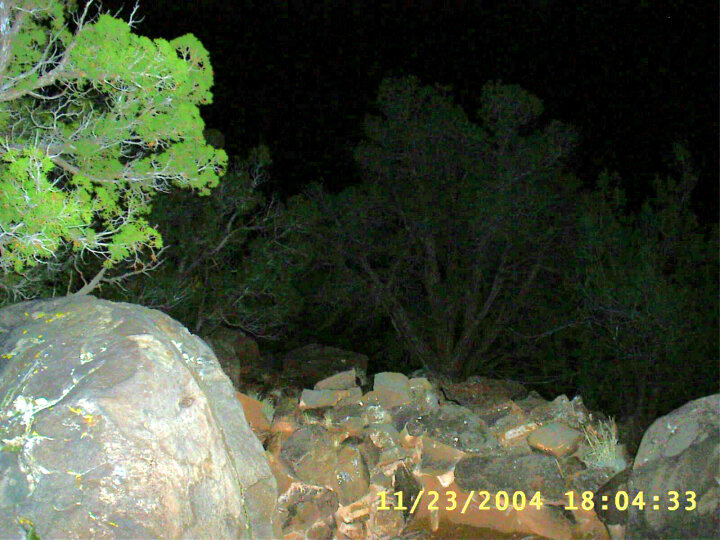 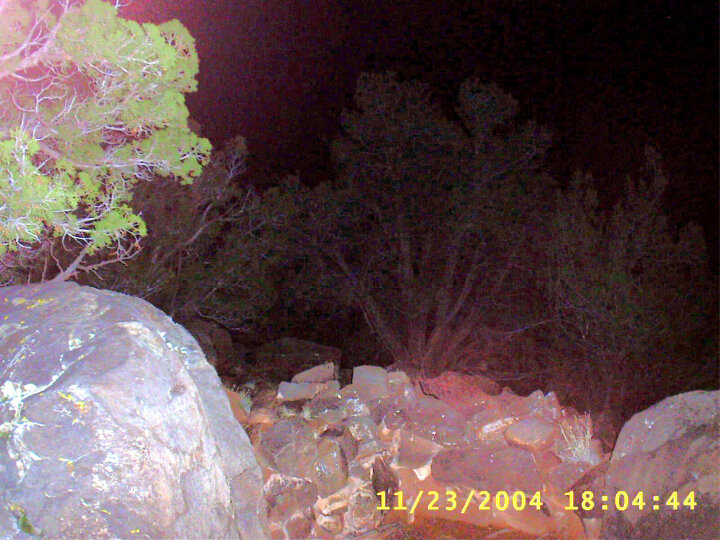 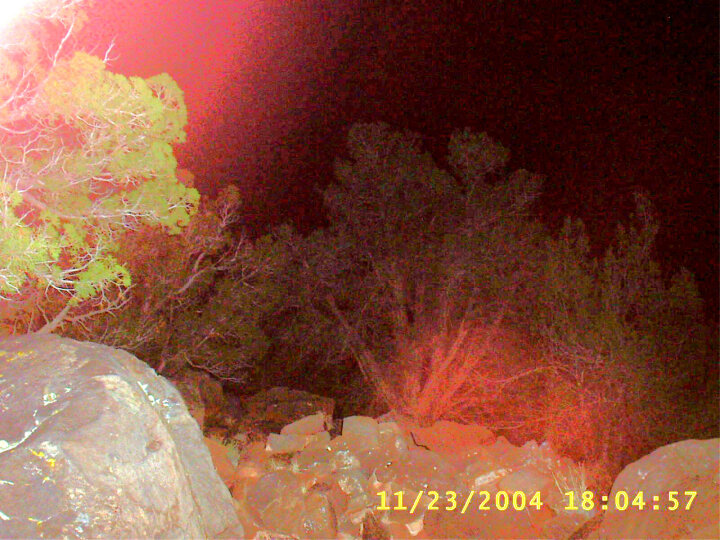 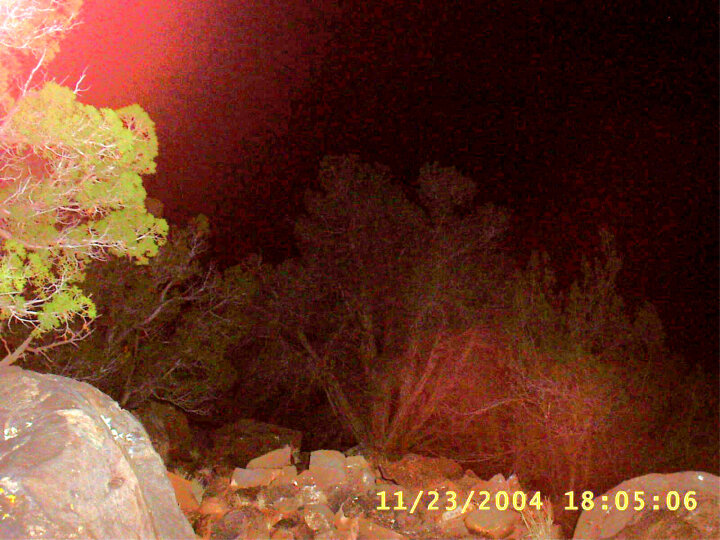 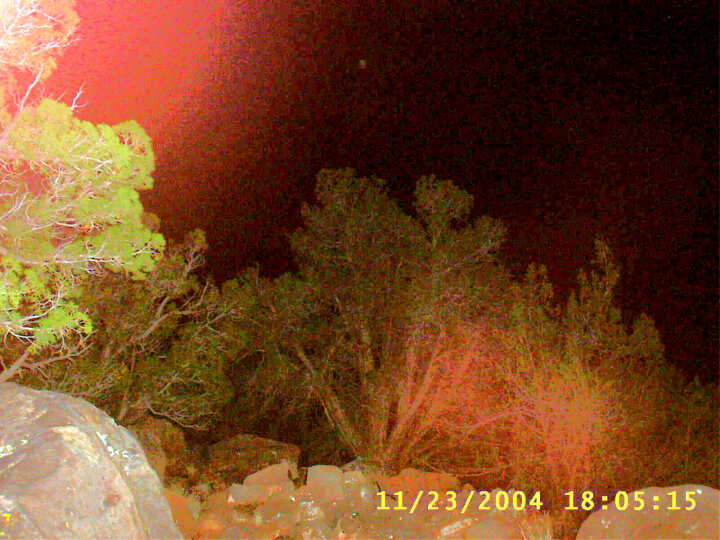 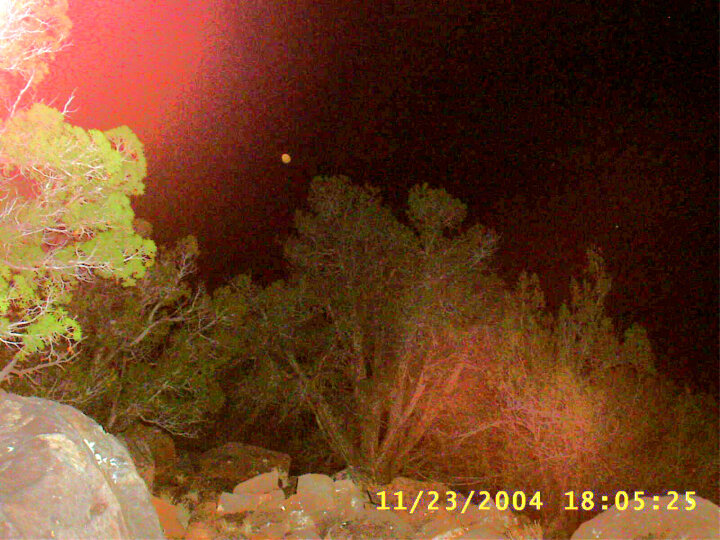 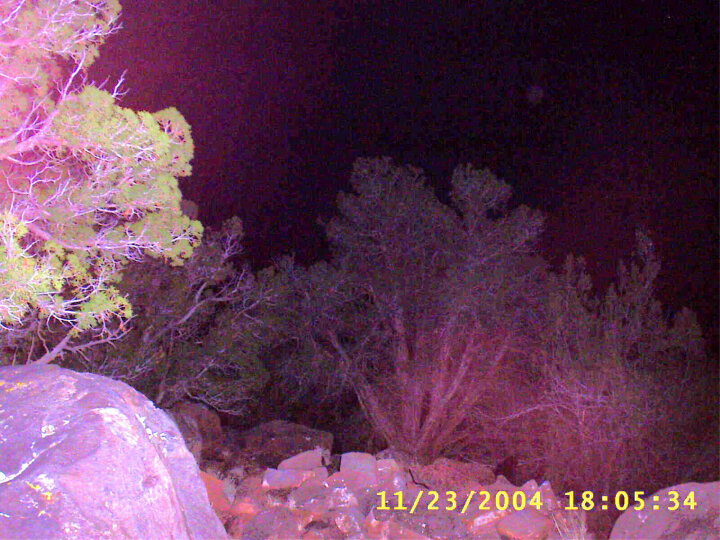 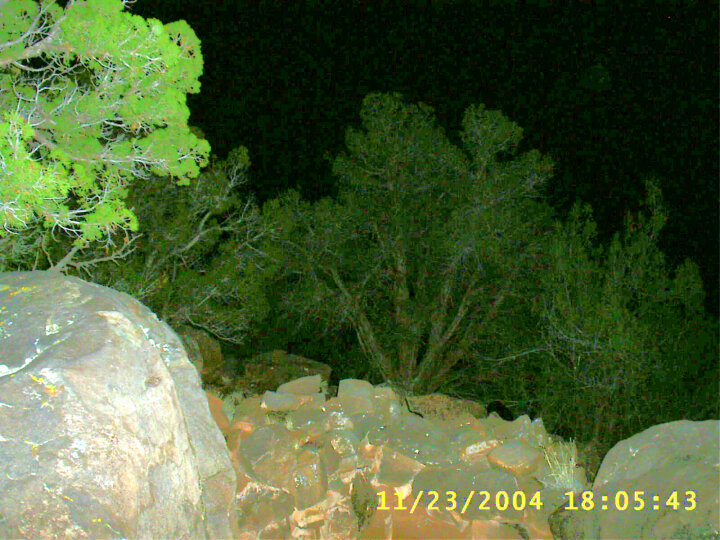 Peaches · F
I see the orb in the last three.👀 It's also strange how the pictures change color? I have some taken out in the woods beside the haunted house we lived in, we couldn't understand why the pictures changed color? I also have a few pictures that I believe capture something paranormal. In one photo I'm on property owned by the Siletz Indians. I'm waving and there is a huge solid white orb right above my hand! In another photo Mr.C is wearing his cowboy hat and gun holster. He pulls his gun out but it isn't loaded and his finger isn't even on the trigger, but in the pictures there is a solid flash of white light coming from the gun barrel?! 😱 I have some of these pictures framed. I have a lot of different ones. I won't post them because people steal pictures.
+ 2

Nelladell · 80-89, F
[@364304,Peaches] Your question mark about the color -- I have no idea what the energy is that gradually turned red but it (the energy) is in three spots -- one in upper left corner and two right against each other low down toward the right. I suppose that it is that energy which caused me to taked the 8 pix in a row. Dunno.

Orbs are interesting. A relative whose hobby was shooting orbs once said aloud after an evening of taking pictures with no orbs, "I'm shooting one more picture and leaving. If you want to be in it, LINE UP." His last picture had a row of orbs. Remembering that, on my only trip to shoot orbs in a cemetery thought to be haunted, and having gotten lots of orbs, I said aloud, "I'm leaving after one more shot. If you want to be in the picture, 'STEP UP.' The last pic looked like the camera had been encased in thick spider web. These two pictures and others, including the ones above, seem to show that these energies "pose" for pictures.

Your picture of the gun is really strange, isn't it? Truly curious. It would be lovely to see your pix, but I understand your feelings.
+ 1

Peaches · F
[@1242016,Nelladell] Haaaa! 😊 YES, spirit hears us. When I was waving to the camera, I felt the huge white orb above my hand was waving too. It was so awesome, it's a solid white orb. The Indians own that land where we were that day. YES, I'd love to show you, but don't want them stolen so I don't share them. They are very personal to me. 📸✨
+ 1

My uncle of whom I spoke above often went with a friend who could see orbs. At least, he (the friend) says so, and Uncle showed me a pic of the friend with an orb atop his outstretched arm and which the friend is looking.

Peaches · F
[@1242016,Nelladell] No, I've never called on a certain angel, but I've smudged a few times before. That's worked with some issues, but not everything or all the time. I just pray to be surrounded with God's white light for protection.✨😌 When we kept smelling the foul odor in our garage and discovered a man died in there, smudging worked. I was told to tell him he didn't have to stay here and to cross over to the light. It worked, we never smelled that odor again. We have on going happenings here all the time, I do believe I was followed....or something?!

I'm so glad you found your jewelry...that it was "returned"! I constantly have things disappear and reappear all the time, sometimes years later! 😯
+ 1

Nelladell · 80-89, F
[@364304,Peaches] Thank you for sharing. At Spirit Mesa whatever was there would play tricks on me, nothing more. But they would cause Hubby problems. Since the last folks who lived there were of the Chaco Native American culture, and since he had heard of "when in Rome," he offered tobacco. Things would calm down for a time then flare up and he would offer more tobacco. It seemed to be a cycle. We actually enjoyed our time there. We would sometimes smell grain parching and once, smelled a parched grain stew cooking. And the "hauntings" seemed to be tied to Native American things -- the scattered kachinas and the tobacco, for instance.

I am glad I found a kindred soul.

Nelladell · 80-89, F
[@364304,Peaches] I have read reports of "portals" being in the area of crystals. I found a little shelf of quartz on the side of the mesa and all the ant hills lower down were mostly made up of tiny pieces of crystal. There was also an ancient graveyard nearby.

There seemed to be something like what I've heard called a "fold in time." My daughter's new black cloth case of cigarettes disappeared from where she was sitting on a log smoking. About six weeks later they reappeared there AFTER the monsoons dropped their daily rain. They were fresh and she smoked them. BUT -- I have had PEACHES disappear and not return ever. Twelve quarts of them.
+ 1 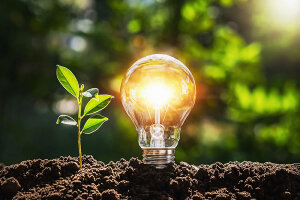