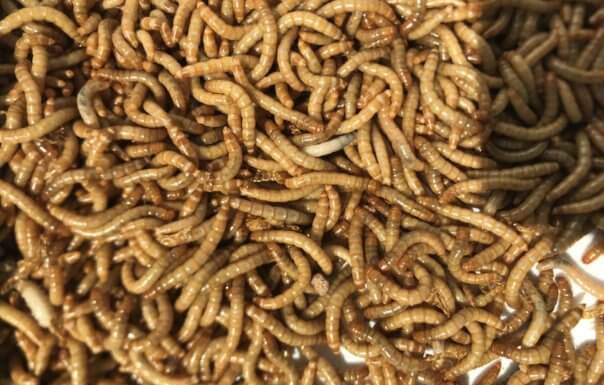 Eat bugs and live in a pod.

The globalists and freaks in the left-wing media are trying to convince people to eat bugs.

Eating bugs is degrading and that’s why the elitists are pushing them as a “sustainable” source of protein for the peasants.

According to a new study, ‘beetleburgers’ made from mealworms will hit mass production to help feed the world.

“Mixed with sugar, the beetles supposedly taste just like real meat. They could also become alternatives to sausages or chicken nuggets.” – researchers say.

Beetleburgers could soon be helping to feed the world, according to new research. The creepy crawlers’ larvae — better known as mealworms — could act as a meat alternative to alleviate hunger worldwide. The process uses a fraction of the land and water and emits a smaller carbon footprint in comparison of traditional farming.

To make this a reality, French biotech company Ynsect is planning a global network of insect farms, including nurseries and slaughterhouses. A pilot plant has already been been set up at Dole in the Bourgogne-Franche-Comte region of France.

“We are in full control of the chain of production. That gives us strength in terms of quality, security and safety,” says Benjamin Armenjon, general manager of Ynsect, according to a statement from SWNS.

Robot arms and automated conveyor belts transport stacks of red trays in every direction. They are are filled with billions of Tenebrio molitor beetle larvae. The dried critters are more than 50 percent protein and rich in fiber and fats as well.

They can be turned into protein powders, shakes, burgers, cereal bars, and even cooking oils at a fraction of the environmental cost of traditional farming. For every one kilogram of protein, Ynsect uses 98 percent less land and emits 40 times less carbon than beef. It also uses 40 times less water than pork production.

The globalists are pushing for the peasants to eat bugs, weeds and synthetic ‘meat’ because bugs “consume fewer resources than traditional livestock.”

Last year the World Economic Forum promoted the EU’s new plan to use mealworms in food in their bid to reduce meat consumption.

“Livestock around the world is responsible for around 14.5% of all greenhouse gas emissions relating to human activity. The need for land – whether for grazing animals or growing crops to feed animals – is “the single greatest driver of deforestation, with major consequences for biodiversity loss,” the paper says.

AbbeyRhode · F
Sick freaks. I refused their depopulation shot, and I refuse to eat bugs.
+ 4

soar2newhighs
Yeah, I bet it all tastes like chicken! Fuck these ass holes! They can eat shit if they want.
If this becomes a “ food source “ It’ll be sent off to poor countries no doubt. The Guinea pigs for the elitists.
The methane we’re told to be leery of produced by livestock has been on going for millennia.
Deforestation in places like Iowa where there are vast areas of open land and farms or other areas where trees are not being cut down for farmlands?
The elitists depend on the “ nanny state dependency factor”.
+ 3

I imagine the Biden woke-squad also saw it. Maybe we taxpayers even funded the research. Has anyone even read those 5,000 page, $trillion bills that he signed into law?

Imagine, just like with fossil fuels. Drive the meat industry into extinction by 2040. Start slow, give tax incentives for meat with 10% beetles blended in. Then put the squeeze on the meat industry by threatening increased regulations and special taxes. Hire more IRS agents to make sure meat producers pay their "fair share".
+ 2

carpediem · 61-69, M
Mmmmm delicious. With a little garlic and a spring of rosemary and who knows? Maybe instead of inedible, they're just disgustingly gross. Better than Soylent Green? Remains to be seen. I know one thing for sure. The people coming up with this garbage as a food source are NOT eating it.
+ 2

TheOneyouwerewarnedabout · 41-45, M
i reckon if 'they' said to wear a bucket of shit on your head to save the climat.
4Billion odd ppl would be walking around the very next day... with buckets of shit ontop of their heads..
+ 2

carpediem · 61-69, M
@TheOneyouwerewarnedabout Lets try it and see what happens
+ 1

soar2newhighs
Let’s see: if chickens eat bugs, worms, insects, and we eat the chicken, seems to me the issue is ended.
Beef…they get nourishment and then we get it from them. Same with pigs, and lamb/ mutton. God only knows what they ingest.
Looks like we’re eating bugs anyway.
Where now is the the cry to eat animals that are called, “ free range”? Better for us, right?
+ 1

Budwick · 70-79, M
@soar2newhighs Those meal worms look pretty crowded to me. They are NOT free Range worms!
+ 1

TheOneyouwerewarnedabout · 41-45, M
eat the worms peasants.
while we dine on lobster and caviar and laugh at your slave asses.
+ 2

LetsGoBrandon · 31-35, M
what people don't realize these Bugs can Fuck up their stomach, Hard to Digest Bugs and it's not meant for Humans. 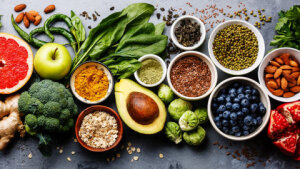