The Germans wouldn’t want to appear to be like Nazis of WW2 or anything but stalling on sending much needed tanks to help the Ukraine defense against Russia is making them look pro Russian more than pro NATO.

Scholz has made promise after promise after duplicitous promise, but always finds some administrative or legal or financial reason why there must be delay after delay. In this, he is aided and abetted by Switzerland, and by the other pro-russian country currently betraying Western values... Hungary.

When it comes to something that could make a substantial difference, however, Scholz is decisive and firm and becomes a man of his word... and that word is that he will [b][i]not[/i][/b] give Ukraine Leopard tanks.

PicturesOfABetterTomorrow · 41-45, M
@newjaninev2 Spouting cold war era conspiracy theories now? So much for you claims of being a rational thinker.
+ 0 · Reply · Translate · Jan 21, 2023

justanothername · 51-55, M
@littlepuppywantanewlife
It all comes down to being part of NATO and Ukraine is not part of NATO. If they were then the rest of Europe could join in.
+ 1

ElwoodBlues · M
@justanothername [quote]It all comes down to being part of NATO and Ukraine is not part of NATO.[/quote] Absolutely true for Europe. The USA is in a slightly different situation.

Putin, seems to want people to forget a three-way treaty known as the [i]1994 Budapest Memorandum.[/i]

Essentially, Ukraine agreed to give up all its nuclear weapons to Russia in exchange for safety from a U.S. or Russian invasion. Russia's invasion of Ukraine violates that treaty. And as a signatory to that 1994 Budapest Memorandum, the U.S. has a definite interest in righting Putin's current wrongs.

[quote]In the final version of the deal, Russia promised not to attack Ukraine. While the U.S. and the U.K. assured Ukraine they would aid if it was attacked by Russia, that promised aid did not guarantee military support like a NATO country would receive.

In 2009, Russia and the U.S. announced that the assurances in the Budapest Memorandum would continue to remain in effect in the future.
[/quote]
https://www.verifythis.com/article/news/verify/global-conflicts/ukraine-agreed-to-give-up-nukes-in-exchange-for-safety-from-russia-invasion-attack-budapest-memorandum-treaty/536-8748a51f-10ee-47f0-be30-b4088750ee44

justanothername · 51-55, M
@ElwoodBlues You don’t need to explain that to me. I’m well aware of it. It’s been answered on here before. :)

The other thing I can’t work out is why Russia is talking about the need to attack Poland at this point in the war.
+ 1

soar2newhighs ·
From a few articles I read it appears unless the US sends Abrams tanks, the Germans won’t send their Leopard tanks reported to be very good tanks.
+ 1

newjaninev2 · 51-55, F
@anythingoes477 Yes, trump or putin comes to the same thing... narcissistic autocratic gangsters with a simple approach:
Claim credit for victories and deny responsibility for defeats.
Lie. Never stop lying. If caught in a lie, tell a bigger lie.
Everyone else is expendable. Without remorse or hesitation... expendable

Of course, both are pathetic poseurs, and dustbin bound
+ 2

MarkPaul · 26-30, M
Being plugged into international relations as I am, my sources tell me this isn't really quite the "stall issue" as it appears or is being reported. There is just some positioning and tactical maneuvering. Ultimately, Germany will provide the tanks. Within the next day or so, you will hear that Germany is taking an inventory of its stock without making any commitment followed by it's reconsidering the request.

You have to understand international relations to recognize the nuances of the positioning and communications.
+ 0 · Reply · Translate · Jan 21, 2023
View 9 more replies »

We've seen some very creative tactics from ScholZ and the SPD... the tanks can't be sent elsewhere because some f the parts were made by the Swiss and they won't give permission because they want to remain neutral (seriously??).

Recently the excuse has been that Germany [i](i.e.[/i] ScholZ and the SPD) don't want to be the first to give tanks... they don't want to 'go it alone'. Ironically, that position is so at odds with every other country's position that Germany is going it alone by refusing to send tanks.
+ 0 · Reply · Translate · Jan 21, 2023

MarkPaul · 26-30, M
@PicturesOfABetterTomorrow Well, let's talk about this rationally. As someone who is has international relations experience, I'm commenting on a topic that is part of wheelhouse, if you will. In a way, I have an obligation to use my expertise when the need arises as it has here and now. Perhaps if we could focus on why you feel this professional obligation of mine cuts into your centre-of-attention craving, we could help lift you up so you see that you have no reason to feel threatened. Do you want to try? Why do you think you are so bothered by my sharing of my expertise?
+ 0 · Reply · Translate · Jan 21, 2023

Fairydust · F
The same people that want to protect the world from climates Change.

anythingoes477 · M
@Fairydust So the Republicans DON'T like war and it was they that ended Afghanistan? Then why do you all blame Biden for how we pulled out of Afghanistan? If Republicans hate war enough to end them...then it should have been a Republican that pulled us out? Right?
+ 1

MrBrownstone · 41-45, M
I saw pictures of Ukrainian soldiers with Nazi rings on so there is that.
+ 2

TheStarsareout · 56-60, M
Germany is very narrow self interested, its all about when things calm down they still have access to cheap gas from Russia and back to business trying to dominate the EU.
+ 1

newjaninev2 · 51-55, F
@TheStarsareout It will take the Germans a while to realise the enormity of the change that they have caused by their collaboration with russia.

They have joined Hungary in betraying Western values, and will now sit on the bench with that country.

Scholz and his fellow SPD collaborators have brought Germany to a point where it will never again be trusted.
+ 1

TheStarsareout · 56-60, M
@newjaninev2 They still have eveyone dancing to their tune in the EU because of the last financial crisis and the money they lent to other countries to help them out, I dont think the trust was there anyway because of the war, I have lived in Germany for many years and the Germans are very money and business oriented with all take from other countries attitude.
+ 0 · Reply · Translate · Jan 21, 2023

PicturesOfABetterTomorrow · 41-45, M
Foreign policy is about self interest, not morality. And it is interesting everyone is dogpiling Germany and going off on conspiracy theories and yet nobody is criticizing the USA for doing exactly the same thing, or the UK sending a single squadron (14) when hundreds would be required to be of value.


There is also the concern that all western powers need consider as well is the very likely possibility that this kit will fall into Russian hands and be reverse engineered and tech advantages being lost.

jimjim1969 · M
How much is Russia paying Scholz to stop giving tanks to Ukraine.
+ 1

wonkywinky · 51-55, M
I can understand this,to Russia,they will be the first "German"tanks on their soil for 80 years,so i can kind of get why the Germans feel its an escalation.But then again,invading Ukraine itself was an escalation so screw Putin.
+ 0 · Reply · Translate · Jan 21, 2023

PicturesOfABetterTomorrow · 41-45, M
Besides all the other considerations that go into this decision. Something else that might be a factor in why Germans are reluctant might have to do with Ukrainian army units using the insignia and trappings of the Waffen SS. Just a thought. 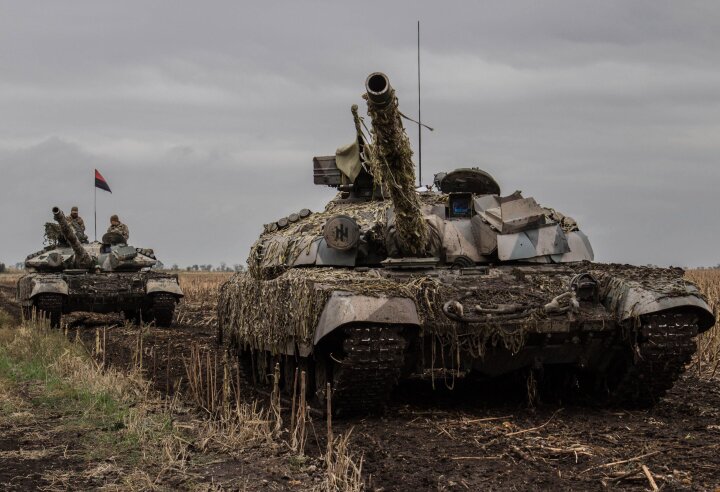 Roundandroundwego · 56-60
Questioning the war and US hegemony vs peace and integration with Russia never happens in Germany.
+ 0 · Reply · Translate · Jan 21, 2023