It's a strange place, England

We are a very strange country! We make up about half a small island on the outer fringe of Europe, yet our language is widespread. The English were immigrants here ourselves, yet many of us protest when others immigrate to these shores. We claim that Football is coming 'home' to England even though versions were played all across Europe, and the Scots wrote the first known rules.
A nation of contradictions; some hate us, others laugh at us, some people may even like us.
Some among us don't even know the difference between England and Britain! Our ignorance of our own history and geography is appalling yet - were we a force for good rather than bad?
Only history will decide that.
Most of us just live our lives, suffer our shockingly poor politicians and hope for better things for our children- just like every people everywhere!

LizOwen · 41-45, F
@Djc55 Take away the guns and they can't shoot people. That's simple logic.
The culture is toxic - agreed - we have the same sort of culture.
But our women have more rights thank goodness, and - so far - our last coup attempt was in the 17th century. (But if our present government continues in its attempt to erode workers rights, well, watch this space!)
+ 0 · Reply · Aug 6, 2022
Translate

Djc55 · 56-60, M
@LizOwen Problem is... take away the guns, and only the criminals have guns. Every city and state that's tried that has failed. See Chicago.
Yes... I do have great respect for the UK system of government.
Women have the same rights in America and that didn't change by returning abortion laws back to the states. Killing unborn was never a right.
Actually.. it's men that face a problem with rights - see domestic and family law.
There was no coup attempt. That's a bald face lie by the current administration and the media. What's more, the people see right through that - and will respond accordingly in November. There is however, a stolen election in 2020, and a falsely installed person in the White House. That too is being corrected through the elections in 2022 and 2024, not to mention our laws - which provide democratic safeguards to those who overstep.

LizOwen · 41-45, F
@Djc55 Well, you'll know your politics better than I do! That's for sure.
The stolen election sounds a bit like sour grapes, though.
And Mr Trump seemed to be in favour of the attempted coup - the people involved certainly thought he would appear to lead them. He did nothing, though.
Taking away a health option from women is undoubtedly a step backward - and will see a return the horrors of back street abortions.
And the guns? If they're not for sale, people can't buy them. The thing who murdered the children in your last school shooting (or the last I've heard about) bought his automatic rifle shortly before he went on the rampage.
Biden seems relatively decent. He's a bit weird about his Irish roots!
I wonder what Christ would have thought about the gun laws?
+ 0 · Reply · Aug 6, 2022
Translate

OldBrit · 56-60, M
Everyday I'm grateful I was born English and still live in England. However I'm also very sad of where we are currently as a country, largely due to a really inept couple of generations of politicians.
Also we really do need to better educate ourselves on our past and particularly the position is plays in our current reality.
+ 4

badminton · 61-69, MVIP
Wherever the British empire left its mark there is a love of cricket. I worked for a tech company with many guest-visa workers from India. They were all cricket fanatics. The only exception is the U.S. Maybe because of the popularity of baseball?

Walking the streets of London, or any U.K. city, on a grey damp day, finding a pub, having a pint or two. A vibrant modern inclusive culture thrives. Villages which retain their character and traditions.

Today cities in the U.K. often look rather run down, at least in sections. Faded post-industrial revolution-empire melancholy. Yet those same cities also have elements of beauty; fine brick buildings aging gracefully, grand houses from another age, gardens, old rail lines. And new buildings looking to the future.

Not so good things; Empire and class system.
+ 1

LizOwen · 41-45, F
@badminton The leading piece in this thread was about England, not Britain. Different animal entirely. However, your comments are noted, and thank you.
The Empire was a mixture of good and bad - I can't see any of the new countries the UK created getting rid of the civilisation the the UK gave them!
The class system is an abomination.
+ 2

AdaXI · 41-45, T
@LizOwen Nope not part of England Yorkshire is magic centre of the universe, everything else revolves around it.
[media=https://youtu.be/AjhTCskZMiY]
乂^◡^乂
+ 1

LizOwen · 41-45, F
@AdaXI I always suspected as much. Independence for the Yorkies- the old capital of the Danelaw.
+ 1

OldBrit · 56-60, M
@helenS I have fond memories of Aberystwyth my son lived there for 4.5 years. My daughter-in-law is Welsh as they met there as students.

My son found the most local AA meeting (it was virtually next door to his flat) for me. I roll up. Welsh speaking only 😂😂😂
They were very kind allowing me to share in English and we all went for a coffee in the hotel I was staying in after.
+ 1

RodionRomanovitch · 56-60, M
'Some among us don't even know the difference between England and Britain!'

And you ? Are you talking about Britain or just that part of it we call England ?
+ 1

I'm Welsh myself , but have never really identified with the anti-England mob , until that is we were all dragged into the whole Brexit debacle , largely it must be said driven by English nationalism.
+ 2

Strictmichael75 · 61-69, M
Well said Liz,
Unfortunately not a very bright future for the UK, it’s difficult everywhere today but much worse for the UK
+ 1

LizOwen · 41-45, F
@Strictmichael75 And then God help us. If Truss starts a war - as she seems capable of - who will do the fighting? Without the Scots, Irish and maybe the Welsh, have we the capability?
Most of Britain's best soldiers were Irish, Scots or Welsh, from Wellington to Alan Brooke, Colin Campbell to Montgomery and David Stirling.
+ 2 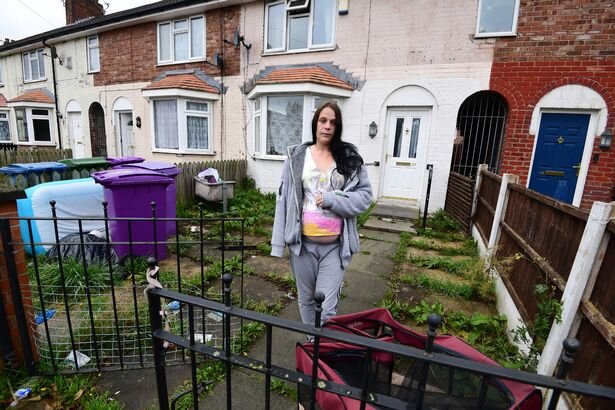 BigGuy2 · 26-30, M
Immigration is not an issue, Economic Migrants ARE ... especially with the most recent news - within the week - of Economic Migrants get'n more money than people in England that have been paying into the system for YEARS
+ 0 · Reply · Aug 6, 2022
Translate · Edited: 1 week ago

V00doo
2nd gen immigrant here born in London. Im under no illusion how fucked up a country we are/were but home is surly where the heart is.
+ 1

LizOwen · 41-45, F
@ShenaniganFoodie We call them eccentrics if they are rich and despise them as idiots if they are poor. But all are nut cases.
+ 2