I have a cat

It's a black cat(almost 1 year old) , and he's not very cuddly you know, I would say he's really energetic and doesn't like petting etc🤣🤣 like really he don't like cuddles much but
BUT I JUST REALISED that every time I'm happy or in a good mood he wants to cuddle to me😭😭😭😭he's lying on my chest and he's purring always when I'm feeling good
I wanna cry so bad this made me so happy I just had to share it with y'all

ReflectionsInTime
Cats can really sense a person's mood. Perhaps it scares him or worries him when you're not feeling the best. Also, cats do not like loud noises or to be scared from something. Not saying you're doing anything wrong, just saying in general. Even allowed TV are loud music can traumatize them. Their ears are very sensitive, loud noises really affect them as they're hearing is so much better than ours. They also get traumatized if they hear people fighting or arguing. Play some very soothing light music for the cat and it will help his mood.
+ 2 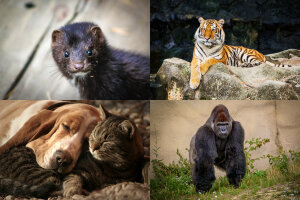