Home Groups People
How many scars do you have? I have four.. 3 stitches in my left hand (accid... | Community | Similar Worlds
Community
Follow
No Notifications
Only logged in members can reply and interact with the post.
Join Similar Worlds today »

How many scars do you have?

MrBlueSky
I have one on my thumb that's the only visible one I know of.
+ 1 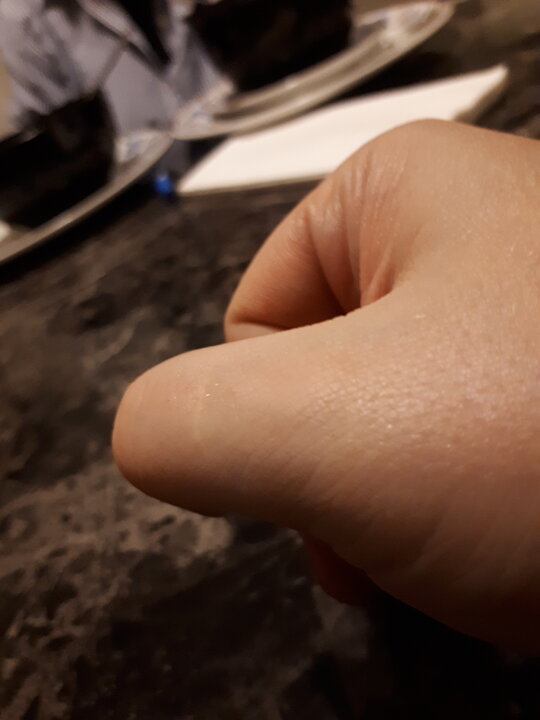 You can see the little white line if you look close. I was in grade 4 and some kind was messing with me so I grabbed him by the collar and he dug his finger nail into my thumb haha
+ 0 · Reply · Nov 22, 2020
Edited: 5 mths ago

Frequencys · M
6-7 physical, most on my scalp
so far unlimited emotional
+ 1

HannibalAteMeOut · 18-21, F
Man you've been through quite a lot! I have one on my chin since I fell as a kid and needed stitching and on my knees because again as a kid I wasn't graceful lol
+ 1

summersong · F
Two above my left eye, one tiny and one obvious
+ 1

Sidewinder · 31-35, M
One small one on my upper lip, which is barely noticeable.

I accidentally split my lip on the edge of a coffee table when I was about 4 or 5.
+ 1

LookingForTheSummer · 31-35, M
I have a few ones. The most recent one is on my face. I've been thinking of getting laser treatment to fix it. But I am not sure yet.
+ 1

CrazyMusicLover
I stopped counting. A cut on my finger, one from a skinned knee, one huge surgical scar, one from a mosquito bite than went bad, many from acne...still getting new ones probably, it's hard to see.
+ 1

Fairydust · F
I have one on my forehead, someone threw a brick at my head when I was a kid.

two in my eyebrow when I fell of a chair and hit my head as a kid.