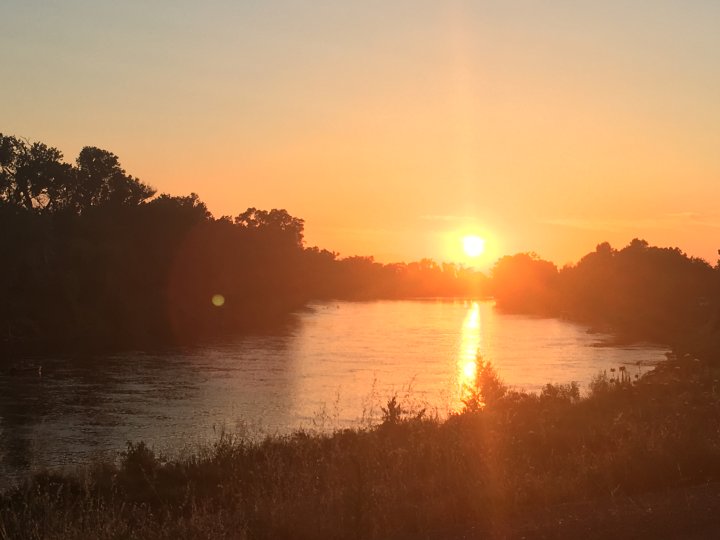 Notifications: · Newest First
Subscribe
Do youknow what happened to Sodom and Gomorrah?
God burned them up, and here is the proof the Bible told the truth.
[youtube=https://www.youtube.com/watch?v=FwTVFk1HK3Y]

COMMENTARY: Dead Sea Comes to Life!
Didn’t the Bible say something about the Dead Sea coming to life around the time we should expect Messiah?
December 6, 2018 | Israel Today Staff
A+ A-
COMMENTARY: Dead Sea Comes to Life!
A remarkable thing happened to me last week. I was studying the Book of Ezekiel in preparation for a weekend retreat when a friend forwarded a YouTube clip announcing the most incredible news, which is surely another significant sign of the imminent return of Jesus.

One of Ezekiel’s famous prophecies – widely thought to be allegorical rather than literal – is now being fulfilled just as he said it would 2,600 years ago!

In short, the Dead Sea is coming alive! Fresh water is now flowing into this Rift Valley expanse that has been unable to support life since the destruction of Sodom and Gomorrah thousands of years ago, useful only for drawing tourists to sample its healing properties while floating unsupported. And freshwater fish have now been seen swimming in the surrounding sinkholes that have opened up in recent years as the sea, made up of 33% salt, has been receding. See this CBN News clip at https://youtu.be/XzXw3fGP2Tw

In chapter 47 of Ezekiel, who prophesied while in exile in Babylon from 597 BC, the prophet describes a vision of an increasingly deep river flowing from the Temple in Jerusalem down towards the Dead Sea, bringing new life wherever it flows and supporting the same kind of fish as those inhabiting the Mediterranean.

Ezekiel wrote: “He said to me: ‘This water flows towards the eastern region and goes down into the Arabah (the Jordan Valley), where it enters the Sea (the Dead Sea). When it empties into the Sea, the water there becomes fresh. Swarms of living creatures will live wherever the river flows. There will be large numbers of fish, because this water flows there and makes the salt water fresh; so where the river flows everything will live. Fishermen will stand along the shore; from En Gedi to En Eglaim there will be places for spreading nets. The fish will be of many kinds, like the fish of the Great Sea (the Mediterranean).” (Ezek 47.8-10)

The vision comes amid the latter part of the book dealing with the promised restoration of the Jewish people both to their Land and their Lord. And I believe the ‘resurrection’ of a dead stretch of water reflects a time (near the end of the age) when the fortunes of Israel – long forsaken and persecuted – would be turned around.

This is what the world is now witnessing with the Jewish state emerging as a major player on the world scene with a thriving economy borne out of extraordinary innovation.

At the same time there is a growing movement of those who believe that Jesus is the long-promised Jewish Messiah, fulfilling the word that when the Jews are finally restored from all the nations to which they were dispersed because of forsaking God’s ways, they would be given a ‘new heart’ and, as with the Dead Sea, cleansed and ‘sprinkled clean’ of their sins. (Ezek 36.24-26)

You can be sure that all prophecy of Scripture will be fulfilled to the letter. Around three-quarters of Ezekiel’s predictions (81% of Bible prophecies on the whole) have already been fulfilled with pinpoint accuracy.

Take, for example, his prophecy of Tyre’s downfall. The Eastern Mediterranean fishing port would, he said, one day be razed to the ground and thrown into the sea, and the bare rock where it once stood would become a place for fishermen to dry their nets. (Ezek 26)

No other city, before or since, has ever been thrown into the sea, writes author and Bible teacher David Pawson in his masterful work Unlocking the Bible. “When Alexander the Great came marching down towards Egypt with his great army, the people of Tyre simply got into their fishing boats and sailed to the island half-a-mile offshore, knowing that Alexander had an army but not a navy.”

But when Alexander saw this, he commanded that every brick, every stone and every piece of timber in the city be used to build a causeway to the island, after which his army went across and defeated the people of Tyre.

Even today, fishermen’s nets are spread out on the bare rock of old Tyre, just as Ezekiel prophesied, while the modern city is out on the island with sand having silted up against Alexander’s causeway. If it’s in the Bible, you better believe it!

Ezekiel also had a profound impact on my personal life almost exactly 18 years ago when a verse from chapter 9 confirmed to my then new girlfriend Linda that she should marry me! I was widowed at the time and she had asked the Lord for assurance as to whether I was the right choice for her life’s partner, and he subsequently spoke to her heart directly from a rather obscure verse which told of “a man clothed in linen who had a writing kit at his side”. (Ezek 9.2)

The Lord then said to her: “I want you to support the man with the writing kit!” And of course I’m forever grateful for that. I couldn’t believe the extraordinary change in her demeanour towards me when I next called at her home. She had heard from the Lord – and that changed everything!

But we can all be assured that God is returning to his holy city because the end of this prophetic book actually tells us that it will be named ‘The Lord is there’ – a wonderful thought also reflected in Charles Wesley’s hymn on Christ’s return, which includes the majestic line, “God appears on earth to reign!” (See Zech 14.4)

A river of life from God’s throne is also depicted on the last page of the Bible in the Book of Revelation, which is all about what will happen in the days immediately preceding the Second Coming.

The biblical symbolism of life from the dead relates both to Israel (see Romans 11.15) and their Messiah. We are living in momentous times that could well usher in the return of our Lord. Watch and pray so that you (and your loved ones) are not caught unawares.
2 · Reply · Sep 15, 2019 | ·

Carazaa · F
[@669203,EugenieLaBorgia] Yes thank you! I have also heard that live fish has come into the dead sea through some stream which the Bible said would happen one day which is yet another sign to me that we are the last generation. God also said that many will fall asleep, and men's hearts grow cold because of iniquity. So it is sad many think he wont come back at all. I think he gives us another sign every day straight from the Bible if we know the Bible. If we don't then people are wondering what's with the world and all these storms etc.🌷
1 · Reply · Sep 15, 2019 | ·

theoneyouwerewarnedabout · 41-45, M
A society that was into sex and flesh and false idols..

TheSociopathicSadomasochist
Fun trivia
Anyone know why God destroyed these cities?
Hint, there is a scripture that tells exactly why god destroyed them, homosexuality was not mentioned
1 · Reply · Sep 15, 2019 | ·
View 25 more replies »

Peppa · F
Id be intrigued to see what areas in the world are currently most effected by global warming and see if it has any relation to the corporate government corruption
1 · Reply · Sep 15, 2019 | ·
Edited: 9 mths ago