Last year Trump banned travel to China and was labeled a racist. (Biden accused Trump of xenophobia)
Now when Biden bans travel to India why does he gets a free pass?

windinhishair · 61-69, M Best Comment
Trump's ban only covered Chinese nationals coming from China. He allowed American citizens to return to the US. Some undoubtedly were infected. None of them were quarantined, so the virus was able to gain or increase its foothold in the US.

Biden's ban on travel from India covers both foreign nationals and US citizens. US citizens who are traveling from India must still test negative prior to leaving the country, quarantine if they have not been vaccinated and test negative again upon reentering the US from India.

Jwalker
[@339454,windinhishair] Most of the infected people came from Europe.
+ 1

TheOneyouwerewarnedabout · 41-45, M
The establishment didn’t have their guy in.. so no matter what he did it was wrong.
Now they got their guy.. it’s all good 👍
+ 2

TheOneyouwerewarnedabout · 41-45, M
The establishment didn’t have their gut in.. so no matter what he did it was wrong.
Now they got their guy.. it’s all good 👍
+ 1

TheOneyouwerewarnedabout · 41-45, M
The establishment didn’t have their guy in.. so no matter what he did it was wrong.
Now they got their guy.. it’s all good 👍
+ 1

TheOneyouwerewarnedabout · 41-45, M
The establishment didn’t have their guy in.. so no matter what he did it was wrong.
Now they got their guy.. it’s all good 👍
+ 1

boudinMan · 56-60, M
because the left are total hypocrites and the media is in bed with them. plain and simple.
+ 1

QuixoticSoul · 36-40, M
[@396343,boudinMan] The American response was incredibly anemic and ineffective. Like I said - we had enough time and separation to enact the Australian scenario, and the potus squandered it.
+ 1 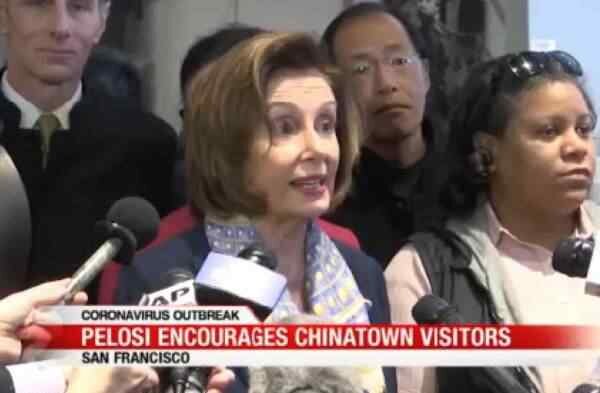 Jwalker
Hahahahahahahhahahahahhahahhahaaa, you don't see the difference. Wow! You must be so pissed off that Biden Canceled Meat and Dr. Seuss
+ 2

Rolexeo · 22-25, M
Because liberals have been called hypocrites a million times, they know they are, they don't care, pointing it out isn't going to change anything.
+ 2

Jwalker
[@1201398,Rolexeo] So because the GQP politicized a virrus you want people from infected countries to be allowed to come as they please? Please come and spread new variants of COVID.
+ 0 · Reply · May 3, 2021

Except that didn’t happen and it’s not the same at all.
+ 1

QuixoticSoul · 36-40, M
Trump was not labeled a racist over his China travel restrictions - dems carefully avoiding criticizing that move, even arguing that it didn't go far enough, especially as we knew the virus was spreading in Europe.

ShadowfireTheWorthless · 41-45, M
Trump didn't explain why he was implementing a travel ban to China, or anything about COVID-19. He just expected everyone to obey him. Now we know the reason, and in particular, we know that India is a dangerous place to visit.
+ 0 · Reply · May 4, 2021

Jwalker
[@1201381,ShadowfireTheSarcastic] Trump was trying to promote a Trade Deal with China when COVID hit. He was disappointed that COVID took over the headlines. He first said China was doing an excellent job before he switched over to the Kung Flu garbage. The great thing about being a Republican is if you said something in the past it never really happened at all. Fake News Sometimes the past is days or even hours. Just look at some of Trump's flunkies like Lady G or Cruz.
+ 1

Haniazed
It’s kinda like when Trump got the vaccine developed and approved, Republicans were like ‘Operation Warp Speed is the greatest achievement ever” and “no other President could have achieved it” and “he deserves Nobel Prize” while the Dems were like “I don’t trust the vaccine if Trump is behind it”. And now that it’s Biden distributing the same fucking vaccines and the Dems are like “get that shit in me now!!!” And the Republicans are “fuck no! This is all a part of the NWO!!!” while most of the right wing propagandists have all been vaccinated😂😂😂 Americans are all sheep
+ 0 · Reply · May 4, 2021

Graylight · 46-50, F
Are we really still asking these questions? First of all, Trump did not ban on travel to and from China. Not even close. What he did do is place travel bans on countries in the Middle East that had shown no virus spread whatsoever.

What Biden's doing is protecting the borders - and remember, you guys love that - by not allowing a known and grave danger on its shores. Obviously a very different thing. But then my guess is the Biden will also offer humanitarian assistance, something Trump never would have done.
+ 2