[quote]Former President George W. Bush suggested the Republican Party needed to reach out to a more diverse coalition of voters if it wanted to come back into power.

'If you Republican Party stands for exclusivity - you know, it used to be country clubs, now evidently it's white Anglo-Saxon Protestantism - then it's not going to win anything,' Bush said in an interview with The Dispatch podcast last week.

Bush was asked about a recent initiative from far-right Rep. Marjorie Taylor Greene to form a House 'America First' caucus that's in favor of 'Anglo-Saxon political traditions,' with respect to immigration.

Asked if the GOP followed that path for the next three to five years if Bush would still be a member of the party.

'No I'd say there's not going to be a party,' Bush replied. 'You know, to me that basically says that we want to be extinct.'[/quote] 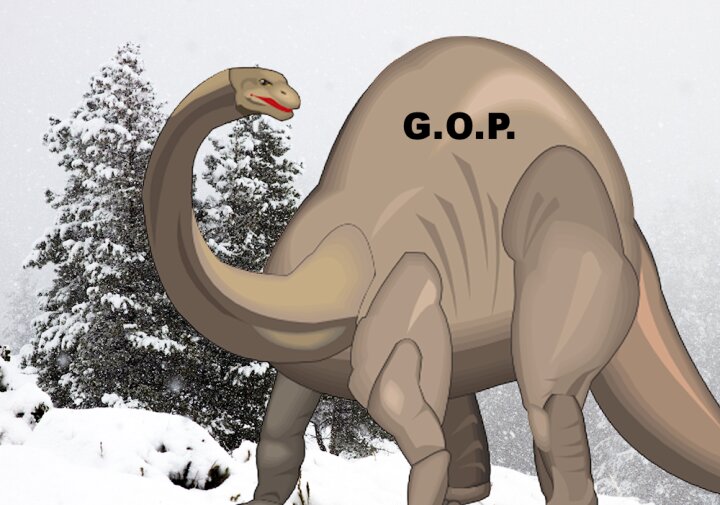 tindrummer · M
Respect him for this, despite him for Iraq.
+ 2

PrincessAwesome · 18-21, F
I do find it funny how open Republicans are being with their fascism these days. Most of us know that the Right still hates Catholics, but they've been keeping that on the down low for a while.
+ 4

Because he's a decent human being.
+ 3

MarmeeMarch · M
LOL - the GOP doesn't have to do squat. Biden barely got elected by those swing states. The GOP may not be in full power now but nothing stays the same.
+ 0 · Reply · 4 days ago4 d
View 45 more replies »

MarmeeMarch · M
[@802348,JoeyFoxx] Whatever dude - we know you are so very busy, and just the time it took you to respond makes my heart leap with excitement. Thank you very much - I humbly prostate myself before thee.
+ 0 · Reply · 3 days ago3 d

MistyCee
GW actually gave a crap about the country, unlike Trump's malicious followers who basically just want to hurt others, and Trump who sees them was suckers for his ego.
+ 9

KaiTheHuman
Well, he's right. The Democrats are always chided for not reaching out to white working class voters, and rightly so. Likewise, the Republicans can't win elections if they keep alienating non-white people. Non-white people are going to be the majority in this nation by 2050. Republicans can't be the "party of white people" forever; it's not a sustainable model.
+ 7

tindrummer · M
[@731023,KaiTheHuman] With enough voter suppression that dog can hunt till way after dark.
+ 1

MistyCee
[@731023,KaiTheHuman] yeah, but the major goals of Trumpism are not sustaining or even [i]conserving[/i] anything.

What's really sad is that the GOP leadership got so pathetically weak that it allowed itself to let Trump get the nomination in 2016 and then sold out its soul for judges.
+ 6

CULTure · 31-35, F
Eh it can be said that there is a backlash to the more extreme side of progressivism so I think that statement is false.

It's not that anglo-saxon political traditions are correct, they're not, it's just I question if the GOP would just fall apart if they don't give those views up.
+ 0 · Reply · 4 days ago4 d
Edited: 4 days ago

MistyCee
[@394395,CULTure] well, there's always owning the libs, but the problem is, the GOP resurrected itself after Clinton beat them to the middle by appealing to racism and xenophobia.

Rebranding and remessaging is going to take some time and probably replacing Biden with someone else first.
+ 1

Backdoortothesublime · 41-45, M
Exactly. That's why there has never been more blacks and Hispanics registered in the party ever.🙄

* his 5.54 point victory in was the [b]LOWEST[/b] by any Republican presidential candidate in Texas since 1996.

Trump has done more to help the Democrats make gains in Texas than any Democrat from Texas has done in the past three decades!
+ 0 · Reply · 3 days ago3 d

Burnley123 · 36-40, M
He wants a broad coalition of people who are OK with bombing brown people but not OK with trash talking them.
+ 1

I'm talking about entire societies. Million dollar question - What was the actual party name NAZI is an a acronym for?

It's not what your groovy gender studies prof told you. Guaranteed
+ 0 · Reply · 3 days ago3 d

deadgerbil · 22-25, M
[@1195324,Backdoortothesublime] they are hardly ignorant randos lol although you are definitely befitting of that description...

And here's the actual million dollar question... Were they actually socialists?

[quote]Hitler banned all political parties other than his own, and prominent members of the German Communist Party and the Social Democratic Party were arrested and imprisoned in concentration camps. Lest there be any remaining questions about the political character of the Nazi revolution, Hitler ordered the murder of Gregor Strasser, an act that was carried out on June 30, 1934, during the Night of the Long Knives. [b]Any remaining traces of socialist thought in the Nazi Party had been extinguished.[/b]

So much for this being a leftist ideologies. God forbid people actually look past simple names and actually know some history...

And I've yet to have a groovy gender studies prof, but keep talking nonsense lol
+ 2

deadgerbil · 22-25, M
It's something that the republican party will have to wrestle with. I mean, the white racist elements of the US are firmly on their side... Neo Nazis, kkk, etc, so that weird America First caucus has direct appeal to those who want to latch onto Anglo Saxon traditions
+ 1

Peapod · 56-60, F
I didn't care for Bush's policies in the day, but I do think he accurately sees the Republican party for what they have become.
+ 4

whowasthatmaskedman · 61-69, M
[@711251,Peapod] At this point genuine Conservatives have a decision of conscience to make. Ride the tiger in an attempt to hold power. (Hows that working out for you so far?) Or decide to not turn out for something they dont believe in as a form of radical surgery to purge the sickness from the party. Now in My view that is what Paul Ryan did very early in the piece.
If as few as five to ten percent of Republican voters simply stay home, the party will lose pretty much every contest and Flush the Cruzs, McConnells Grahams and Greenes from party.
+ 1

beckyromero · 31-35, F
[@621893,whowasthatmaskedman] [quote]If as few as five to ten percent of Republican voters simply stay home, the party will lose pretty much every contest and Flush the Cruzs, McConnells Grahams and Greenes from party.[/quote]

MarkPaul · 22-25, M
They don't care about winning anything. Hidin' Insurrectionist Baby-trump's swamp buddies just want to keep raking in the money and "the base" just wants to keep the high going from feeling like they are "owning the libs."
+ 2

beckyromero · 31-35, F
Who would have thought a post about George W. Bush would generate 124 replies in a day.

Shows we know what the answer is to... 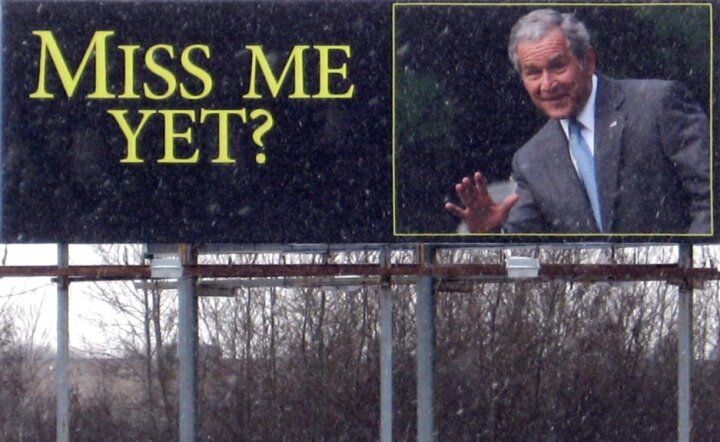