Remove Ads Get VIP
Home Groups People
So the US is already seeing the first of what will be a wave of eviction pr... | Politics | Similar Worlds
Politics
Follow
No Notifications

So the US is already seeing the first of what will be a wave of eviction protests. Should be interesting to see how the right wing spins this since

the states that will be throwing people out on the street first are all deep red states. That will kind of make the "leftist antifa" bullshit more difficult to maintain.

LvChris · 36-40, M
They’ll blame democrats. “They blocked more relief!” Even though there has been a bill for more relief sitting, rotting at McConnell’s feet since May.
+ 6

PicturesOfABetterTomorrow · 36-40, M
[@335805,LvChris] Though they are certainly not blameless if the Dems are smart they could make some serious gains in the election throwing Mitch under a bus.
+ 2

SatyrService · 100+, M
For a while not it is red states that are blowing up, with cali being the "but we want to go parrtttyy" exception.
Remember, Redhats, think that suffering is justice.
If your poor? You dont work enough.
If you get evicted? It's your fault

This is the punisher personality at work.
Anything not right? Then it is someones fault and they need to feel the pain.

PicturesOfABetterTomorrow · 36-40, M
[@10989,SatyrService] I don't disagree with you. That being said that argument gets harder and harder to maintain when half of renters in the entire country can't make rent. Mortgage payments are probably similarly dire. And it is especially red states that have no help with that. At a certain point it is hard to convince even the most die hard conservative that half the country just woke up and decided to be lazy and not pay rent.
+ 1

Carla · 61-69, F
I heard trump saying something about an executive order to stop evictions.
He is an American hero 🙄
+ 1

PicturesOfABetterTomorrow · 36-40, M
[@548295,Carla] Isn't evictions a state level issue though? I mean that is exactly why people in red states are going to get thrown on the street first. I mean sure congress was able to prevent the inevitable by basically funding a bandaid but even the Senate has made it clear they will not pass another stimulus bill. So I don't personally see what an executive order could do. Plus I am not sure if more edicts by Trump are a good solution long term anyway. My sense is Trump would do this to get public support for his and Barr's doctrine of a unitary and absolute executive and rendering congress less and less relevant.
+ 2

keeper · 41-45, M
At some point, you gotta pay the bills. A reprieve was given, there has to be limit to that time frame. Obviously people wont agree to what that point is.

An underlining common theme in all of this is accountability, no matter what political side you are on.
+ 0 · Reply · Aug 3, 2020
Edited: 8 mths ago
View 52 more replies »

SevIsPamprinYouAlways · 51-55, F
I would love to know which person who’s blocked me is the one you’re responding to. The list is now impressively long[@346344,PicturesOfABetterTomorrow]
+ 1

It has not hit yet but it will as the government is withdrawing subsidies to companies and the laws on eviction are being re loosened. We are heading for at least 10% unemploynent and mass poverty.

One of the problems is that since Corbyn resigned as Labour leader, we have an opposition that doesnt oppose the government on anything. Corporate centrists will at best 'both sides' disputes between renters and landlords. Also workers and employers.
+ 1

Burnley123 · 36-40, M
[@346344,PicturesOfABetterTomorrow] Starmer doesn't even do the radical idpol stuff. For example, he did (awkwardly) take a knee but has also heavily underplayed blm in an interview.

Its entirely possible that Starmer would have done less state intervention than the Tories were he in power right now. His strategy is the path of least resistance and the only people he is prepared to fight are on the left of his own party. Is what it is.
+ 0 · Reply · Aug 3, 2020

Burnley123 · 36-40, M
[@346344,PicturesOfABetterTomorrow] Yup. I voted for Long Baily but I did hope that Starmer would be a bit better. He isnt a soft left social democtat or even Trudeau though, he is new labour.
+ 1

He says that the blue states generate most of the wealth in America and that the Federal govt redistributes money in a way that benefits the red states.

Its just an economic fact and not really disputable.
+ 3

PicturesOfABetterTomorrow · 36-40, M
[@327405,theoneyouwerewarnedabout] The problem is the first states that will have their citizens thrown out on the street are deep red states. And the antifa boogey man won't help in this case. This will be direct fallout of right wing policy.
+ 3

SmartKat · 56-60, F
I think people who are evicted as a result of COVID should set up huge tent cities in wealthy residential neighborhoods.
+ 2

PicturesOfABetterTomorrow · 36-40, M
[@573853,DukeOfEarle] And you just proved conclusively you don't even understand the words you throw at people.
+ 1

MarkPaul · 22-25, M
[@573853,DukeOfEarle] Please reply if you agree Baby-trump is a confirmed loser who is lost, over his head, and mentally and physically incapable of functioning in society.
+ 1 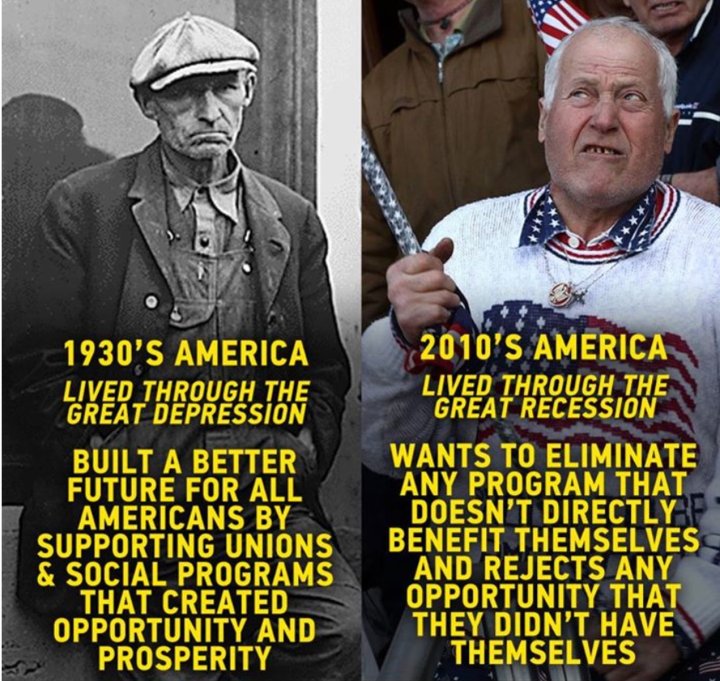 MistyCee
This is the economy starting to really crash, and it's an opportunity for leadership to step in and figure out what to do.

I've got zero confidence that Trump will figure this out, or that he'll want to do anything more than blame someone. 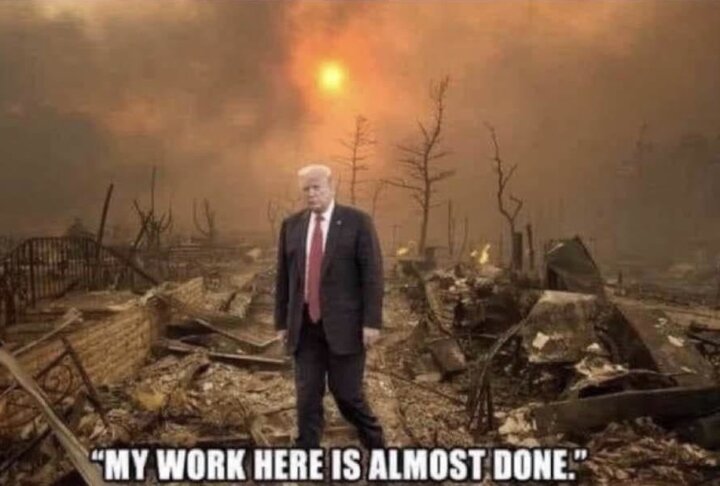