For the first time since the bullshit re-invocation of the Crimean War by Vlad Drat Putin, the price of diesel fuel has finally dropped back under A$2 a litre at some of the retail fuel outlets on my route(s) to/from work, so I was able to fuel up my 4wd which was almost empty with 120 L for just under A$240 (it takes 140 L total).

That'll keep me going for about 6 weeks of driving to/from work.

For comparison, during Covid Lockdown 1.0 in from March to mid-2020 fuel prices collapsed to under A$1 a litre because everyone was locked down and/or forcibly kicked out of their jobs and there was a massive glut of pre-commited retail fuel stock basically unsellable because nobody was travelling and most businesses were 'suspended'. 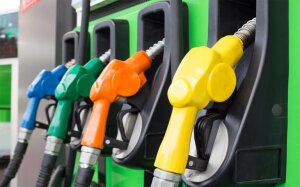