Bit of a specialized question here for creationists. Mokele-mbembe: the living sauropod dinosaur hiding in the Congo. 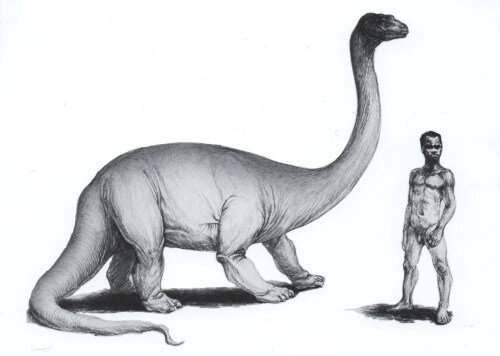 Yeah, like if a living sauropod dinosaur was legitimately and undeniably discovered.
+ 2

No kidding. I would LOVE to see a living (non-avian) dinosaur!
+ 1

GodSpeed63 · 61-69, M
Evolution has already been disproved time and again whether we find a living dinosaur among us or not.
+ 1

SW User
[@764286,Bushranger] Indeed. I just followed couple of his posts. Looking at the Best Answers he has given and the quality of those, and the people involved in this group (S&R). It seems he is most likely creating multiple accounts, asking a question, answering himself and selecting a BA.
for example:
https://similarworlds.com/19-Spirituality-Religion/3732908-WILL-SCIENCE-DISPROVE-GOD-You-know-where-I-stand?com_id=44771118&ncom_id=44771180&sort=1

Seems like we are wasting our time following their posts. Not only him (may be all are him :) , we don't know), I find few of them very arrogant and they blatantly claim that their religious belief is superior to others. They demean other peoples belief and whom they worship. These people claim themselves to be self righteous and boast that their God has given them the license to hurt other peoples feelings. My only surprise is that this forum doesn't have a filtering mechanism for the posts based on the contents and these contents are quite harmful.
I am also born into a Christian family but I am proud that I am not as shameless as these people.
I am happy to accept nature as God and our mother earth has given us everything.
+ 2

SW User
[@764286,Bushranger] Yes. That's true.
Surprising thing is that they are offended when their belief is questioned where as they think they have the license to talk any nonsense about the belief of others. To put it short this is the essence of all their arguments. 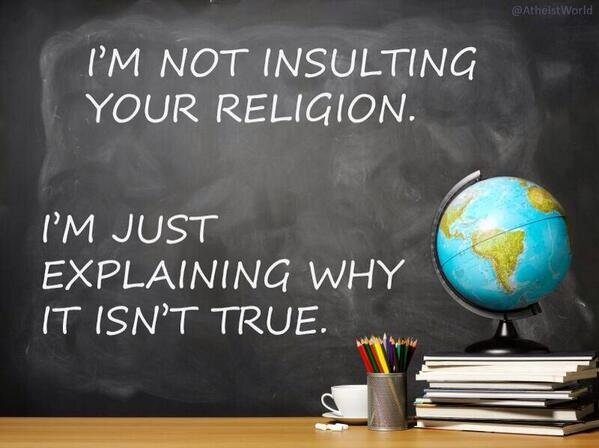 Disbelief in evolution is a tenet of their religion. You might as well ask what evidence would convince them to become Scientologists.
+ 3

BetweenKittensandRiots · 31-35, TVIP
[@764286,Bushranger] a lot of people find comfort in religion but that's just it I think about things like how some children are born with cancer the AIDS virus and how it was seen by christians as gods wrath on the sinful and regarding origiinal sin it doesn't make sense that babies could be born with cancer since they couldn't possibly commit sins in the womb so some other mechanism necessarily had to be responsible for them being born that way, and the thing is that it makes the idea that any part of this process could have been by design to me horrifying....

People find the idea of seeing their loved ones in the after life comforting while I only think about the degree of suffering on the planet and think about how fucked up it would be if it were all by design and want someone to justify having created so much merely to it seems suffer.

ArishMell · 61-69, M
I don't believe they are interested in "proving" anything, Pikachu.

To some of them at least, their interpretation of the Bible is true, absolute, end of argument; there shall be no study, analysis, evidence, corroboration or even thought of the Bible or of any other narrative; we shall have no right to question either it or them, for that is heresy.


I think some at least are terrified to question the Bible, but certainly cannot see that it is merely a record of one ancient society's religious beliefs.

I think them also terrified of the basic point that science aims to understand [i]how and when [/i]things happened and when, not [i]why [/i]or [i]by/for whom[/i]; and in the corollary that you can even be a professional palaeontologist, geologist or astronomer but still believe in God (some do, though it may make such belief harder).

If they want their beliefs personally that's their loss not yours or mine; but I object to the campaigns by some of them to replace science with their narrow vision in schools. (Wasn't teaching the Theory of Evolution actually illegal in some parts of the "Land Of The Free", even in the fairly recent past?)

What's noticeable is that when challenged to explain the motive for that replacement, they either cannot or will not. That leads me to suspect it has little to do with a "science v. religion" contest that is very out-dated and was never meaningful anyway, and much to do with coercive and controlling behaviour.
+ 6

Pikachu
[@519706,ArishMell] many of them certainly seem to find science threatening to the point where organizations like AiG actually declare that any science which contradicts a literal interpretation of the bible is false science.

ArishMell · 61-69, M
[@360493,Pikachu] I learnt only recently and rather to my surprise that some of the earliest Christians commentators realised that a literal interpretation of the Old Testament myths was not sensible. They could not have proposed anything like our what we now know, but recognised the stories are allegorical not rigidly historical.

I wonder how and why the modern creationist cult developed. We know where, principally the USA, which is not alone in breeding conspiracists and myth-makers, but the world leader in that black art!

Biblical literalism or at least close adherence was certainly strong in the Christian world in the 18C and 19C, and even when early geologists and palaeontologists rejected the Six-Day myth they still accepted the Flood myth. However such adherence generally faded as people recognised that understanding God's creation's physical reality is if anything, respecting God, not attacking Him.


Perhaps the best known is William Buckland (1784 - 1856), the English, professional theologian and pioneering geologist and palaeontologist.

He initially described the hyena and other animals found in the British Isles now only as bones in cave sediments, as [i]Ante Diluvinae[/i] (Before The Flood) in his treatises. Even these Quaternary fossils are much older than Babylonian / Hebrew history, but Buckland had no way of determining their ages. He did though support a two-part interpretation of Genesis recognising the planet formed far before life on it, and far before the 4000 years estimated by Bishop Ussher from Biblical lineages.

Later Buckland realised what he'd first thought effects of the Flood were better explained by newly-forming theories on glaciations; and he supported those. Theories subsequently leading us to understand the Ice Age (alternating cold and warm climate phases) in which we are presently living.


Most of the 18-19C scientists were religious but still had to be careful if they wanted widespread acceptance in a still very religious society. The established Churches still had too much power for anyone's good; and though they had abandoned the "heresy" charge, in some ways they could presage the modern Twitter bully save importantly for being open, not anonymous.


So if we knew by the late-19C that you can still respect the Judaeo/Christian God whilst following science rather than OT allegories... why the modern fad for scriptural slavery and 17C ignorance? At least the 17C's ignorance was genuine.

Maybe as you say, it is a passing fad; but it is still strong, especially and surprisingly so in societies that like to boast of being so highly-developed and highly-educated. So what are literalism's attractions?

One I think, is simple fear of the religion itself; rather like the abused spouse finding excuses to stay rather than flee. (Domestic abuse by enforced religiosity may indeed explain some of the fearful.) Another perhaps is a desire for a spurious "certainty" and simplicity, lacking in the natural uncertainty, curiosity and review so important to science and learning.


As for the pro-Creationist pressure-groups, I call them the "Commercial Creationists". I do not know if they really make money from it, but it would not surprise me. They tried to muscle in on British schools, but were rightly seen off. Creationism might be a topic for a religious-education class, but is not a manipulative replacement for science.
+ 0 · Reply · Feb 4, 2021 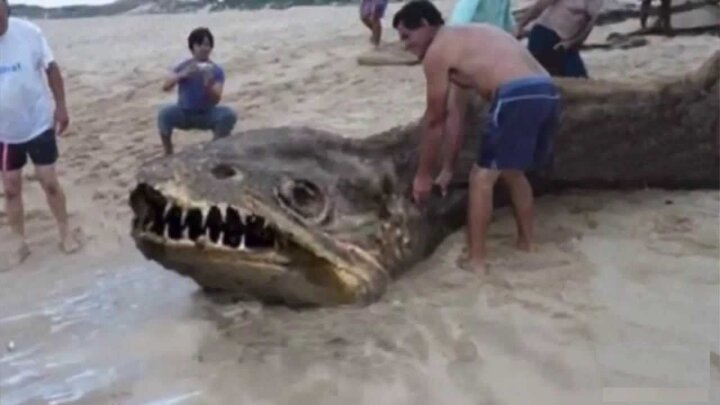 ArishMell · 61-69, M
[@397571,PinkPunk] Good question. Evolved from some groups of them, maybe, as are the birds. The Cretaceous / Tertiary mass-extinction wiped out most the dinosaurs but not all of the reptiles; nor the early mammals. The crocodilians were around and must have survived.
+ 2

Crocodiles co-existed with dinosaurs and share heritage as archosaurs but they are not dinosaurs.
Birds evolved directly from dinosaurs and are in fact still a subgroup of dinosaurs.
+ 0 · Reply · Feb 5, 2021 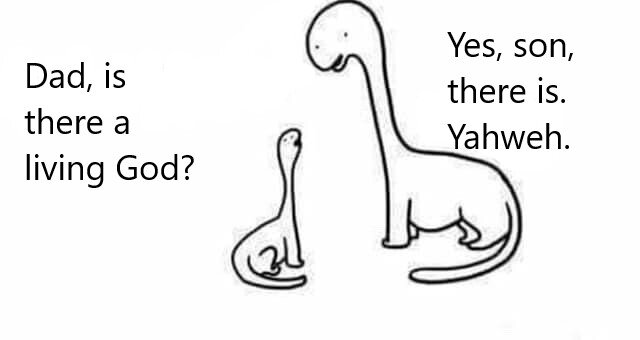