You haven’t proven god yet.

All your creationism video do is show what nature and evolution produced. They don’t prove a god was behind it.

rckt148 · 61-69, M
Personal experiences aren’t meant to prove God exists ,a testimony just helps to strengthen the faith of those who believe .

There is a good book and now movie
“ making the case for God “
An atheist ready to leave his wife because a woman saved their child and she felt God placed the woman there because she told the lady she wasn’t suppose to be there .

He goes to scientists ,historians and religious scholars and was amazed at all the evidence to disprove things he was taught ..

But I loved what his Dad told him ,
Both sides require faith in what you hold to be true ..

I was healed of a life time of addictions instantly ,no withdraw at all ,
I know it was God .
My kid was crippled for 4 yrs ,her spine breaking down ,but We believe Christ touched her and healed her ..
Had it only been she was able to walk was one thing ,but MRIs and X-rays and other tests showed it was more then that ,
Her bones were healed and the doctors words to me were “ you have a miracle on your hands “ the MRI taken today does not look like the same spine .

I could share other such events but I know to the unbeliever it’s not proof .
To us it’s all the proof we need and we don’t deserve that .

Secular scientists are now uncovering more and more that lead them to say there is a grand design , not just a bang .
More and more is being learned about DNA once thought useless ,now I’m told it’s the road map for all life and has a language built in .
But what does it matter if a carnal mind is an enemy to God .
He’s used the simple things to confound the wise .

But I’m not looking to convert anyone ,that’s not my job .
My job is to share what I’ve seen ,and let the Holy Spirit help the hearer decide for themselves if they believe it or not .

I’m not even sure if I’m the end when those who say they love God face the final tests if I’ll overcome ,or cave to save my family from starvation ,trusting myself and not God ..

A lot of people playing church won’t be as bold and sure when it could cost you your life for choosing to follow God over religion ..or saying you love Christ at all .

Christ said in the last days we would be hated for his namesake , that’s already happening ,so something else He said coming true .

But it’s funny how many have to argue with others about someone they say doesn’t exist ..

My brothers days aliens are coming to rapture him after a planet hiding behind the sun collided with earth and begins the end of days .
If that’s what he believes more power to him ..
Not going to hate him or chastise him because he doesn’t believe as I believe .

Salvation and faith is a personal walk we often face alone .
If church’s attack me for saying the 7th day is still Holy ,,
Why would I expect the world to treat me any better ?

The more I’m attacked the more I believe .I must be doing something right
And Satan is not pleased with me ..
So negotiate comments are a waste of time ,those who know me know I can’t be moved ,,but I’m not trying to convert anyone ,,just testify as to what I’ve seen .
That is my reasonable service to the Lord
Nothing more ,nothing less .
I’m not trying to prove He’s real ,
He had to convince me ,I believe he did .
+ 4

Oberon1 · 56-60, M
I just don't understand why you are so excited about what other people believe. I don't see anyone proselytizing anyone around here. If the proof that you live and breathe on this amazing delicate blue ball in space is not proof enough for you, then you will have to wait until you close your eyes for the last time. The heavens and the earth declare God clearly and loudly, and if you can't see and hear that, then it's your problem and not the problem of the believer. I see proof everywhere. You just can't see it right now. I hope you do before you die, and I hope you are grateful for everything He has given you, and I hope you give your will and your life over to God. If God chooses you, you will believe. If you are not His, you never will. Only God knows who are His.
+ 3

DocSavage · M
[@349935,Virgo79]
It’s not just god that you believe in , it’s the religion that supports your god. Christianity, Islam, Hinduism, are only good if their right . A creator god, doesn’t automatically mean that any of the religions are true. Christians need Yahweh to be real, in order for Jesus to be of any value or use. Islam needs Allah. If god isn’t real, then all the religions are nothing but fairytales.
+ 2

rowena · F
[c=4C0073]evolution doesnt do math precisely ..
most flowers, plants, animals and beings on earth have the golden ratio calculated and designed within them .. there are some factual documentaries on it you can watch on youtube or discovery channel.
This points to a higher power designing everything, is it God? i dont know for sure, but for sure it wasnt all by evolving or by accident[/c]
+ 3

DocSavage · M
[@26363,rowena]
Evolution is blind. That’s the point of natural selection. A species that has a beneficial quality with live to pass it on, which will send the species in that direction. There’s no plan or guidance to it.
+ 1

DocSavage · M
[@25801,DeluxedEdition]
Next time the Doctor shows up, we’ll go to the beginning of time and get a few pictures on my iPhone. Til then, what have you god in line of evidence ?
+ 1

Driver2 · M
[@25801,DeluxedEdition] some people always think they are too intelligent to have faith in god.
The lucky ones find out they were wrong before it’s too late .
+ 3

Those who have faith and belief are entitled to

And those who don't, are also entitled to
+ 3

FreeSpirit1 · 46-50, F
[quote]We are all atheists about most of the gods that humanity has ever believed in. Some of us just go one god further.
[b]Richard Dawkins[/b][/quote]
+ 3

DocSavage · M
You have to show some evidence that your god exist before it can be proven wrong.
Your childish attempts to avoid you burden of proof don’t impress us.


If your going to play, play fair. 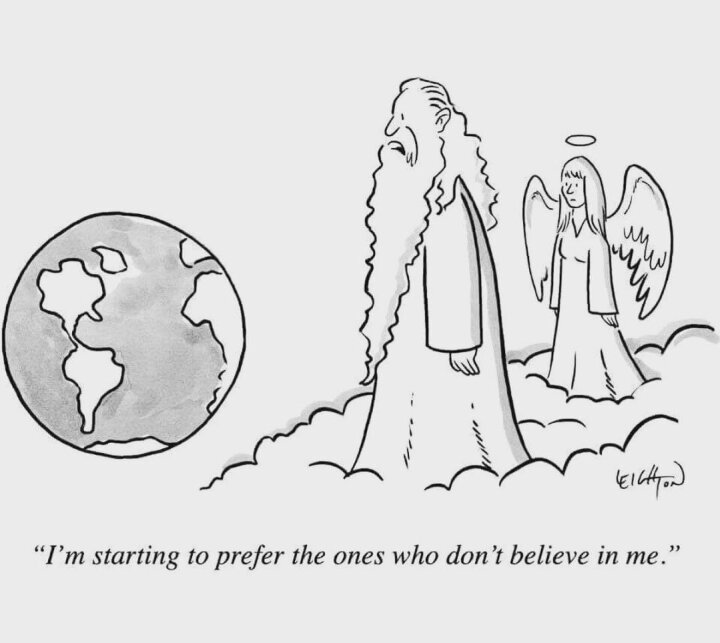 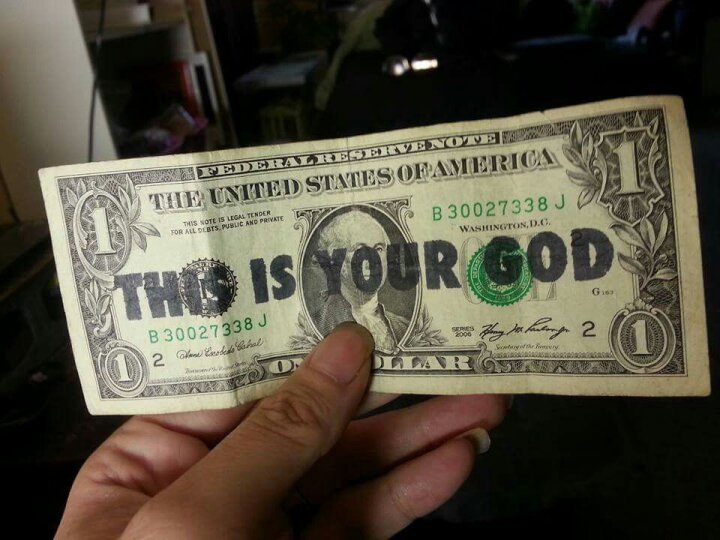 Sharon · F
Odin built it all from the remains of Frost Giants. It must be true because no one has been able to prove it isn't. ;)
+ 1

SweetNSassy · F
[@1181110,fernie2] You can laugh and mock me all you want, it doesn’t bother me, But if you think about it we all have blind faith everyday, we plan for the future, we have a savings and plan for retirement and we have no guarantee we will live to see tomorrow. Just sayin.
+ 1

fernie2 ·
[@465377,SweetNSassy] I mock the fairy tale, I did not laugh at you. I have faith that the sun and moon will come up each day. I have faith in myself. My faith is based in reality...blind faith is programming, control,being forced to love some sky fairy we fear. All religions are cults. I have faith in that
+ 0 · Reply · 20 hrs ago20 h

MarmeeMarch · M
Nobody has to - either you believe or don't

Sharon · F
[@760047,MarmeeMarch] [quote]And nobody cares one way or another.[/quote]
I disagree. It's clear that some christians get very annoyed by the fact that a lot of people don't believe in their imaginary friend.
+ 4