Not surprisingly, a whole lot of people have had a heckuva lot to say about Twitter announcing in a press release Monday that “it has entered into a definitive agreement to be acquired by an entity wholly owned by Elon Musk, for $54.20 per share in cash in a transaction valued at approximately $44 billion.”

In general, conservatives by far have been the most excited and receptive to the news, while the meltdowns from Twitter woketivists, mainstream media “journalists,” and Twitter employees alike have been pretty predictable and, quite frankly, hilarious, especially when you consider their previous advice to conservatives about how they should just “start their own platform” if they didn’t like the way Twitter treated them.

Also weighing in on the Musk/Twitter news have been Republican and Democrat politicians alike. I must say that the “concerns” expressed by Congressional Democrats about the deal are pretty telling, especially considering how Twitter unabashedly carried Joe Biden’s water in 2020 to the point they even censored stories critical of him, like the one from the New York Post on the Hunter Biden laptop emails that broke just a few weeks before Election Day. Some post-election reports indicated that their suppression of the story helped Biden.

But in perhaps the least self-aware tweet of all time – and if not, certainly a top-five contender, House Intel Committee Chair Adam Schiff express his worry to Elon Musk that Musk’s “personal views will stop the fight against disinformation on social media”:

He makes a great car and rocket.

But I’m concerned his personal views will stop the fight against disinformation on social media.

That the undisputed king of disinformation and the suppression of facts that are inconvenient to Democrat narratives expressed such a “concern” was not lost on Twitter users, including The Federalist’s Sean Davis, who cleaned Schiff’s clock in response:

[b][i]Sean Davis
@seanmdav
You fabricated text messages from Jim Jordan. You lied about Russian collusion. You fabricated emails from Don Jr. You are the last person on earth who should be whining about “disinformation.” YOU are the biggest source of disinformation in the country.[/i][/b]

[i]I feel like I should feel sorry for all these leftys.
BUt, I don't.[/i] 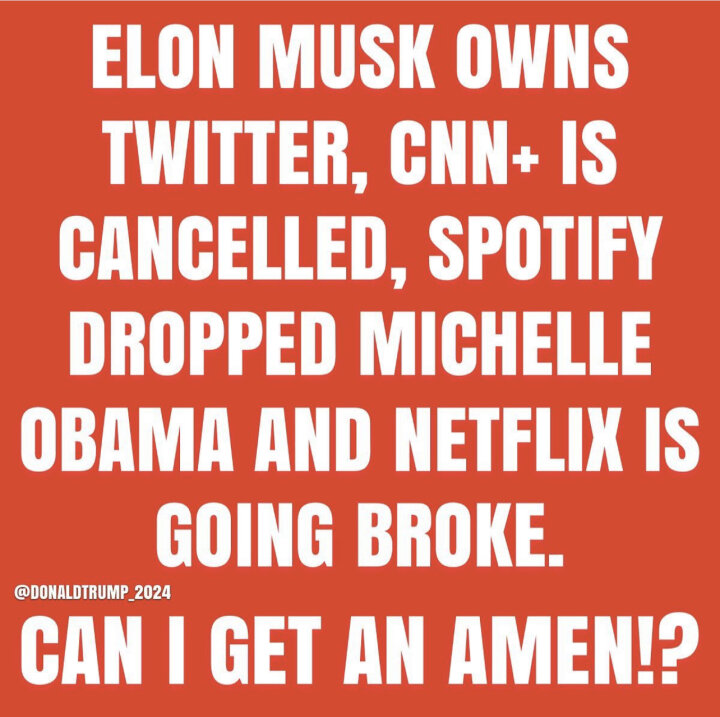 AbbeyRhode · F
Lol! The hypocrisy, self-delusion, and pure BS from these people is off the charts. I share your delight at the sight of all the exploding liberal heads at the mere thought of freedom of speech existing on Twitter. 😂
+ 5

LetsGoBrandon · 31-35, M
He's fucking scared right now...the old past of the Witch Hunt is coming back to haunt him.

DavidT8899 · 18-21, M
As far as Im concerned,Schiff should have been expelled from Congress long ago,and should probably be in prison.But then,thats true of alot of rhe Dems.
+ 3

akindheart · 61-69, F
i just signed up for Twitter. they ask you to choose who to follow. EVERY SINGLE choice was Democrats. unbelievable. And Schiff? he is a POS
+ 3

MrAboo · 31-35, M
Honestly I just wish we as a country would send the politicians to jail and uphold our constitution on our own and directly elect members to congress who have the best interests at heart for the US. Not ever going to happen though as we’re all in distracted by the rat race and social media.
+ 2

dakotaviper · 51-55, M
Many from the Left are running scared right now. Because the only Free Speech they care about is what is put forth in complete agreement to their agenda and views. They cannot stand it when anyone disagrees with them.
+ 1