We don't TikTok with the Chinese lol

Free Fire to TikTok: All the 273 Chinese apps that Indian govt banned so far!

The government says that these apps are allegedly obtaining critical permissions and assembling sensitive user data. It is being said that the collected data is being misused and transmitted to servers located in a hostile country.

"In addition, there are other serious concerns as some of these apps can carry out Espionage and Surveillance activities via camera/ mic, accessing fine location (GPS) and do malicious network activity similar to previously blocked apps. These apps were allegedly engaged in activities prejudicial to the sovereignty and integrity of the country also posing serious threat to Security of the State and defense of India," the government said.

Besides, this is not the first time that the government has banned Chinese apps. So far, around 273 apps have been banned in India. Last year in June 2020, popular apps like AliExpress, Weibo, WeChat, and Shareit were banned from the country.

revenant · F
@Tesla so well said !!! Europe has such superiority complexes and think the rest of the world should follow its ideologies. Europeans postering and wanting to give morality classes 🐒
+ 0 · Reply · Sep 23, 2022
Translate

revenant · F
@Tesla am in the west and feeling alienated here. Reading Indian books at the moment on kriya yoga :)
+ 1

cherokeepatti · 61-69, F
Yeah I knew about that. And China has bot farms they are making money on by contracting with some powerful individuals. Why if someone keeps spinning arguments even here I will block them. Could be bots or paid trolls.
+ 1

Tesla · 36-40, F
@cherokeepatti So i dunno if u know but china completely surrounded India to dominate the Asian continent and affect the export of oil going into the West through the Indian Ocean. They called it the string of pearls strategy

So India came up with another strategy called the necklace strategy. It's a good read and interesting..
Do read it

ABCDEF7 · M
@Tesla This is not made it clear by anyone. He himself explained what all he knows about it.

Tesla · 36-40, F
@Stereoguy it's such a ridiculous concept. I feel the same for Snapchat too lol but people love it. Tiktok was just a medium - real reason to ban is something else lol
+ 1 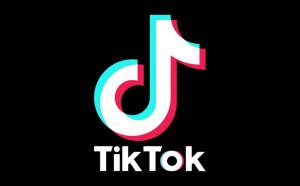