Looking for a safe place to communicate with others

I like to have conversations with like minded people. I have had good experience with that in the past. There was a place called the experience project that was available for anyone to communicate on line. I found it safe and calm. It was a great opportunity to talk.

Jorogumo · F
EP was awesome in the early days, this is nothing like EP.
+ 3

JollyRoger · 70-79, M
@Jorogumo I think people hesitate to 'open up' on SW because of the trolling. I feel that way because IF I have something I want to talk about (seriously) I send a PM to the person here simply because it's safer for both of our senses of avoiding judgement. SW people are seem too quick to judge others without conscience of the hurt they inflict or even having the 'guts' to back up their criticisms.
+ 1

Jorogumo · F
@JollyRoger very true, previously i have posted things that have been me expressing how I feel and have meaning for me only to be met with stupid childish smartass behaviour, because some users here are nothing but class clowns.
+ 2

JollyRoger · 70-79, M
Hi Steve,
I just had a person inform me about the end of EP and the beginning of SW. Their take on it (and I asked for some substantial knowledge of why they believed what they told me ) was that EP fell into the hands of some incompetent owners and that it was finally shut down by the police. I can't buy that idea at all.

I wrote back to the person and offered my recollections about what I felt I was joining on to when I did subscribe to EP and I'm going to put that response out here for everyone to see. I don't know if it's correct, but it was strong in my mind the whole time I was on EP. I HOPE OTHERS MIGHT JOIN IN ON THIS AND EITHER SUPPORT MY MEMORIES OR CORRECT THEM???

Hmmm... you have more information than I have on that. Did/do you know these people or did someone tell you that?

When I joined EP (I've forgotten when) - it was a good 4 years before it closed, it was mentioned that EP had a definite life-span i.e., it was a social experiment being run by an institution whose people were drawing inferences from the exchanges we (the subscribers) were submitting. My take on that was that they were sort of doing a 'Big Brother' project (spying but letting us know they were spying) so they could get a 'temperature' of what people in society think about and talk about when they are expressing their opinions, needs and wants anonymously. I understood there were 5 people at the lead and the purpose of the moderators (like EP Allie) was to keep it from becoming a 'smut' site (only) - therefore the moderators would cut into those conversations (solicitations, perv stuff that was illegal, selling dope/sex online, etc.) so the rest of us would want to stick around and keep giving them social insights (for whatever reason).
Now on the premise that the same people set up SW - I can't buy that, otherwise they would have used the very successful programming that EP offered. I think the closure of EP was just the end of an experiment- probably having been sponsored by a university social science department. And that would explain why it ended.

Don't forget too that there was a period of time when EP was closing down that we were all saying goodbye to each other and hoping that some other site would appear to replace it. Plus: The very fact that we can (still) get some of our conversations downloaded from the EP site would indicate that it wasn't closed by the police.
+ 0 · Reply · Jan 21, 2023
Translate

in10RjFox · M
I transited from EP to here .. and still find people to converse though much less compared to Ep.
+ 2

ABCDEF7 · M
Be positive, you may find like minded people here too.

JollyRoger · 70-79, M
@helenS You are right, Helen. SW is here and now. When EP was closing, the moderators warned us ahead of time and suggested we find something to replace them. I tried on my own to open a website but I wasn't savvy enough to program it... I'm sure SW is a product of the same type of effort (more successful than I was) but not with the finesse that EP had. As I said above (somewhere) I wonder why the EP moderators couldn't have handed over (sold?) the programming to someone like those who set up SW.
+ 1

senghenydd · M
SW is a lot like EP I was a member of EP and was very sad when it went now we have SW I hope you enjoy SW.
+ 1

huskyguy89 · 31-35, M
Used to be an an EP member. Be safe here. There ARE some good people here but there are (as some have said before me) some on here that will be very cruel. Nasty. There are trolls of course. But long as you are genuine with me, I've no problems being genuine back. Hope you find what you're looking for while you're here and best of luck. 🤜🤛 Always available to chat.
+ 0 · Reply · Jan 22, 2023
Translate 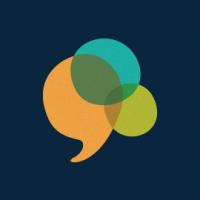