Kaepernick Pleads For Chance To Play In NFL Again

Kaepernick Pleads For Chance To Play In NFL Again: ‘I Just Need An Opportunity’ 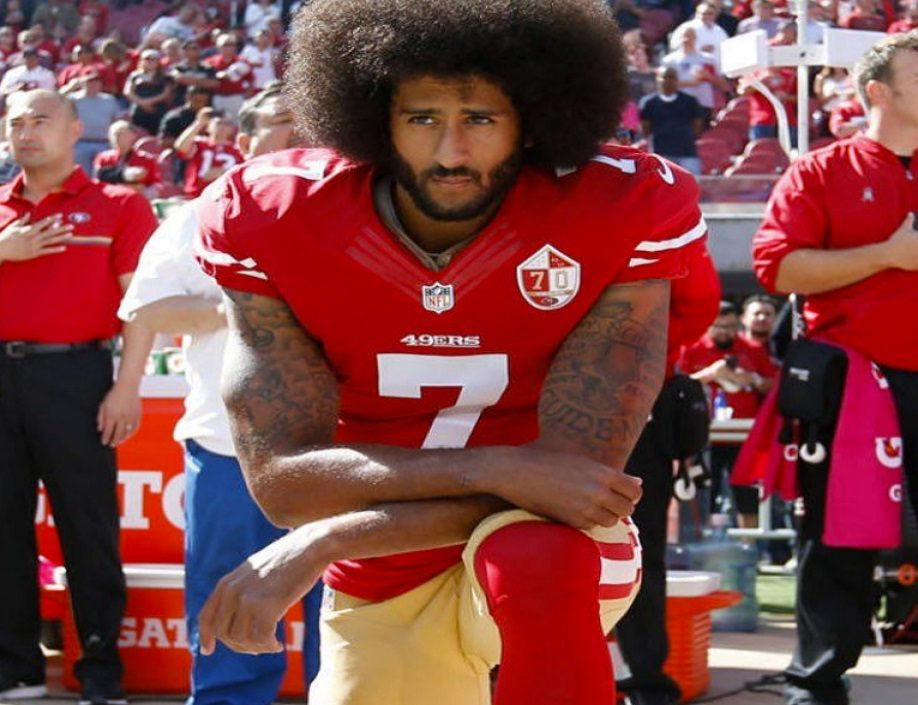 The failed quarterback and leftwing activist who used his influence in the NFL to trash America and bend the knee is now pleading for an opportunity to play football in the NFL again.

In an episode of the I AM ATHLETE podcast that aired Monday, Colin Kaepernick tells retired NFL players Chad Johnson, Adam “Pacman” Jones, and Brandon Marshall that he has been training for the past five years to make a return to the league and is willing to accept a “back up position” to prove he deserves another chance.

Maybe several years of invisibility has convinced him that 'slavery' wasn't so bad.
+ 3

Darksideinthenight2 · M
@FreeSpirit1 all that doesnt matter. The fact of the matter is he not that good and got worst at playing since. So thats the real reason he not playing. Bec of his lack of leadership and skills
+ 3

SumKindaMunster · 51-55, M
@FreeSpirit1 He did, yes. Made a big stink about how it resembled the old slave days with white masters pushing their black slaves to perform...never mind that the people there have worked all their lives to be there and are excited to show what they can do with the promise of landing a spot in the NFL....what matters is his perception...🙄
+ 3

GBPackersFan · 41-45, M
My God a football post… sorta… here’s the thing about Kap… if you recall he wasn’t very good before he left the NFL. The league caught up to the read-option he was famous for and when he actually had to throw from the pocket he was brutal. His completion percentage was horrible.
+ 4

The NFL and Kapernick dealt lethal blows to the sport.
It may recover.

PS - I was a Green Bay fan when Bart Star was playing!
They called the Superbowl 'The Green Bay Invitational' back then.
+ 0 · Reply · Apr 20, 2022
Translate

SumKindaMunster · 51-55, M
I have no idea about any of this, but am wondering...does he have a new shoe coming out?
Might just be stirring up interest for his new shoe, he's done it before.
+ 4

Budwick · 70-79, M
@SumKindaMunster Munster! No wonder Columbo always wanted to hang with you!
We'll have to keep our eyes peeled.
+ 4

SumKindaMunster · 51-55, M
@nedkelly Oh I remember. I had recently stopped watching the NFL because I wanted to get in shape, and this whole mess only reinforced the decision I made.
+ 3

TexChik · F
That ship has sailed. Now he gets to reap the consequences of being such a disgusting liberal douche!
+ 4

Budwick · 70-79, M
@Darksideinthenight2 [quote]point is ppl would change their tune if he won a chip for y'all[/quote]

MarineBob · 56-60, M
Wants his job back after he sued and accepted an big money offer from his bosses he should be banned from all NFL stadiums and events
+ 3

Nunlover
he is useless, had 1 good season
+ 3

Darksideinthenight2 · M
He old now. Havent played for like 5 to 7 yrs. Thats a lifetime in sports. He obviously doesnt have it anymore. If he was that good a team would had picked him thats the truth.
+ 2

LetsGoBrandon · 31-35, M
If He gets hurt by getting sacked by a White Player..

He would Sue the Company and cause a lot of Drama in the NFL. He'll Make AB look cute to comparison
+ 2

gdon39 · 31-35, M
He definitely has killer hair but he wasn’t that good for all the trouble that roles in with him. Disruptive and divisive behavior is not how a locker room works.
+ 2

wildbill83 · 36-40, M
I nominate that someone take a sledgehammer to his kneecaps...

MarmeeMarch · M
He can go work for My Pillow Guy - supplying fur for pillows.
+ 2

Add a puppy, and you've got a day of entertainment!
+ 1