Fyodor Dostoevsky, and how he fits in

I've been enamored by this great Russian writer for a long time, but never yet really familiarized myself with his work, his Notes from Underground was always a firm fave, and the only other work of his i finished was Crime and Punishment.

The other day i completed getting his 4 major late period works in the P&V translations, his penultimate novel The Adolescent isn't as critically praised as the others but i'll eventually get all the P&V translations there are which also include The House of the Dead, The Double and The Gambler, The Eternal Husband and other stories, and Notes from Underground.

I do have a cheapie thing of all his novels and novellas, and another thing i'd need is his Writer's Diary.

And also just the other day i discovered there is a FIVE volume biography by Joseph Frank each about 40 dollars.

Then to get improved translations of others and double dip on certain works, maybe there's other books on him, and online documentaries.

Dostoevsky is one of the major proponents to the kind of intellectual pursuit that can be grouped along with Nietzsche, Kierkegaard, Kafka and so on, it feels exciting to picture him in more fully, i've tried in the past reading the 3 other of his major novels and always i failed, perhaps it wasn't the right time till these last days.

Please read his “Idiot” and also “The Brothers Karamazov” … I have read most of his books and some of them are worth reading a few times …. They read differently at different age and each time worthwhile reading….
+ 2

LeopoldBloom · M
You really need to read The Brothers Karamazov, which completely deserves its reputation. Read the Garnett translation for the language and the P-V for the background.
+ 2

Eh2Zee
@LeopoldBloom Thank you, might do it that way.
+ 0 · Reply · Jan 19, 2023
Translate
310 people following
Note to Self Personal Stories, Advice, and Support 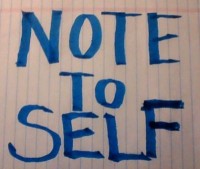