I Have Embarrassing Childhood Memories

When I was 12 or 13 my grandma took me out for a walk on a hot summer afternoon. Grandad was having a sleep in bed. I held her hand as I usually did. Other kids would have been embarrassed to be holding her hand at my age, but being smaller than average and looking younger, I could get away with it. Also I didn't have a choice as my grandma often made me hold her hand while out.

We went via the park and many kids were in the open pool. I remember being jealous and wanting to have a play in there. Grandma suggested I go play if I wanted to, but not to get my clothes wet, which meant no pool. I ran and played with some of the kids on the climbing frames, and enjoyed it until they went in the pool too.

I went back to grandma on the bench and sat dejected. She suggested I take my clothes off if I want to play in the pool. I asked if I could keep my underwear on but she told me "no". "Take everything off. There's no need to be embarrassed, you will be just like those kids" she pointed at some 8 or 9 year olds who were playing in the buff. I knew what grandma said was right. I was small and in no way mature. My mischievous nature kicked in and I thought it was a perfect chance to get away with an exhibition. Off came my clothes and I ran and joined in the play in the water.

It was a fun afternoon that day.

oneofnine · 61-69, M
You got there in the end and had fun. Naked play is very agreeable, though I never managed any in the park at any age.
I wonder what the reaction would be these days to children playing without clothes.
+ 2

Humanist321 · M
Thanks for telling that experience. That was a really special thing, to be able to feel that free and uninhibited. I would have been too embarrassed to do that.
+ 2 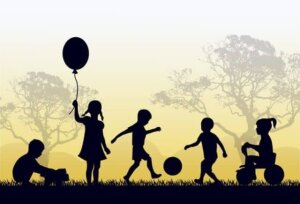