The fact-checker's nightmare - an insider whistleblower

While health agencies continue to assure the public that COVID-19 shots are safe, those working closely on the trials had a different take. “I was working on Pfizer’s trial,” Brooke Jackson, a regional director formerly employed by Pfizer subcontractor Ventavia Research Group, which was testing Pfizer’s COVID-19 vaccine, said in the film ('A-------')“What I saw was like nothing I’ve ever seen before.”

She witnessed falsified data, unblinded patients, inadequately trained vaccinators and lack of proper follow-up on adverse events that were reported. After notifying Ventavia about her concerns repeatedly, she made a complaint to the FDA directly — and was fired the same day.10In her words:11

“The speed in which they were enrolling in the study — four to five coordinators pushing through 40, 50, 60 patients a day. We were not storing the vaccine at its appropriate temperature, the failures in reporting serious adverse events. We had so many reports of adverse events … we just could not keep up. The study doctor signed a physical exam when he wasn’t even in clinic.

Then Ventavia had unblinded every patient that was randomized in the trial. When we brought it to their attention, that’s what we were instructed to do — remove the evidence and destroy it. Emails about mislabeled blood specimens per Pfizer’s protocol, we should have immediately stopped enrolling, but they never told Pfizer.

I would bring the concerns to my managers and it was, ‘We’re understaffed.’ The FDA, they only see what Pfizer gives them. So I was documenting all of this. And on the 25th of September, I went directly to the FDA, and about six and a half hours later, I lost my job. I was fired.”

The FDA and Pfizer attempted to hide the COVID-19 shot clinical trial data for 75 years, but the FDA was ordered by the U.S. District Court for the Northern District of Texas to release redacted versions of trial documents on a much faster schedule. As part of the court order, 80,000 pages of documents related to the FDA’s approval of Pfizer’s COVID-19 shots were released June 1, 2022.12

Mithraia · 31-35, M
Yeah I think anything coming from Mercola is bound to be 100% trustworthy. After all, Joseph Mercola is an eminent scientist with an untarnished reputation, and most certainly NOT an antivaccine quack who has made millions by spreading covid misinformation, which brainwashed idiots buy and devour as the Truth... Next 🤣
+ 0 · Reply · Jan 16, 2023
Translate
View 14 more replies » 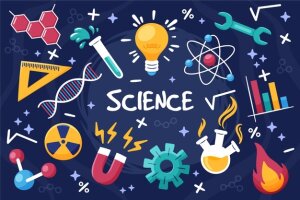