Then I came back, things were bad (when I found out), school was shit. She was in two of my classes.

They went to Italy together over the summer while I stayed at home trying to figure out how to get rid of the horrible feeling inside of myself. It was my first relationship and dealing with that was awful.

He and I were still together (lived together) and he emailed me every week or less to let me know how things were. I just swallowed it all, even though I was angry and sad.

A few more years went by and I moved out and on my own. he never gave a shit about me and then he tried to get me back. Why?

Why are they so lazy until you leave them? I'm just done with it. I've had some decent partners but I think I'm just over it at this point. Feels hopeless.

My brain only wants me to be with someone to make a baby and I don't want that so fuck it.

True shit.. & I've been guilty of that too 😔 we think everythings all good until it's not.. then THAT'S when we wanna try. Not realizing it's already too late for that. Should've done it when they still cared... Not when they're already over your bs
+ 3

Teslin · M
WOW, so sorry you went through this.
What a piece of shit.
Glad you have moved on.
+ 1

caccoon · 36-40
@Jeephikelove definitely he made some bad choices and I hope he's better now. I don't think he was evil, but definitely flawed, and I was not what he wanted
+ 1 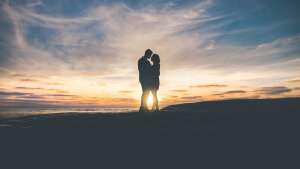