Is it possible for Queen Elizabeth to resign? Or is she doomed to remain Queen until the day when she will pass away?
+ 0 · Reply · Jun 8, 2022
Translate
View 17 more replies »

MartinII · 70-79, M
@helenS Amusing thread. Her Maj could choose to stand down and appoint Charles as regent, as George III did when he was deemed to be mad. However she has apparently decided not to and to remain, in the official dialect, “Queen Regnant”.

Another interesting statistic is that Elizabeth is, allegedly, the third longest reigning monarch of all time, anywhere. She will overtake someone from Thailand next week, but has nearly two years to go before she overtakes Louis XIV of France. He became king when he was 4!
+ 1

First she could abdicate (essentially renounce her throne). Exactly as her uncle Edward VIII did in 1936. However I think the memories of that run deep in her majesty. It put her unprepared father on the throne through WW2 and arguably shortened his life with the stress etc of suddenly being monarch. Also it made her heir apparent overnight.

Her fervent belief is the job is for life and you have duties as monarch or an hier. See how she stripped Harry of title and privilege. If you don't work then you're outcast in her view.

So I feel it highly unlikely she'll abdicate.

Secondly a regency. That is when someone rules in place of a living monarch who can't. Examples in history are when young princes came to the throne before age of maturity. But they are clouded in scandal.... Richard III for example.

Closer example to today's situation is George III who whilst a long reigning monarch was incapacitated through some mental illness for many years, either porphyria or bipolar (scholars argue that). In that case his Queen and the Prince of Wales acted as monarch under a regency act passed through Parliament.

A regency where Charles becomes Prince Regent in the Queen's place would be to me more likely. At the jubilee he took the salute at the trooping the colour, he recently read the queen's speech at the state opening of Parliament. So in some ways he is already doing this but Queen still deals with the weekly audience with the pm and signing all legislation etc. If she couldn't do that that is when a regency would be enacted I think and Charles would take over all duties.
+ 1

SirfurryanimalWales · 61-69, M
@helenS she could abdicate.
It was Edward VIlI abdicating that eventually led to her being Queen.
But she has always made it clear she won’t.
+ 2

HarrietteSpeedy · 61-69, F
@braveheart21 I am English and wish the Union to continue . Insulting one of the component nations will not help. It is a fact, rather than an argument. She is the first Elizabeth to rule Great Britain, therefore is Elizabeth the First. Anything else is illogical.
+ 0 · Reply · Jun 8, 2022
Translate

braveheart21 · 61-69, M
Thats where we differ... Im British... I served in the armed forces of the United Kingdom with other people from all the constituent parts... We were not Welsh Scottish Irish or English.... We were all British... And ALL proud to be so... @HarrietteSpeedy
+ 0 · Reply · Jun 8, 2022
Translate 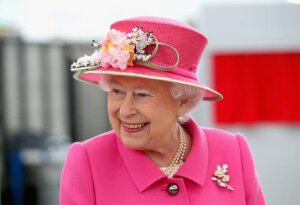