Do you ever wonder

What's going on in the democrats minds when they do a rally for 50-100 supporters while Trump is down the street with a full arena, and 10+ thousand outside because there's no room left? They have to know they're finished! This is the story all over the Country!

TexChik · F Best Comment
As it was in 2016. The media lied , and just like with Obama ... had camera angles only on Hillary with [b]the same people[/b] always stacked behind her ... Even with the truth out , they still try to act like there are crowds at socialist rallies . Most attending the socialist rallies are likely paid . But , as you have pointed out , the crowds indicate Trump has already won the 2020 election . 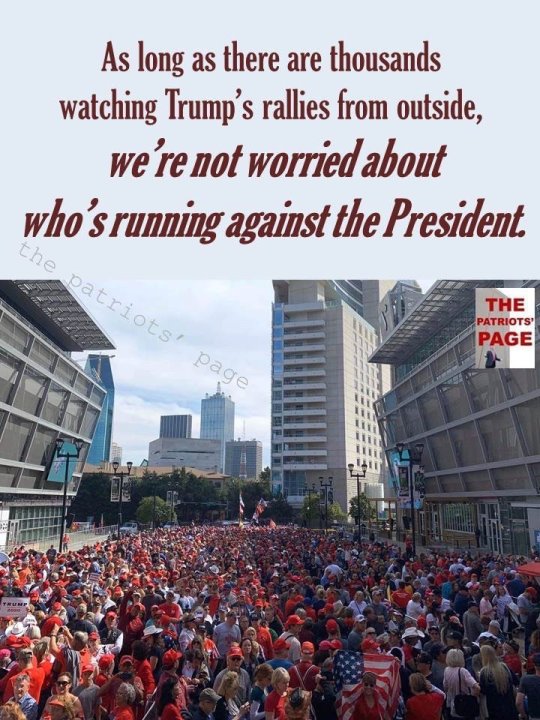 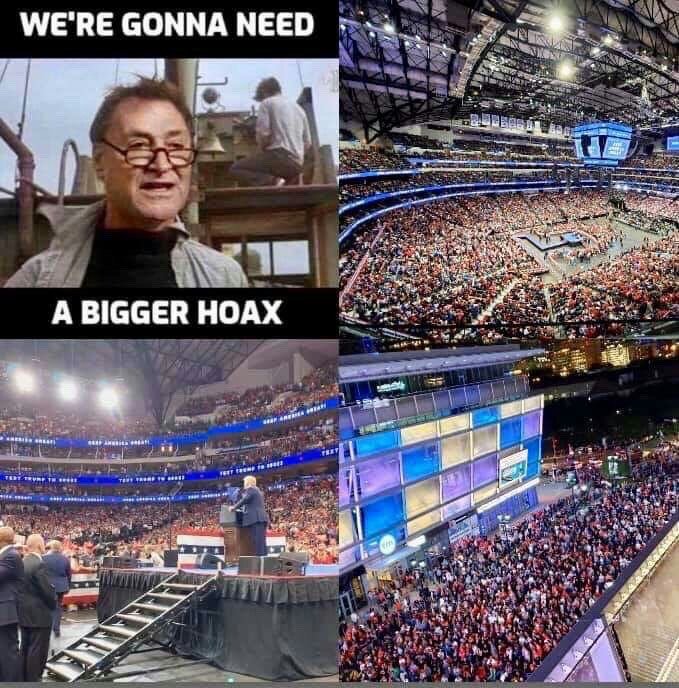 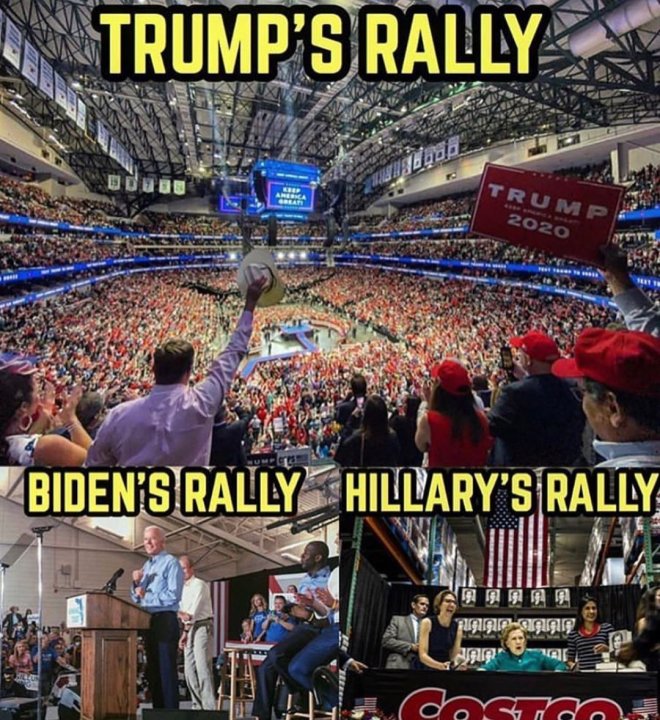 Picklebobble2 · 56-60, M
The thing i wonder is why a President with a mandate has supporters constantly whining about what the opposition are doing or saying when they've had nearly four years to progress things and yet even today nobody is saying 'what a great job Trump is doing'.
+ 7

QuietChaos · 51-55, M
All they’ve done is lie, obfuscate, distract, fabricate, and deflect. The ones who leave Trump’s staff or cabinet do so because they’d rather not become the next Cohen or Manafort. Some are fired because they see lying for Trump thusly.

When I say follow the money, what I mean is, it’s the only thing that truly makes him go. Bill Maher is right, I think: he could be bought off.

No one is stupid enough to believe he took this job in order to fix what’s wrong with the country. But if there’s M/P/R (money, pussy, ratings) that short attention span can be had. [@448576,Picklebobble2]
+ 2

windinhishair · 61-69, M
Hate is a powerful motivator. And Trump hates better than anyone else. Having fanatical loyalists in a cult setting is not a good thing. And don't forget that arenas don't vote. Real people do. And a sizeable majority of people who vote in the US oppose Trump.
+ 3

windinhishair · 61-69, M
[@1016439,QuietChaos] Yes, they do. The principle is the same, but has been expanded significantly since LBJ's presidency. They blame all of those you mention for their lives not turning out the way they expected.
+ 2

Carla · 61-69, F
If trump filled an arena with 50 thousand people in all 50 states that is a whopping total of 2.5 million. That wont get him reelected.
His rallies are nothing more than entertainment for his cult. They mean absolutely nothing. 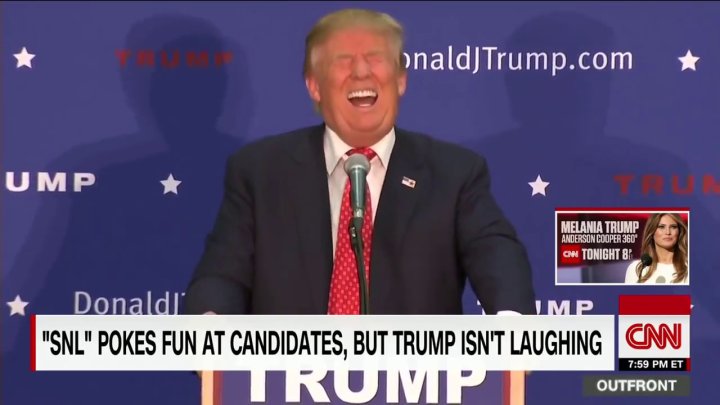 Carla · 61-69, F
[@448576,Picklebobble2] it kind of is.
He plays his top ten greatest hits. Over and over and over.
It's just noise.
People here that support him speak of how mesmerizing and full of valid points his rallies are.
Short attention spans and absolute belief. It is scary sad.
+ 2

HoraceGreenley · 56-60, M
The Democrats know they are going to lose big in 2020. Most of the candidates are jockeying for 2024. Biden, Bernie and Warren are running because given their age, this is their last chance.
+ 1

TexChik · F
[@6578,HoraceGreenley] yes they do ... and they know the consequences , which is why they are acting so foolishly
+ 1 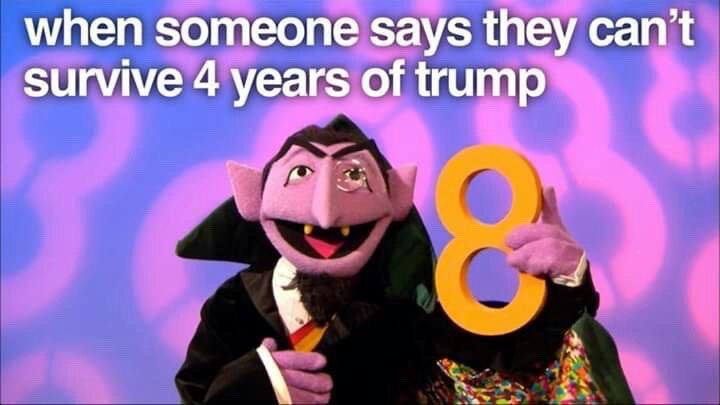 PTCdresser57 · 61-69, M
Obviously you didnt see the thousands at Bernie's rally.
The thing I haven't understood yet is why at Trump's rallies he is blaming others...using profanity...etc. but he hasn't addressed any real issues?
+ 1

QuietChaos · 51-55, M
Thats a recurring theme that Conservatives eat up. Whatever goes wrong, blame Obama. When more details about Trump’s chicanery emerge, just agree with Trump that the media lie. (And we can’t ever expect him to say, “They’re telling the truth. I’m a fraud,” now, can we?)

Blaming Obama and the media is horseshit, of course. But they really, really like their guns. More than they mind tax breaks for the richest.
[@27773,PTCdresser57]
+ 3 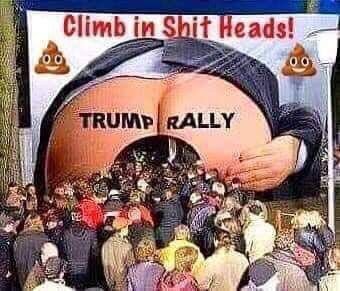 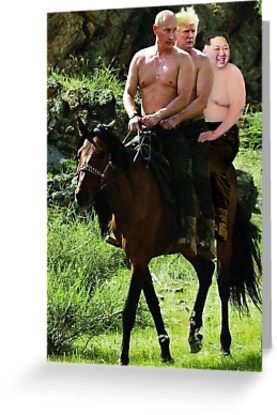 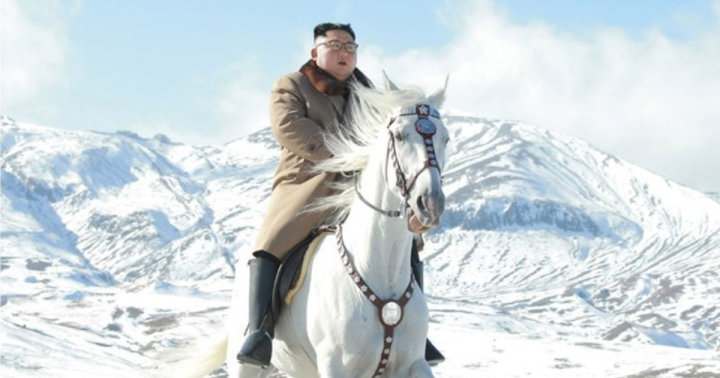