How to falsify plagiarism in codes (computer science)?

A friend of mine failed a course in his major together with almost anyone in that course. The professor first suggested the students to help each other, since it was a group work project. He told me that due to his group members neglecting the course work, he had to collaborate with another student with the same fate.

Now I'd say that this is helping each other like the professor suggested. But way after my friend having handed in his group work results, the professor suddenly suspected not only him of plagiarism and emailed him to state against within three days or he would be registered as failed in the course (with three attempts available before getting expelled). He was suspected to have used the professors samples without citations, while none of the courses mentioned in that major focuses on teaching such rules (I've had such a course in my major).

As I said, this was not only his fate, but now the delicate part: I've had a course similar to this one at my college, and I can't recall any chances for plagiarism when solving exercises of that kind, because our law says regarding coding that if you simply need to imply code parts, nobody can be held to citing those parts when used. I can't review any contents of the exercises given, but I've found literature mentioned on that manner and thought about checking it for such parts which you're not held to cite when using.

Do you think that if such contents exists, there were chances for plagiarism suspections to be revoked? 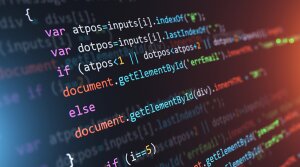