It's evidently been going on since late in 2021 but I am just now hearing about it since family members saw charges they never made and now... it's my turn.
People, watch your bank accounts and report even one item you don't recognize.

AMERICANS should be on alert for a new scam involving unauthorized Google charges ranging from 99 cents to $10 appearing on their bank statements, experts have warned.

The scam was first unearthed back in October when Chase bank account holders reported seeing strange charges of $13.01 on their statements.
The odd charge was always listed to be from Google, followed by the name of a business or person.

Dozens of other people told ABC15 that they also found bogus charges on their accounts.

One victim, identified only as Matthew, who uses a local bank in Bastrop, Texas, said he found 13 transactions on his account for 99 cents each.

Others have reported seeing the bogus charges on Walmart Money cards, CashApp accounts, and even accounts for government benefits.

'WHAT THE HELL?'
A Discover account user in Tulsa said he found a series of unauthorized $5 charges on his account.

A Bank of America user also reported his account being hit repeatedly, asking: "what the hell?"

The Sun has reached out to Google for comment on the scam but has not heard back at the time of publication.

According to ABC, one person was able to get a $10 Google refund from a disputed charge totaling $50."

Jim on July 23, 2021
This showed up on statement VISA PURCHASE GOOGLE *AVAST Software 855-836-3987 CA Called number dropped 3 times. I googled google contact number and it is Google's customer support number is 1-855-836-1987 which is no longer in service. Bank said I made transaction at 7:47 my time and I was doing other things on computer. I reported as scam

Marked as Helpful
Carl on July 23, 2021
This number has been showing up as Google with a name Jed baustita, kit savage, and kaila McCormick. They all charge me 4.99 EACH when I’m not shopping on Google or anything like that

Marked as Helpful
Michelle on July 28, 2021
got charted today for 5.43 twice under the names edmund tang and roseanna prent. ive made no subscriptions to google on this card.

cherokeepatti · 61-69, F
How are they getting people’s banking information?
+ 1

cherokeepatti · 61-69, F
@BreezeyBree There’s a couple of businesses that I trust to give my debit card number to but for any ones that I don’t use regularly I use a loadable Visa card. It’s just too risky any more not to do that.
+ 1

BreezeyBree
@cherokeepatti Very wise. Not sure it pays to ever use an actual bank/credit card
+ 1

cherokeepatti · 61-69, F
@BreezeyBree I used to order a lot from EBay and got to ordering things from Amazon too. But got kind of spooked the last couple of years and stopped.
+ 1

ShadowWorker · 61-69, F
Thanks for the information. We watch and review our accounts.. but will watch extra close now.
Getting crazier by the minute!
Sorry you had to experience such bs.
+ 1

BreezeyBree
@ShadowWorker You're welcome. I wonder why we never heard about this with Google being the way to scam people.
I found out early enough. My daughter wasn't notified until the withdrawals amounted to a hundred bucks.
+ 1

bijouxbroussard · F
That’s outrageous… and scary.
Thank you for the heads up. 🙁
+ 1

BreezeyBree
@bijouxbroussard Thank you for taking the time to read and comment.
It seems to start with one kind of bank/credit union but is making the rounds.
+ 1

RogueLoner · M
Most people won't even notice. But hey, give me $5 or $10 from a million naive people out of 9 billion, and guess what? 🤑
What are the chances of finding a million clueless Google users worldwide? 🤣
+ 1

BreezeyBree
@RogueLoner Ha! One account with multiple transactions had about a hundred dollars taken...all in small amounts. Mine had four withdrawals since yesterday.
+ 1 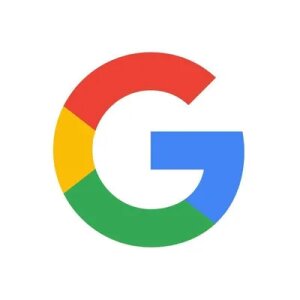