Ukraine will “test the relationship with the West” if it insists it must liberate Crimea, the head of the Commons Foreign Affairs Committee has said.

Alicia Kearns said that ministers were reluctant to talk about Kyiv's war aims but it was important to discuss the future of the conflict. “We are going to head towards a stalemate,” Ms Kearns told i. “Ukraine is making amazing, amazing gains but the big problem that no minister will talk about publicly but that we as parliamentarians have a responsibility to mention is Crimea.

“Crimea is Putin’s only meaningful red line. We know he’s mining all the borders with Ukraine. We know he will do anything to protect it. There’s also a legitimate question about what population now remains in Crimea.


“The problem is that Zelensky and the Ukrainian people may decide they want to liberate Crimea. That will test the relationship between the West and the Ukraine. And very few people are willing to be honest about that but that’s the reality.”

BohemianBoo · 18-21, M
That's insane. This is basically saying Ukraine should give up territory to Russia because if they don't, then Putin will be angry.
+ 2

SirfurryanimalWales · 61-69, M
@BohemianBoo Even Zelensky said at the start they wouldn't take back Crimea because the cost would be too great.
I think that is what Britain is worried about....
+ 0 · Reply · Jan 16, 2023
Translate

BohemianBoo · 18-21, M
@SirfurryanimalWales Well that would be a big mistake. That would be sending the message that Putin can invade other countries and he'll at least get some of what he wants.
+ 1

Thomas52 · 70-79, M
I can see it from both sides, but pragmatically Russia will probably end up with Crimea. The trouble will be if Putin thinks that the Baltic States are easily snatched back from a fearful NATO.
+ 1

SirfurryanimalWales · 61-69, M
@jimjim1969 they were scared off by our women dressed in traditional costume once!
It's true.
+ 0 · Reply · Jan 17, 2023
Translate
311 people following
War Personal Stories, Advice, and Support 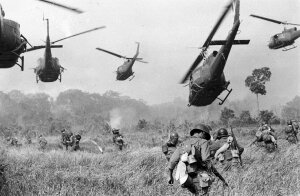