Karma is a bitch

How about that: The day after President Joe Biden insisted of his classified-documents mess, “there is no there there,” yet more “there” popped up at his Wilmington home, including docs that he seems to have grabbed before leaving the Senate in 2009.

But it’s not just the prez proving clueless. It’s also the Justice Department (which sat on the news of the first doc-finding for two months). It was an FBI search (at last) that found the stuff, after Justice had earlier said it was fine with the president’s own folks doing the digging. Who changed their minds, and why?

The FBI found more classified documents at the Wilmington, Delaware, home of President Joe Biden during a consensual search Friday that lasted nearly 13 hours, his personal lawyer and a prosecutor said Saturday evening.

The discovery was the fourth time since November that classified records or material has been found at a private address of Biden’s. [b]These latest discoveries have come after the President's attorneys claimed that the search for documents had been completed.[/b]

While there are nuanced legal distinctions between the Biden and Trump cases, many voters may simply perceive both to be about the broader issue of classified material kept by Biden and Trump.

That at least dovetails with the White House line that was all “inadvertent mishandling” — as if it could know that, what with the prez claiming to have no clue. And anyway neither he nor any staff should’ve been handling (let alone storing) any of this stuff in the unsecured locations where it’s been found.

By the way, we also still don’t know why Biden sent lawyers to go through his old office late last year, the move that produced the initial discovery. Did he perhaps have some memory that maybe something was there that shouldn’t be?

RuyLopez · 56-60, M
@graphite @graphite I don't know. I have this feeling that they will go through a big horse and pony show and then say something like there was no intent to "steal' the documents or they were over classified so they will give him a pass. I just don't think they care as much about the bias being exposed any more after Hillary. Incompetence is always their excuse. For Trump I do think they will have to recalibrate what they actually go after him on but I have my doubts they will stop without taking him to court or at least keep the investigation going to well into the 2024 election cycle.
+ 1

akindheart · 61-69, F
listen, the dems are up to something. they never turn in their own. biden's words were "A Handful of documents were misfiled" oh yeah. in 3 separate locations. Something is up.
+ 3

RuyLopez · 56-60, M
@akindheart Yes, I agree. Maybe the powers within the DNC and Deep State are afraid Joe won't physically make it through the election cycle and Trump will win by default. He is such a puppet for them I don't see any other reason for them to turn on him.
+ 2

graphite · 61-69, M
@RuyLopez Starting to make sense. Biden is so out of it - shaking hands with the air, falling downstairs, falling upstairs, falling off bicycles, ogling pre-teen girls...Can they trust he'd make it through another fake campaign?
+ 2 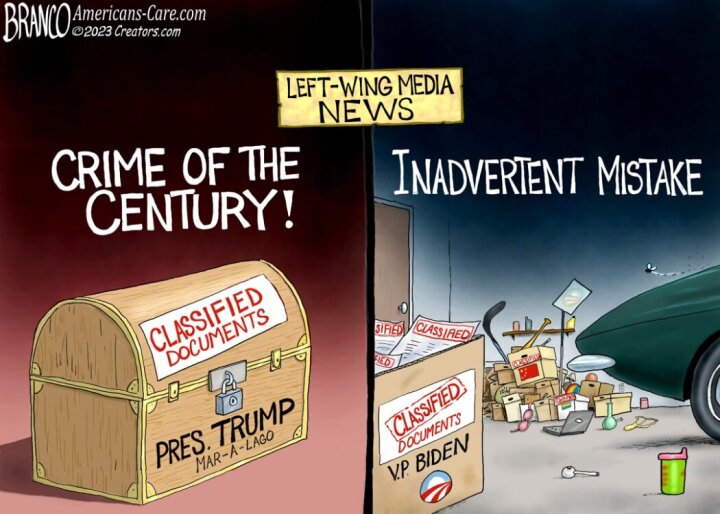