Trans cheerleader kicked out of camp after choking teammate

A biological male trans cheerleader, Averie Chanel Medlock, was kicked out of a Texas cheerleading camp and given a criminal citation after allegedly choking a female teammate. Cell phone video showed other cheerleaders hiding in a room from the agitated man.

The incident took place at Ranger College. Police on the scene gave the former cheerleader a criminal citation for assault and removed Medlock from campus.

The father of the girl whom Medlock allegedly choked was also called to the scene by his daughter and he has begun pushing for police to release body camera and CCTV footage of the incident.

“I ask you what you would have done when receiving a phone call at 1 o’clock in the morning from your daughter stating they had locked themselves in the room with other girls,” the father, Mike Jones, wrote on Facebook.

The incident comes as debate continues to rage about males participating in female athletics, most recently in the case of University of Pennsylvania swimmer Lia Thomas.

Thomas competed for the school’s male swim team between 2017 and 2020, competed with females for the 2021 season.

Budwick · 70-79, M
A girl on the team was being very disrespectful and told me I am a MAN with a PENIS and that [guys] should not be on the team,” Medlock wrote in a Facebook post. “I stood up for myself and she called her mom and dad because she was scared because I [stood] up for myself. Her father said ‘she still has testosterone and a penis and I will kill anyone who comes after my daughter.'”

Sounds to me like it went down as it should have.
Medlock is lucky the girls dad didn't kill him!
+ 3

DffrntDrmmr · M
@Budwick Medlock: "told me I am a MAN with a PENIS."

nedkelly · M
The tranny should have never been allowed to join, let this person play with the tellie tubbies
+ 4

Spunkylama ·
While I don't think this should have happened at all...why does this person's sex matter at all?
can you imagine if they reported like this all the time?
Straight white biological male kills 4...

makes me think your source is less than trustworthy...is that why you didn't provide one?
+ 2

DffrntDrmmr · M
@Spunkylama @Spunkylama [quote]can you imagine if they reported like this all the time?
Straight white biological male kills 4...[/quote]

This is an opportunity for me to air a gripe about something that really irks me. In the last decade those with a divisive race agenda have done that by repetively using race to dog-whistle a factless slur against police and American society. The worst offender has been mainstream 'news' media because of their enormous influence in society.

By repetively using irrelevent race descriptions "black" (suspect) and "white" (cop) in stories about justified police-action shootings, the media has falsely convinced much of America that 'racist cops' are a reality when facts don't support that premise. In fact, evidence proves that not to be the case and the reported incidents did not involve racism or police crime. (Michael Brown, Breonna Taylor and others).
+ 1

DffrntDrmmr · M
@Spunkylama There is but one wrong, the one involving the media that I described.
+ 0 · Reply · Aug 1, 2022
Translate

Curiositeintrigueedunefille · F
This man should have never been there to start with. No matter how hard ‘they’ try to be female, it won’t happen. This is insanity to expect females to compete against males in athletics. It’s a shame and another thing the Dems can add to their despicable acts.
+ 2

soar2newhighs
Not the fist time m2 f transgenders have committed such assaults.
+ 2

TheOneyouwerewarnedabout · 41-45, M
least he didnt impregnate half the team..
+ 2

Spunkylama ·
A cheerleader, Averie Chanel Medlock, was kicked out of a Texas cheerleading camp and given a criminal citation after allegedly choking a teammate. Cell phone video showed other cheerleaders hiding in a room.

See you still have a story. And it doesn't change the crime committed.
+ 1 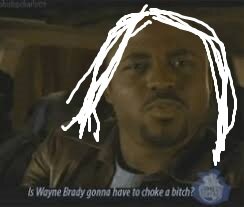