Americans 'Don't Like Being Treated Like a Moron'- Sen. Kennedy Rakes Biden Over the Coals for Lying About the Border

Republican Sen. John Kennedy of Louisiana said Tuesday that Americans are wise to the deception practiced by President Joe Biden on the subject of illegal immigration at the southern border.

“President Biden talks a lot about democracy, as he should,” Kennedy said during an appearance on “The Faulkner Focus,” according to Fox News.

“Democracy depends on the mutual acceptance of the rules, norms and institutions. President Biden’s southern border policy has undermined that principle. He has completely opened the southern border, and he has looked the American people in the eye, and he has lied and said the border’s closed,” Kennedy said.

When CBS dug into those numbers, it found that there are changes taking place in the nationalities of the illegal immigrants streaming across the border.

More than 25,000 Venezuelans were taken into custody in August, which was a record for illegal immigrants from the South American nation. The high tide also made Venezuela the second-ranking nation behind Mexico in terms of illegal immigrants crossing into the U.S.
Advertisement - story continues below

CBS noted that when taken together, Venezuela, Cuba and Nicaragua made up over one-third of those arrested.

Kennedy said Americans do not “have a low tolerance for morons.”
Should Biden be impeached for choosing not to secure the border?

Kennedy said Americans should not be slammed as anti-immigrant.

“Most Americans support legal immigration,” he said, noting that “the whole world wants to come here.”
Advertisement - story continues below

“When is the last time you saw somebody trying to sneak into China? They want to come to America, and Americans support that,” he said, noting that more than 1 million people become citizens every year.

Kennedy said Americans know the difference between right and wrong.

“The American people feel that illegal immigration is illegal. I mean, ‘Duh,’” he said.

He said fearing for the nation’s safety is not evidence of bias.

“The American people look at the southern border like they look at their home,” he said.

SmoothKnight · 51-55, M
Those border towns are being overrun with criminal activity from illegals.

Businesses and personal properties being vandalized, ranchers fences being torn down, etc.

But yet we're told - by people who have never gone down there to see firsthand - that the border is secure.

I honestly don't know how these idiots can live with themselves or sleep at night knowing the truth.

4meAndyou · F
Senator Kennedy is still living in a fog if he thinks he can shame the Marxists who are now in control of our government into better behavior. Is he unaware that when Marxists use the word "Democracy", (especially when they are claiming that it is being threatened by semi-fascist MAGA Republicans), they do not use the dictionary definition of the word?

Instead, "Democracy" now means "CENTRAL TOTALITARIAN GOVERNMENT". They will change the very language we use, modifying definitions of old and comfortable words, (in their own minds), to lull the populace into complacent acceptance while they grab power and violently cement it into place using the FBI and ALL government bureaus in their ARMED capacity, to put down any and all objections.

In the end, they will FORBID the language we use to object. They are slowly boiling the "frog" , which represents the American people, in increasingly warmer water until the " frog" is boiled to death. Their problem is their own fear. They are SO afraid of losing their power that they are rushing their Marxist takeover, and the "frog" is ready to jump out of the pot.

The GOAL of so-called Democrats, along with ALL Marxists and globalists, is to destroy the United States of America in an "almost" bloodless war.

They will relentlessly set up situations that will cause our children to die of fentanyl poisoning, and ensure that our surviving children are so poorly educated and so well brainwashed in their schools that the best life they can hope for is one of poverty and government dependence.

Criminals will be loosed upon us, when they open the doors of the prisons, and our police will no longer be there to protect us.

Illegals will flood our nation and our schools and our courts, but they will be doomed to the same crappy lives they just left, if this is allowed to continue. I hope they KNOW that.

Senator Kennedy needs to come to an awareness that this House and this Senate and this White House are no longer the American government he [i]thought[/i] he knew. They are different, with very destructive goals.
+ 3 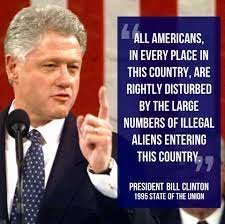 robingoodfellow · M
Instead of putting all the blame on any president how about addressing why people come here illegally to begin with: American businesses hire them. They're a cheap work force and business is all too willing to look the other way. I've been told by low level management in big companies who's names you'd know that upper management knows about illegals working for them and they just play dumb about it.
The bottom line is many of these people wouldn't risk coming here if they couldn't find work to survive. You can put up all the walls you want but that's not getting to the real crux of the problem.
+ 2

llloydfred · 56-60, M
he (biden) is covering up his / others money trail, by just using confusion. There is too much news about or leads to " Follow the Money".
+ 1

SomeLikeItHot ·
aren’t you glad this guy was terminated from his job? 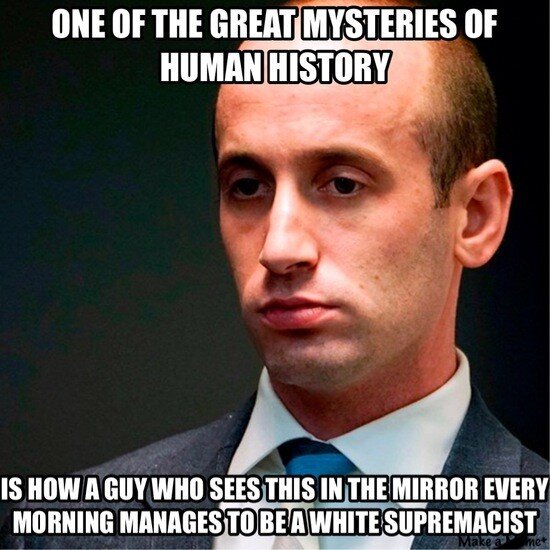 SomeLikeItHot ·
@Diotrephes
You okay dewd?
put that pipe away before you respond.
+ 0 · Reply · 4 days ago4 d
Translate

Diotrephes · 70-79, M
@SomeLikeItHot [quote]You okay dewd?
put that pipe away before you respond.[/quote]

So, you are incapable of answering the question or even making a reasonable statement. You might get up to speed in another 20 years but only if you work at it.
+ 0 · Reply · 4 days ago4 d
Translate

SomeLikeItHot ·
@Diotrephes
You made up a whole conversation all by yourself. Just take it somewhere else.
+ 0 · Reply · 4 days ago4 d
Translate

Diotrephes · 70-79, M
@Budwick [quote]Put Trump policies back in place including all the ones the democrats put a stop to.[/quote]

So, you have no idea what those policies were.

Why don't you work on your own list and come up with seven (7) items that you would implement. The orange traitor is garbage.
+ 1

Budwick · 70-79, M
@Diotrephes Why don't you STFU and recognize that what Trump was doing worked and when dumass Biden canceled them all on day one, the border went to crap.
+ 1