There a debate on good morning Britain

Debate about snow white being kissed when she in in a deep sleep was without her consent . They were saying it might give kids wrong impression. They acted like they know the film. Prince He didn’t know the Snow White was in a deep sleep. he assumed she was dead as the dwarfs. that why he kissed her. As your just a body if your dead.

OldMan70 · 70-79, M
Crazy notion/interpretation.
Everyone should be taught that their partner should be awakened with a kiss every morning.
+ 3

DrWatson · 61-69, M
The folklore from which the modern story derives was more gritty.

"Sleep" represents unawakened sexuality. The prince rapes her, and thus she is "awakened."

I don't think anyone today would consider that to be an acceptable story line.

But, if we ignore all that and simply focus on the Disney movie, we do see early on that she and the prince are in love. The kiss is symbolic of love conquering the evil queen's hate, and a symbol has to be something physical in order to be visual.

If I really wanted to push this as if I were writing a paper in high school and wanted to impress my English teacher, I would say that his kiss on her lips is the antidote to the apple's poison on her lips. One symbol against another.
+ 1

Mamapolo2016 · 70-79, F
It appears to me the likelihood of any impressionable lad happening on an enchanted princess and kissing her are pretty slim. Worth the risk, dontcha think?
+ 2

KA9ha · 31-35, M
[@797304,Jadethedragon101] A Prince could be ageold,haggard, hardened bearded and sly ,ugly skunk rather than what you presume to be loving ,young handsome, smart and sexy. Such descriptions are in fairy tales only
+ 1

SW User
What next, are the going to say the gingerbread man is mocking people with ginger hair 😌😂
+ 2

Asificair · M
In the context of a fictional childrens "fairytale" story it's fine. Perhaps a debate about the supernatural elements, casting spells, witches and magic talking mirrors should be considered, since religion and its supernatural reliance features more in most adults life than kissing people whilst they're sleep.
+ 1

Asificair · M
[@797304,Jadethedragon101] my point exactly, inappropriate behaviour is adequately tackled in early years nurturing and formalised education, the supernatural nonsense is not!
+ 1

KA9ha · 31-35, M
i think 'Snowhite would not send any application for courts or a note to the "National Commission for womens rights" for her insult in being kissed without consent
+ 1

TrunkZ · 56-60, M
Sounds like a sound business model. Just have to price the prince kisses to maximize profits
+ 1 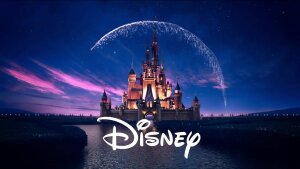