Just one of those moments when im left alone...( it can be a bit triggering so read if you think you can handle it)

If I can change everything I would. I would have done things differently. Fought harder to change the paths that I let myself walk on. I would try harder to escape my lonely prison and run so I can carve out more of what I want. Carve out who I want to be. How exhausting it is to think about reliving but I know I'll miss the people I love.
I was so alone my only friends are now ghosts. They choose to go so I don't want them around anymore. I want meaningful connections. I don't want to be abandoned anymore.
When my time runs out will I remember? I hope so. I want it to be so.
Maybe I would live in a better version of the world.
I'm scared that I won't or maybe i'll land somewhere new. Become someone else, like the stories and dreams that are conjure up in my mind. But I don't want to lose the people I love. Would my soul meet their souls again?


I didn't mean for part of it to sound like a poem a bit but idk I think too much about life after death if there is anything beyond the void. I believe there is but I don't know what that is. Its tiresome. Anyways heres what I wrote down. Kinda thought it was interesting or maybe important in some way at least to me. Does anyone feel somewhat similar? 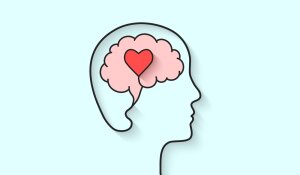