Looking at re-runs of Kung FU with the Actor David Carradine was supposed ... | Life | Similar Worlds
Struggles & Identity
Life
Follow
No Notifications
Only logged in members can reply and interact with the post.
Join Similar Worlds today »

Looking at re-runs of Kung FU with the Actor David Carradine was supposed to be Chinese ! . He looks totally Caucasian. WTF ? What d'a thunk???? 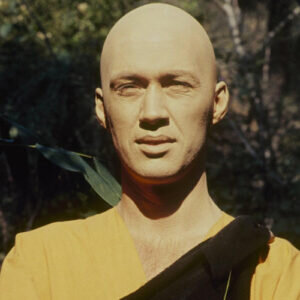 REMsleep · 41-45, F
Yea back in the day they always had white people play Asian characters. Its so weird because in California there are a million Asians.
Old fashioned racism.
They even painted his skin yellow. Horrible lol
+ 2

chris62ca · 56-60, M
[@867436,REMsleep] Apparently Bruce Lee was considered for the role of Caine, but it was felt that American audiences be more receptivet to someone not so Asian.
+ 1

fun4us2b · 61-69, M
I thought that was the premise...he was mixed and learning ways of his grandfather or something like that
+ 1