Is there any difference between the text content of the email you send to your gfs in your 20s from in your 30s? 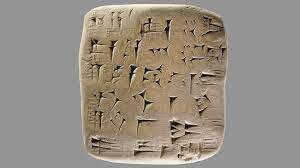 20's - basically a trainwreck with no women or any dating until mid-20's.

40's - lets forget that part as it's when LTR number 2 happened (only good thing was my daughter happened - rest was a disaster).

50's - it's just impossible as mature women in their 40's and esp in their 50's are ultra-selfish and can't tolerate differences or strong-willed men.

zonavar68 · 51-55, M
@Traingut My views on women and dating have not really changed, but I trust women a whole lot less so if anything I'm far more gauged, reserved, and limiting on what I say. But the intent is always the same - to discover the real person and it's almost never about or focusing on sex/intimacy/romance stuff.
+ 0 · Reply · Jan 23, 2023
Translate · Edited: 6 days ago

nonsensiclesnail · F
probably the intent and the language used.
+ 1

Starcrossed · 41-45, F
No, I had the same partner basically that whole time and we were like an old married couple from the start.

zonavar68 · 51-55, M
@Max41 I can't approach women much younger as I'd get accused of being a sexual predator because I'm a man in my 50's. That's a core problem - women can approach other women and nobody cares but if men approach other women there's a whole encylopedia of expected protocols and behaviours to conform to.
+ 1

Max41 · 26-30, M
@zonavar68 If you are a leader or a preacher then even young girls may like you .
If young guy has handsomeness to attract women , old guy has maturity and goodness too .
+ 1