Do you know anyone with fibromyalgia? And is it really so bad to where a pe... | Community | Similar Worlds
Similar Worlds > People & Family > Groups > Community > Post
Community
Follow
Asking
No Notifications
Only logged in members can reply and interact with the post.
Join Similar Worlds today »

Do you know anyone with fibromyalgia? And is it really so bad to where a person is totally disabled?

Or is it tolerable enough to at least be able to work part-time? .. my friend's girlfriend claims she cannot work because she has fibromyalgia and doesn't feel good most days. We all got into an argument today because I strongly feel she should put in a little effort and at least work a couple of days a week to help out with bills and everything else. The only thing he gets his disability and that's nothing. I think he receives around 850.00 a month. Once he gets paid at the 1st of the month, they are out of money for the next 3 weeks after. She used to work and suddenly stopped out of fear of covid last year. They have both been vaccinated but now her excuse is that she doesn't feel good. I can't believe she just sits there and does nothing and allows them to struggle every single month

swandfriends · 36-40, F
Same here. I have major lower back and spine problems and still go to work everyday and bust ass on laundry and taking trash out at the hotel I work at. My legs go numb if I stand more than 5 minutes. I have even known people with cancer and in the middle of chemo that still went to work so really there is no excuse for her not to at least try to work part-time
+ 1

SwampFlower · 26-30, F
Fibromyalgia is kind of a lazy diagnosis doctors give sometimes when basic tests come back normal or the patient is too poor to afford advanced testing. If she's that sick, it might be something else.
+ 1

Redstar · 31-35, M
I've never heard of fibromyalgia before but a lot of disabilities come in different forms. No matter if it's a physical disability or a mental one, there is often degrees to which it effects someone.

Feeling that someone should "put in more effort" is likely to just piss anyone off who has that condition. It's like saying to anyone with depression to "just get over it" or "smile" or "be thankful for what you have". It just doesn't work that way. If it was that simple, it would be done.

swandfriends · 36-40, F
I guess because I'm tired of me and his mom, and strangers on his twitter helping them out when SHE could be making a small effort to help them out. I've tried to make the point to him that there are others out there that are even worse off than her and still go to work. The thing is they both like to baby each other and feel sorry for each other each day. It's just one big unnecessary pity party. She's going to college online and had been for a few years. So she must be planning on working someday. Why not now? Everywhere you go now you see Help Wanted signs
+ 0 · Reply · Jul 21, 2021

reflectingmonkey · 46-50, M
I knew a girl who was diagnosed with fibromyalgia, I kept telling her that all her symptoms look a lot like extreme magnesium deficiency. after a long time of suffering and taking medication that didn't work she finally got her magnesium levels checked and she was extremely low. she started taking magnesium and her symptoms pretty much disappeared. I cannot generalize based on one case but I suspect that "fibromyalgia" is the name given to a group of symptom that develop in certain people because of magnesium deficiency and that certain people with high levels of stress are more prone to it because stress affects the way the body processes magnesium. exercise, a proper diet , avoiding sugar and caffeine, taking magnesium and lowering stress is the way to go because properly managed a person can totally be active and have fibromyalgia. my friend became a yoga teacher.
+ 1

CrazyMusicLover
[@9310,reflectingmonkey] Low magnesium can make a lot of mess. The worst is that even if you might be deficient it won't always show in tests because intracellular magnesium is not tested.
+ 1

Iamonfire666 · 31-35, F
Fibromyalgia is different for everyone. It’s a chronic pain illness. You have no idea how bad it is for her. Maybe instead of criticizing her you could help by encouraging her to seek help so she can manage her illness better. I have chronic pain so I know how she feels. 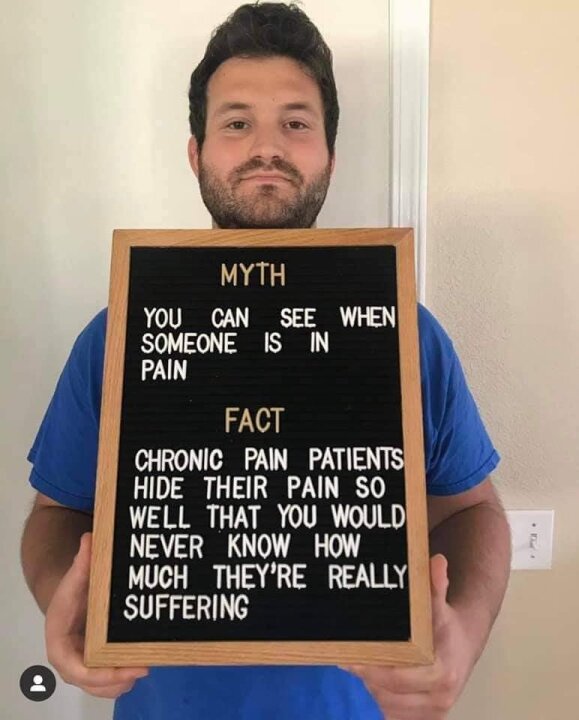