What can I do about this? (Sorry about the picture) Yes this is really how ... | Community | Similar Worlds
Similar Worlds > People & Family > Groups > Community > Post
Community
Follow
No Notifications
Only logged in members can reply and interact with the post.
Join Similar Worlds today »

What can I do about this? (Sorry about the picture)

Yes this is really how my roommate left my guest bathroom. I don’t even know where to begin. I saw something online saying to pour vinegar and baking soda dissolves feces. I even considered pouring muratic acid on it to break it down. A little bit but I need to clean this up a bit before the plumber gets here and have genuinely never seen anything so extreme in my life 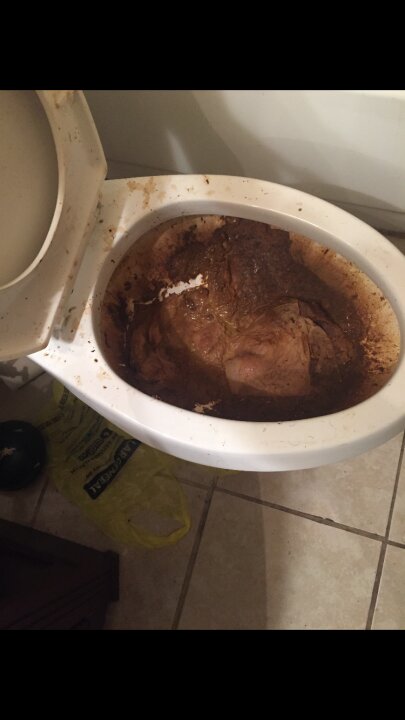 HannibalAteMeOut · 18-21, F
This person should see a doctor first of all wtf
+ 3

DeluxedEdition · 22-25, F
When I confronted him how about he told me “move on with your life.” I was like it’s easy to say when you aren’t responsible for cleaning it [@1042,Fairydust]
+ 1

SirBenedictTheSecond · 18-21, M
LOL.. I would kick her out for that kinda thing. Seriously. If it happened again.
+ 1

Janetwn · F
Arms and Hammer cloth detergent and leave for awhile ( enzymes of the soup break down some of sht) and a plunger.
Aww,😓
+ 1

enkidu
I assume it won't flush at all; if it drains at all, I'd boil up some water and pour it in (slowly, and it's gonna stink like mad). the warming water can help open up the drain to let it run more freely.

beyond that, it turns into a problem where you really need a plumbing snake and willingness to create an even more awful mess.
+ 0 · Reply · Jan 30, 2021

Glossy · F
Your roommate needs to see a doctor and a psychologist as soon as possible.

And possibly a proctologist, too.
+ 2