Thailand old man : I wish to retire in britain .
Britain person : Brown people are not needed in our country .

Peru old man : I wish to retire in spain .
Spain person : Only our race shall live here .

hartfire
It's economics.
Many poor countries welcome Western retirees because they bring income with them.
Western countries see retirees from poor countries as a burden on the state - but if they are wealthy, that's a different story.
Britain has welcomed millions of people from its former colonies, especially those who are young enough to have families and contribute through their work. But it's getting harder now. The country is becoming overpopulated. Climate change is causing disasters for food production. The UK is now in an economic downhill slide. Unless it takes lessons in productivity from a country with little land and big crowds, like Japan, it is likely to continue struggling.

hartfire
@Max41
Wealth is relative. How one defines what is rich depends on what one lives with as a norm.

By world standard, Britain's a very expensive country to live in.
The govt stats on who is rich show the percentages.
Everywhere around the world at present, the poor are growing more numerous, the middle classes are shrinking (except in India), and the few rich are getting much richer.
+ 0 · Reply · Jan 21, 2023
Translate

Sazzio · 31-35, M
IDK whether to laugh or cry. Anyways, am 100% certain UK doesn't mix up colours. We call a black person black, white is white and Thai would be Asian whereas Pakistani / India would be Indians (sorry, Pakistani)! But Indian n Pakistani share same skin colour.
+ 0 · Reply · Jan 21, 2023
Translate

Not every small eyed asian is light skinned , if you have ever seen them .

These things shall be released , not cried or laughed , with the smoke . 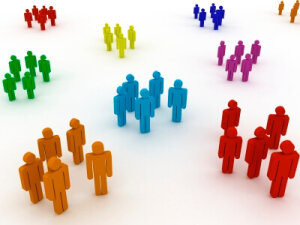