Drama in my band and I don’t know what to do.

Idk what to do. There’s drama in my band over who’s the boss. One of them thinks he’s the boss and the other thinks there is no boss. The one who thinks he’s the boss keeps asking me to run things by him before anyone else, and he says he wants to talk to me tomorrow, probably about that.

I think he was the first person in the band. Does that make him the boss?

FYI I’m the newest and least experienced member so I’m definitely not the boss lol.

HannahSky
All have equal role. Someone's bound to take a leadership role but in no way does that mean he's the boss. Everyone should know their role. All decisions are made by the entire band, it's a team working together.
+ 2

uncalled4 · 51-55, M
I've been in bands since the 80's. Musicians are dicks. When they're not dicks, they're awful business people.

Being in a band is like having the 4 girlfriends you never wanted.
+ 2 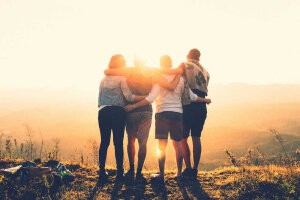