Is war-hero something of an oxymoron?

To be clear, I [b]am [/b]thankful for their sacrifices, and think most deserve respect. On the other hand, the difference between war-hero and war-criminal in the public eye is usually whether they were on your side or not. The difference between a mass-murderer and war-hero could sometimes be as little as the time & country they were born into, though whom the media hails as hero is always dependent on opportunity.

I like how some of the best soldiers have refused the distinction of hero, preferring to say they simply did their duty, be it as it may a coping-mechanism as few sane people want so many horrors on their responsibility. Likewise, there have been instances where soldiers have buried enemy soldiers with the epitaph hero, so soldiers themselves seem to have good grasp of this dichotomy. If a hero is not determined by their kill-count, are then not the soldiers during whose service no armed conflict breaks out the real heroes?

Incidentally, a grand-uncle of mine who served in second World War was considered family pariah, because the death notification to the family apparently claimed he was trying to surrender, something considered tantamount to being a deserter. This was somewhat odd, as he was a well-seasoned and decorated war-hero in contemporary writings. Only a couple of years ago, a man contacted our family, saying his father had served under our relative in the war. On his death-bed made him swear to find and deliver to the man's relatives his written testimony that the relative died leading a counter-attack to buy the rest of the company time to retreat. Never found out what they knew of the original story that they tried to surrender, or why it was so important to him to deliver the story.

Hero or crook, who even gets to decide? *waits for people to complain about too long question, and disrespecting the soldiers* :p

Insomniac100
Idk I guess it depends on the persons ideology and how they view the world as opposed to what actually happened during the war...i read a story of a Japanese American who won a Purple Heart and Medal of Honor in ww2 and was kicked out of a barber shop in America because they didn’t serve “chinks” or dirty “japs”
+ 2

Wraithorn · 51-55, M
I think it is a debatable subject. In my mind a war hero can be male or female and is not just about killing the "enemy". It's about sacrifice on behalf of others.
However, that said, one man's terrorist is another man's hero. It depends on perspective.
Freedom fighters are often branded as terrorists by the media...until they win. Then they become heroes.
+ 1

· Reply · Feb 23, 2018
Translate (BETA)
Suggested Posts
Can someone make me soup?
I still have a slight fever and don’t have the strength to make anything myself. My throats still filled with crap and it’s driving me insane.

Random
The common cold is the worst.
You feel like shit and ache all over. You don’t want to get up and do anything but can’t fall asleep. You can’t go to the doctor because it’s not that serious so you just have to tough it out. You feel like a wimp for being so wimpy about it.

Upset
How do you relax?
I’m apparently incapable of taking it easy and relaxing so I need to learn how before I have an aneurysm.

Anxious
Kill me please
I have and am still having the worst gas of my life right now. I’ve been like this for two hours and despite burping nonstop and trying to fart I still can’t get rid of it! I’ve taken antacids even and it’s still here! It’s like I got some alien in m...
See More » 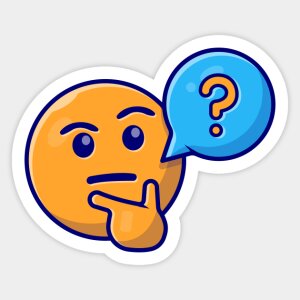