Have you ever seen someone disown someone over something small?

[center]In this case, a Mom walked out on her son choosing to go to Florida University over Alabama and Tennessee Universities.
[media=https://youtu.be/8Q-hENZ7feg][/center]

Viper · M
@bijouxbroussard I don't know, I just see she clearly walked out unhappy with his decision...

Which I thought was kinda rude ... but then I thought of the alternative would be to yell at him in front of everyone which is even worse... so she did what Mother's teach, if you don't have anything nice to say, then don't say anything at all.

But also I just now researched the subject...

Looks like the player held it together, while the National Cameras were on. But when they went off, he started to cry and his mom went back up there to console her son.

According to this video around the 5:20 mark, the kid grew up in Florida and was hanging around the wrong crowd (gang members), and his Mom wanted him to leave the state, in hopes of getting away from the wrong crowd.

He spent four years at Florida, not putting up as good of stats as you would hope, but my personal understanding is that Florida hasn't had the best QB or offensive plays in recent years.

Anyways, he transfered to University of Maryland this year, which will likely be his last season of college football.

bijouxbroussard · F
@Viper I see. I can definitely understand where she was coming from, in that case.
+ 0 · Reply · Aug 2, 2022
Translate

deadgerbil · 22-25
Idk if it's over something small

Viper · M
@deadgerbil Yeah, I found that in a later post down below. I was just going over the interaction seen on video.
+ 0 · Reply · Aug 2, 2022
Translate

Viper · M
@Lilnonames Um, he's signing what I assume to be the full ride scholarship, to play football instead of paying.
+ 1 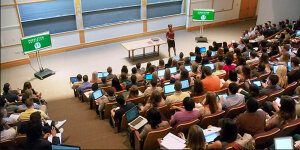