Hey yeah...whatever happened to the "free college education for all" that was supported by every Democrat in the 2020 presidential debate??

I have my bags packed. Has anyone heard anything from Gropey Joe or Kamala? 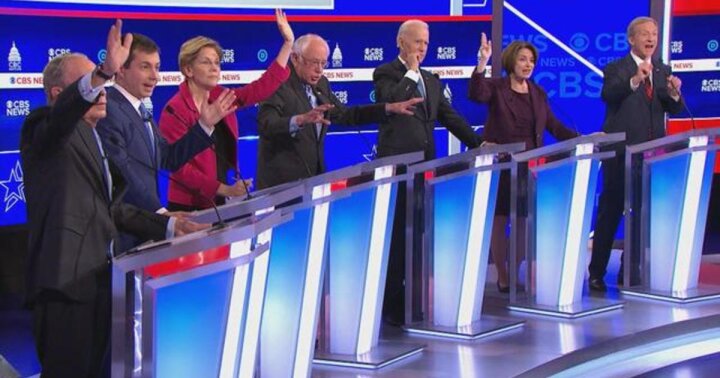 Roadsterrider · 51-55, M
Saying it and doing it are two entirely different things. Free healthcare, free college, and UBI are pipe dreams. Medicare costs $800 billion for 58 million people who qualify, to cover everyone at the same level as medicare would cost about $4.8 trillion, the gross revenue of the US government $3.5 trillion, College tuition isn't as expensive as medicare for all but it would add another $600 billion to the budget and another $1.3 trillion for welfare programs, would bring the annual budget to about $6.5 trillion and that still excludes everything else, road and bridges, military, just healthcare, college tuition and welfare would be almost twice what the government brings in in revenue. It would bankrupt the country. Business that could flee the US would be leaving in droves. The tax base would collapse and we would devolve into a third world country. All the numbers I came up with are from various sites and all for 2019. My mom used to say "if it sounds too good to be true, it probably is too good to be true." When it comes to campaign promises it is easy enough to find info to support whether it will work or not in minutes. To many people jump on board with the rhetoric and don't bother thinking about it till they realize they were sold to the next election.
+ 1

TheOneyouwerewarnedabout · 41-45, M
They promise the moon and send you a picture of it..
+ 2

TheOneyouwerewarnedabout · 41-45, M
[@609293,RogueLoner] they got Ds next to their names..
they could slaughter a baby and eat it’s face on live TV. The media will make the audience feel bad for not approving..
+ 2