For those believing the Taliban

Dr Bahar Jalali, said: “No woman has ever dressed like this in the history of Afghanistan. This is utterly foreign and alien to Afghan culture. I posted my pic in the traditional Afghan dress to inform, educate, and dispel the misinformation that is being propagated by the Taliban.”

Some Afghan women genuinely believe it is their religious duty to wear the full coverage Burka. I've read the Qur'an, and while I know there is no explicit instruction to do so, it's a common belief. As in, trying to point out to someone that they're inventing something, relative to something that was invented itself (religion), would be somewhat ironic.

I don't believe the Taliban have changed their ways, but the restrictions they implemented in the past, are driven mostly by local customs, not religion itself. This goes for most of the country, but not necessarily Kabul. By that I mean women viewed as an accessory, whose role is limited to cooking and reproducing, not education or careers.

If the Taliban is willing to allow women to continue getting an education, though in separate facilities, then it would be no different from Saudi Arabia. Not ideal, but after 20 years, we have positive proof that we cannot socially engineer "progress" the way we envision it.

I understand the claim that some of the anti-Taliban make: this is a religion imposed on us by Arab invaders, but 1,000 years later, it's hard to make that argument stick.
+ 1 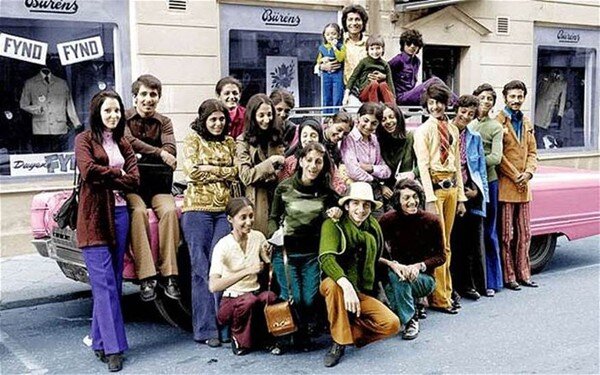 DavidT8899 · 18-21, M
What?U mean the Taliban are NOT going to be politically correct and treat women w/the same equality that we do in America?Oh snap!Well,at least I can rely on the fact that Santa Claus and the Easter Bunny are real.
+ 0 · Reply · Sep 13, 2021

in10RjFox · M
You mean she didn't mean "No Afghani woman" .. and meant no woman in the world ?

acpguy · C
This might being coming to the USA if the liberals / socialists continue in power.
+ 0 · Reply · Sep 13, 2021
43 people following
Culture & Race Personal Stories, Advice, and Support