The US is gonna hit the debt ceiling tomorrow

This might be the dumbest thing the Republicans have ever done. I'm really curious what's going to happen.

Djac17 · 18-21, M
How about we just fxcking solve the national debt? Instead of just continuing to raise the ceiling as a band aid solution before one day it explodes. I'm a Republican, but even I'll admit both sides, including my own, are responsible for this. The Last President to reduce the debt left office in 1929. It's either spending and money printing cuts, or just screw Americans out of more of their tax dollars by hiking the tax rate
+ 0 · Reply · Jan 18, 2023
Translate
View 1 more replies »

Djac17 · 18-21, M
@dancingtongue To be fair with Clinton, he had a Republican house and Senate for 3/4 of his Presidency After the 1994 Republican landslide he was like "Fxck it I gotta switch gears with how I'm doing things". At least then parties worked together for something good, after that it was right back to fxcking over the country intentionally. Also I meant the Last President who actually reduced the debt. Clinton onl;y got the budegt balanced. Debt still went up during his Presidency.
And this is random, but the ONLY President who almost paid off the debt was Fxcking Andrew Jackson of all people. It went down by like 99% during his Presidency. If it wasn't for his shxt treatment of the natives, he would be revered in modern times.
+ 0 · Reply · Jan 18, 2023
Translate

dancingtongue · 80-89, M
@Djac17 I believe Clinton's mantra after the real mid-term Red Wave was "It's the economy, Stupid". And while the debt went up in his two terms, I believe the final year or more there actually was a surplus to begin paying down the debt. At least the cycle had been broken and the path to economic sanity created. And yes, it was a bipartisan effort despite the Republicans simultaneous efforts to impeach him for something, anything that Starr could find with $80 million to spend.
+ 0 · Reply · Jan 18, 2023
Translate

BlueVeins · 22-25
@Djac17 I'm bothered by the deficit, and would 100% do the following to the following to reduce it:
-Loosen zoning laws nationwide to lower the cost of housing, allow more businesses to thrive and raise tax revenue
-Build out a shit ton of rail, biking, & pedestrian infrastructure, as it's more cost-efficient than the automobile
-Nationalize healthcare, thus reducing bureaucratic waste and giving the buyer more negotiating power with the seller (healthcare providers)
-Reduce the military budget to 2.5% of GDP, in line with NATO recommendations
-Eliminate farm subsidies in nearly all cases
-Switch from a drug criminalization model to an addiction treatment model, thus reducing enforcement costs and raising tax revenue through new business
-Establishing a 5% (unimproved) Land Value Tax to spur on development and reduce wasteful generational wealth
-Close the tax loopholes, including the buy-borrow-die loophole
-Raise the capital gains rate, since that's money not earned by its recipient

Really wish the politicians were in favor of doing those things, but they're not. And knowing that, the "cure" they've come up with is way worse than the disease; we know for a fact that economies can remain healthy with way higher debt-to-GDP ratios, so I don't know why they'd want to hit that nuclear red default button, aside from manufacturing a crisis for the Hell of it.
+ 0 · Reply · Jan 18, 2023
Translate
170 people following
Republicans Personal Stories, Advice, and Support 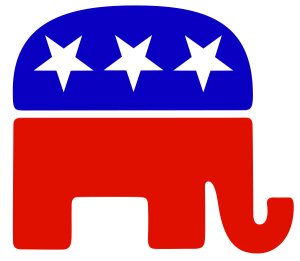