The modern equivalent is the nuclear bomb; the thing that makes inadequate despots think they have total power over humanity if they control it. Their power is limited to ending the human race without anything creative or positive. So was Wagner "a genuis". No. At his best. a good tunesmith.

ArishMell · 70-79, M
I think you've misunderstood the story if you have listened to just that part of it.

I see no analogy, but [i]Das Rheingold[/i] is only the first quarter of the whole story, so you can't meaningfully compare it to anything. Any more than you can compare something modern to a Shakespeare play, or a Dickens novel, by first act or chapter.

Not only that, the complete opera's narrative is entirely between mythical beings not humans; and the tetralogy ends in the opposite way to your analogy, by humanity triumphing over them practically by default.

"Genius"? That depends how you define it. Richard Wagner was outstanding in composing sweeping great operas still regularly performed, and certainly far more than a mere " good tunesmith"; but no more or less a "genius" than any other major composer of his time in their ways.
+ 2

I understand your point about giving these deities very fallibly human characteristics, and no I don't think we are supposed to find some of them at all attractive. One supposedly all-powerful but basically weak-minded, philandering god Wotan; the wholly malevolent Alberich; and poor Brunnhilde and Siegfried destroyed between them before the whole lot is washed away and the Rhine Maidens can reclaim their property.

Yet I still don't see a close analogy with nuclear weapons and monomaniacal dictators, even if the latter are as evil as Alberich and as weak as Wotan.

I think though we can read too much into these, or any, operas. However monumental they are are as art, however challenging they are to perform, they were written to be entertainment that also paid the composers' grocery bills!
+ 1

MartinII · 70-79, M
@ArishMell I agree with your general analysis, but I’m not sure about Wotan. Yes he’s weak, relatively speaking, and philandering (who wouldn’t be with Fricka for a wife!). But I also see him as seeking the best course, which naturally he can’t find, and redeemed by his love for Brunnhilde his daughter and later for Siegfried, his grandson. At the end of Act 2 of Die Walkure he chooses, or is forced to choose, duty over personal preference, hardly an ignoble decision. One small mistake Wagner made in the Ring, it seems to me, was to name the second opera for Brunnhilde. Surely it’s Wotan’s opera. Brunnhilde’s is Gotterdammerung.
+ 0 · Reply · Jan 15, 2023
Translate

ArishMell · 70-79, M
@MartinII It seems events run away with him, rapidly going beyond his control.

I didn't think Fricka can be blamed for anything even if she is the Goddess of Marriage or something like that. I don't think she's too happy about not only Wotan's infidelity but also with Sigmund and Sieglinde keeping it all in the family.

(I'm a bit hazy on details because each time I hear a performance on the radio, which is not very often, the summary seems slightly different!)

The second opera is [i]Die Valkure[/i], yes, but I think I would agree with Wagner on that. It sets the origins of Siegfried, the relationship between Brunnhilde and Sieglinde, Brunnhilde's recovery of Sigmund's body against Wotan's order, and only then Wotan's only possible reaction to that. I take your point about duty but events and characters had been conspiring against him almost from the start, showing him essentially too weak to have put a stop to it even if he'd realised it was all unravelling.

.... or was being ravelled. Somewhere in all this, I think we learn a lot later, are three female characters weaving destiny, and gods don't have any special treatment from them.

I think the third opera is called [i]Siegfried[/i], and it certainly is mostly about him. I forget where things really start to go wrong for him; in this one or [i]Gotterdammerung[/i] but they are already in the offing with various people wanting that accursed ring.

Certainly though in the end, with Siegfried murdered and I think everyone finally realising what had happened, Wotan is powerless and only poor Brunnhilde and her dead lover can emerge from it all with any credit, even though her redemption is at such terrible cost. Her final song seems usually called 'The Redemption Aria'.

There is a line in Gotterdammerung where someone - I forget who - openly denounces Siegfried's murderer (Alberich or his son?). I don't speak German so would not have realised it without the precis before the act's performance; but knowing of it, those few words lit up because the two main words are not very different from English and I think in that production, also delivered in harsh speech, contrasting with all the art-singing around them. I don't know the actual line but using Google Translate, "You murdered Siegfried" becomes[i] Sie haben Siegfried ermordet[/i]. It was the name and 'emordet', and the emotion, that stood out.

Similarly with the very last four words of the entire work, Alberich's shouted warning, "Don't touch the ring!" - still on Siegfried's finger. Again it's not too difficult to identify by prior warning, mainly by its place in the libretto, but also by its relatively simple language. He has finally realised what he had started some 16 hours of music previously - but it's too late. Google tells me it's[i] Berühre den Ring nicht[/i]

I wonder if it is significant that Wagner named the two middle works after their main characters, but the outer ones after things or events. He did not write it all in one go, so it might simply be natural inconsistency even though the narrative is cohesive.
+ 0 · Reply · Jan 15, 2023
Translate

helenS · 36-40, F
Richard Wagner – designer and constructor of modernity in music! His work made all older operas museum pieces, even those by Mozart.
+ 4

ArishMell · 70-79, M
@helenS A very good point - though it hasn't stopped the better "museum pieces" still being popular even today. I believe even some of the music from operas that were failures in their own time, is sometimes performed now just as instrumental pieces in their own right.

I wonder if with 19c opera, something like that following J.S. Bach's time happened.

He made the Fugue so popular that "everyone" played them; but after his death "everyone" rapidly moved to these trendy new ideas in the very latest Classical era. Then over time, the Toccatas and Fugues started dipping exploratory quavers back in the choppy "hit parade" seas with new performers and audiences, so the good ones are now performed as often as any other popular Baroque or Classical pieces.
+ 0 · Reply · Jan 20, 2023
Translate

alan20 · M
@helenS I'm not that much into opera but find those of Tchaikovsky, Dvorak, Smetana, Offenbach, Massenet, Rimsky-Korsakov, Janacek much more to my liking. Modernity in music started with Debussy and Stravinsky, not with the much- quoted opening chord of Tristan, but then its more instrumental music I'm into. Quite like the Dutchman and bits of the Ring and Tristan.
+ 0 · Reply · Jan 20, 2023
Translate

MartinII · 70-79, M
Curious analogy. Nothing ends in Das Rheingold. On the contrary, Wotan seems to be triumphant, though at a cost and with the Rhinemaidens prophesying his doom. And when the world of the gods comes to an end in Gotterdammerung, the world of humans is redeemed by the sacrifice of Brunnhilde, Wotan’s daughter whom he loves above anyone or anything else.

Wagner wasn’t just a genius, he was one of the greatest geniuses of all time, though of course many other things as well.
+ 2

alan20 · M
@MartinII I respect but don't share your appreciation of Wagner. I prefer the music of his father-in-law Liszt, and a great many other composers : Debussy, for instance. Once ideology starts to get mixed up with art, alarm bells start ringing for me. I do like his Flying Dutchman.
+ 1

MartinII · 70-79, M
@alan20 Thanks for your kind reply. I don’t think there’s a great deal of ideology in Wagner’s operas - philosophy perhaps, but not much ideology - and I think all his mature operas can be interpreted in different ways. To my mind most of the ideology comes from later acolytes, some of whom of course were extremely reprehensible.

Anyway, it’s good to know that you like opera and classical music. I’m afraid I find Pelleas boring (it’s definitely non-ideological!), but I like some of Debussy’s chamber music.
+ 1

robingoodfellow · M
Kind of agree with this. His music is certainly more than memorable. But there's not a lot of subtlety there. He basically hits you over the head as hard as he can.
+ 1

robingoodfellow · M
@alan20 well from what I understand he was pretty full of himself. Comes out in his music.
+ 1 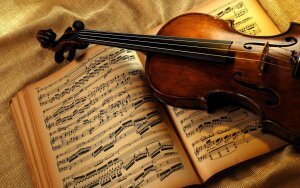