Can you imagine? they put the lock on before finding out if there was a human inside

luv2fly352 · 70-79, M
I am not anti-law-enforcement, but If folks were to take the time to visit sites such as the Marshall Project, the National Institute for Justice et al, they'd see how common it actually is and how often it involves SWAT. Police kill an average of between 10 and 11 hundred people a year which is more than the next 26 of our allied countries combined. We also have the highest incarceration rate of any other countries in world. What we have are militarized and weaponized police agencies across the country thanks to the DOD's 1033 program which includes fully automatic weapons, armored vehicles, grenade launchers, and of course tactical equipment just to name a few. Police also employ Stingray technology, ALPR's, and have occasionally deployed ADS against peaceful, law abiding protestors.
+ 2

bijouxbroussard · F
@luv2fly352 True. People have been beaten and even killed for daring to ask [b]why[/b] they were being detained.
+ 1

Piper · 61-69, F
Yes, I can imagine. I heard about this incident on the local news, and the homeowner was understandably concerned about what would have happened if she hadn't had a doorbell camera notification. One of those concerns was that her dogs would have ended being up taken to animal control.
My first thought when I heard her say that, was that her dogs might have ended up dead, had the deputies entered her home. Cops do that a lot, wrong house...or not.
+ 1

lilymaesixty1 · 61-69, F
@cherokeepatti shouldn't the police have to take an aptitude test?
+ 2

luv2fly352 · 70-79, M
@cherokeepatti Police computer systems are all too often not updated with the current address of those they wish to interview or arrest even though their suspect may have moved a long time ago from the address on file. This has gotten people such as Breanna Taylor, et al killed. Also, police all too often accept the word of an informant as gospel, without bothering to crosscheck and verify the address.
+ 1

CopperCicada · M
I'm waiting for somebody to defend this.
+ 1

bijouxbroussard · F
@lilymaesixty1 No, there are posters who will. They don’t believe police are [b]ever[/b] unjustified in things they do to citizens. 😞
+ 2

bijouxbroussard · F
@lilymaesixty1 My brother’s a retired policeman and originally joined because he thought he could make a difference. He did to some extent, but he also concluded that the attitude was ingrained in the culture of many of the precincts.
+ 2 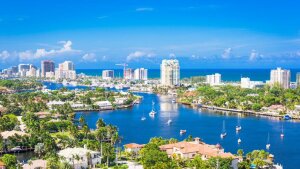