A word on "Tolerance" ( My two cents worth )

It may come as a shock to many but I wasn't born an atheist. In fact, I looked forward to bible studies three times a week, made time to "fellowship" with other Christians, and my minister had an open invitation to baptize folks in our family pool. When I was 16, I decided to enlist Gods help to make me straight to ensure I would be exempt from going to hell.

Night after night, I was at the foot of my bed praying in such heartfelt earnesty the tears running down my face. I even bargained with God that if he made me straight I would dedicate the rest of my life teaching his word and helping others to understand Gods will. For whatever reason, nothing changed, I turned to age 17 gay as a goose and there was to be no salvation.

This is NOT why I left the church, there are many reasons and most won't care anyway. I had no animosity, no anger or resentment. Christianity just no longer fit for a variety of reasons.

I DO have a sense of spirituality and certainly have a code of morals and ethics. I remain interested in religions and other belief systems. I NEVER seek to impose my lack of belief on others. I'm neither proud nor ashamed of my atheism. It is what it is.

I love listening to Richard Dawkins read his hate mail from Christians, some of them are very creative and "colorful" some have turned their hatred of atheism into an art form. I'm just confused by folks who are "enlightened" and wonder why they spew such poison to people too stupid and ignorant not to believe in something so beautiful and obvious as Jesus Christ?

I also enjoy the "Atheist Experience" and learning both from the hosts and the Christians who call in. They too get a LOT of hate mail on the comments section.

Recently, I was questioning myself, I wondered, am I being as tolerant as I should be to a faith I once believed in? Perhaps there are newer Christian concepts I should be aware of and learning. It's not impossible for me to change my mind, given enough evidence and sound reasoning I'm open to change.

So I started paying attention to a few Christian apologetic's and emerging ideas. One in particular I was thinking about is "Intelligent Design" (which I had heard about but brushed it off thinking it Creationism in a lab coat.

So I listen to this presentation I was fine with what was being said until the host accused atheist of wanting to take their subject out of the schools. ( I had no idea the teachings has already made it into schools)

This angered me. I come from hard Core "Orange County Republicans" REAL flag wavers, proud to be a descendant of one of the signers of the Declaration Of Independence. These founders embraced the idea of separation of state and schools and that schools should remain secular and not subject to religious leaders and whatever religious teachings they might be wanting for kids.

I decided to express my opinion to this host and guess what? it read, "Comments for this section have been turned off"

They don't want to hear ANY opposition. There is only Their point of view. They are right and everyone else is wrong.

My one surviving sibling won't allow me to meet my nephew because I made the mistake of leaving my Christian family. He also worries I might infect "Andrew" with my homosexuality.

My brother is a good Christian. He hates atheist. He hates Gays, Liberals, and seeks only Jesus and Agape Love provided it meets Christian standards.

So much for my sojourn into the realm of tolerance, there are too many hooks and contingencies for me to bow to before I qualify for unconditional love.

hartfire
Dear, sweet man,
as you know I am an atheist ( and Buddhist).
But if you're seeking to reconnect with Christianity, you could try certain branches of the Uniting Church. They have a far more progressive interpretation of Jesus's teaching - which includes, of course, "Love others as thyself." That includes all others, unconditionally. Of course, it's a hard thing for any human to live up to. I'd have a lot of trouble loving any fanatic who tries to force their views on others. I believe there are also congregations of gay Christians. I'm sure you could google them.
Or you could just re-explore it via reading the Bible.

I think the early stories describing God's objections to onanism and sodomy were about ensuring tribal breeding success. The rates of survival for women and babies in childbirth were very low back then, and up to a third of children never survived to adulthood. But the tribes needed every male as a soldier to defend their herds and city states, and every female to nurture the young, sick, injured and elderly. Survival of the people of Israel literally depended on breeding success. Within the Mishnah (book of rules for Kosher Jews), a wife may not lie with her husband unless she is in the fertile phase of her cycle. This tends to keep the desire between husband and wife active for many years. Every couple is obliged to have at least one male and one female child before they have fulfilled their duty to God.

But we now live in a Western world in which most mothers and babies survive birth and most children survive to adulthood. Most of us live at least three times longer than the people of the first century AD. The world, at 7 billion people and rising is already vastly over populated and the results of our activities has driven many species to extinction and is now threatening the whole planet through global warming.

We who have had no children are doing the planet a favour.
Those who have none but want them are better adopting from a poor country rather than breeding.

Unconditional love for all life requires that we rethink our values.

To love another, irrespective or sexual or gender orientation causes no harm to anyone and often causes much good for the couple and those around them.

If the Christian God is good, then he would bless all forms of unconditional love. If you believe that, then you are fine - easy to be at peace with yourself and your conscience.
+ 2

Grateful4you · 70-79, M
@hartfire Thanks hon. I think you may have misunderstood me. I'm an atheist too. Perhaps give it another quick scan, it could be my own composition failed to properly express the message.
+ 0 · Reply · Sep 23, 2022
Translate

hartfire
@Grateful4you Nope. I know you're and atheist (like me, although I was raised that way).
Rather, I thought I detected an undertone, a feeling that you still value some of the most important features of Jesus's teachings, and that if there weren't such intolerance of homosexuality you might have stayed a Christian all your life. If that was the case, I thought, then maybe radical and socially Christian sects might appeal to you.
Perhaps in the many years since leaving the faith, it might have occured to you to have other objections to a faith that still carries much of the OT with it.
Then there's the question, "well, if not Yahweh, what about some other kind of god?"
For instance, the All-One-Consciousness or [i]Atman[/i] of esoteric Hindu Vedanta. It is the origin out of which the world evolved, continues timelessly, but takes no part in influencing the world or people. According to the teachings, we are already already a part of it, it is inside of us and in everything. All we have to do is realise it (enlightenment from the Hindu perspective) and from then on we will be continuously content and peaceful and will never again need to reincarnate. (I don't propose that this idea is the reality - merely that it's one of the many notions of what an all-encompassing singular god could be.)
Some people a far happier to pin their faith on Atman because Yahweh is portrayed as a jealous and tyrannical God, something like a narcissist or a spoilt three-year-old. He expects people to believe in and obey him without proof of his existence. And he insists on being worshipped, exclusively. And he insists on things like unconditional honour to parents (even if they rape, sell, abuse or murder their wives and offspring) - wives and children are placed in the same category as chattels. "Thou shalt not kill" applied to men of one's own tribe only; it took centuries for the meaning to come to include all humans - and even now most believers think it's okay to kill the enemy if there's a war. It took centuries for a few, like the 7th Day crowd, to think it might include not liking animals or not causing permanent damage to the planet.
Sorry... just a rave... :/
Anyway, I think we kind of jive on the same page.
I'm glad you're happy with being where your at right now.
+ 0 · Reply · Sep 24, 2022
Translate

walabby · 61-69, M
The possibility of the universe having a supernatural (to us) or spiritual origin is not dependent on what the Bible says. The Bible is not very coherent in its presentation...
+ 2

Iwillwait · M
I'm sorry you're having these struggles. Your Brother's hatered is not of a Christian values system, but may align with an organized religion so to speak. Religion as I know you're aware of, can be quite divisive and corrosive to what Our True Reason for being created. 'To love one another as God does." Not one single person on this planet is without flaws, sin and struggling with something. Your Brother & Nephew are being deprived of a great love & relationship being estranged from you, I will pray that your Brother's heart is softened and you two can reconcile. 🤗
+ 1

robingoodfellow · M
I think most people who left Christianity in their rear view mirror had a similar experience. I have a family member who's facebook page is full of ugly hateful opinions yet he never misses a Sunday at church and won't eat a meal without saying grace.
+ 1

AthrillatheHunt · 51-55, M
You saw that entire coastline (OC) change during your lifetime .
You liked it better then or now ?
+ 1

Grateful4you · 70-79, M
@AthrillatheHunt I'm not a huge fan of cracker box condo's and malls. I miss the old days. Thanks for asking.
+ 1

bookerdana · M
I think the saddest part of this is the sibling who is afraid you will infect Andrew as if you had Ebola.

I think theres a segment of American Pentecostalism that needs to ban books (Its National Banned Book Week btw) and who fear what they perceive as different.

While this is mostly an American phenom that doesn't make it any easier for you,unfortunately. 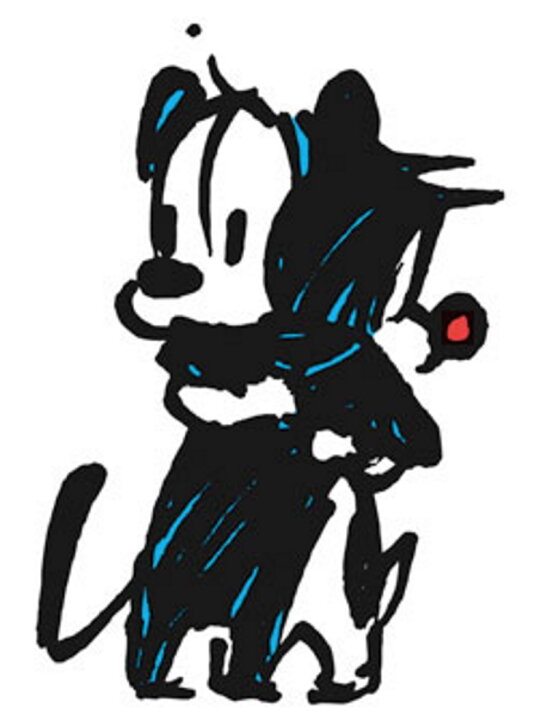