I Believe In Karma

It's been a week since my ex confessed he had been cheating on me. He ended his affair with the other girl before he confessed but she wasn't too happy about it. Let's say, she's a crazy bitch who pressurized her parents to visit him because she wanted to marry him right after he ended things with her. She kept stalking him everywhere online, contacted his parents, brother and friends when he blocked her. She even contacted me when he told her about me. At first, I sympathizers her but when she came to know I kept contact with my ex even after I broke up with him, she became hostile and crazy and now making up lies about me. I am tired of her drama and now I blocked her. I feel sorry for my ex for going through such a trauma put up by that crazy bitch but he kind of deserved it.

The reason I support my ex even after he went after that bitch behind me both his friends and family are against him and he's going through guilt and remorse alone for doing a terrible mistake. I have been a victim of infidelity before but this is much different than that. He confessed before I found out and frankly, our relationship was on its rocky point when he started the affair. As time passed, my ex and I started to fall for each other. But still, I used to feel something off about him when he was seen depressed, apologizing or crying for no reason. I didn't know he was trying to confess. He didn't blame me or the girl and took the whole responsibility when he told the truth. He even respected my decision for not giving him a second chance. Unlike my previous relationships, I wasn't really mad but disappointed at what he did. I do have feelings for him. I could see myself forgiving him, building trust and renew relationship with him but I didn't disclose this with anyone because I want to know if he was actually true to his words. Despite my family displeasure, I continue being friends with him and support him in time of his need.

SolveEtCoagula · 31-35, F
That just goes to show how much you love him and support him, you can still be friends and don't have to go to the extreme with things. Just don't do it to the point that you put your life on hold for someone who may be dangling a string in front of you, just as general advice. I don't know you all that well but don't want you to hurt like that either.
+ 1 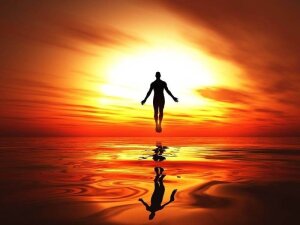