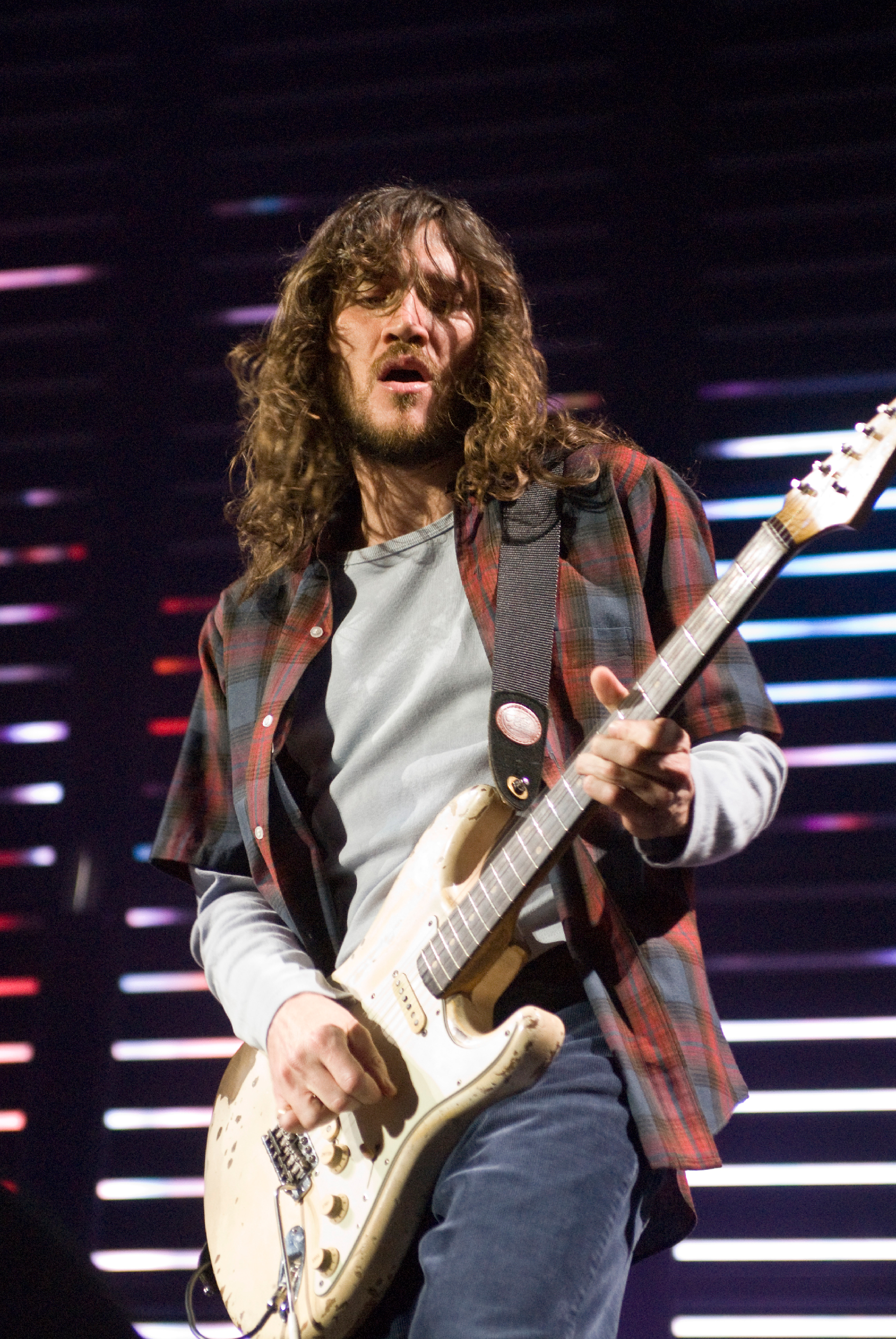 [/center]
You may know John Frusciante best as the lead guitarist for the Red Hot Chili Peppers, but there is so much more to him than that. While his time with RHCP has been his most popular project, Frusciante has had an extensive career of other musical endeavors, from obscure short-lived supergroups to other critically and commercially successful acts. By the time you're finished reading this post, you'll know all about the prolific music career of John Frusciante. 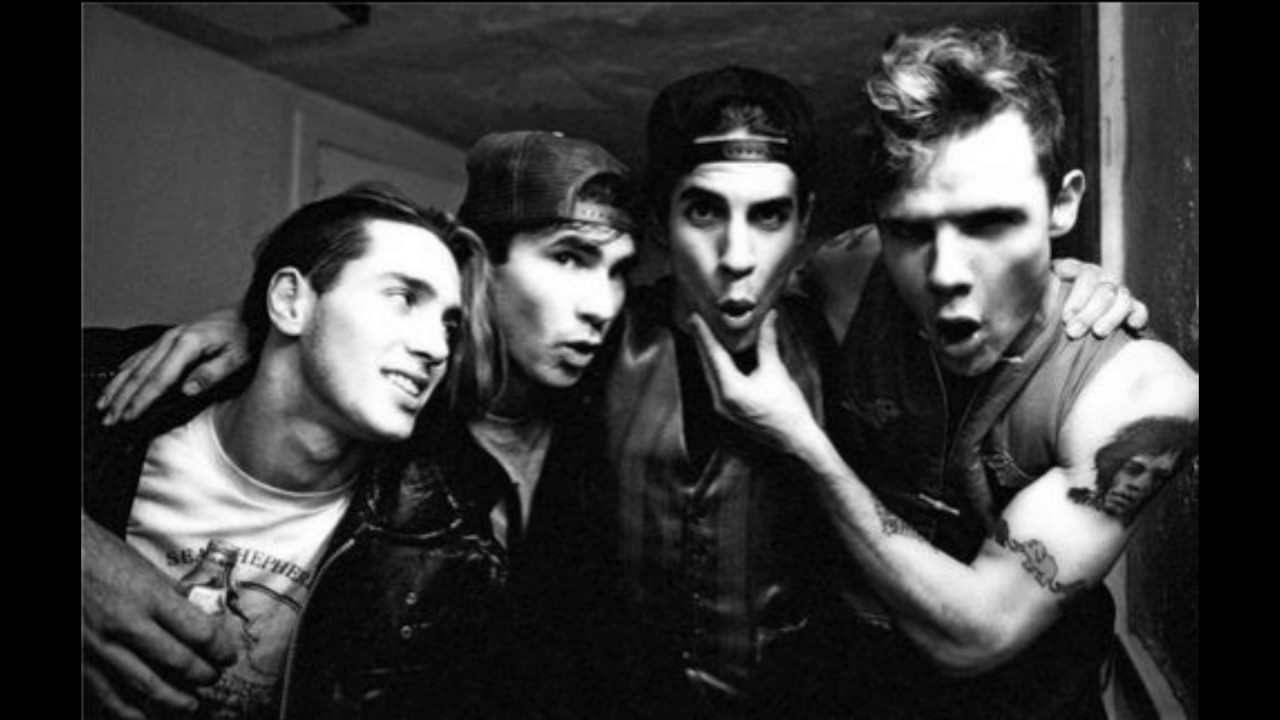 [/center]
Without a doubt, Frusciante's most well-known and successful work has been with the Red Hot Chili Peppers where he has served as the band's most prominent lead guitarist. His first tenure with RHCP was from 1988 to 1992 where he played on the albums [i]Mother's Milk[/i] and [i]Blood Sugar Sex Magik[/i] before departing after having difficulty coping with the band's growing popularity and with his drug abuse.

[center][youtube=https://www.youtube.com/watch?v=GLvohMXgcBo][/center]
In 1998, RHCP found themselves without a lead guitarist and on the verge of breaking up. Bassist Flea expressed that the only way the band could continue was if they had John Frusciante back, so he personally went to Frusciante's house to invite back to the group, which Frusciante humbly accepted. Frusciante had gone to rehab and became clean from his drug addiction, so the members of RHCP thought it would be a good time to have him back.

[/center]
With John Frusciante back in the band, he had a much larger role as the principal songwriter for RHCP. His passion for music played a major influence on the band's recording style as well. One could say he almost functioned as the leader of RHCP during this time. Frusciante remained with RHCP from 1998 to 2009, recording the albums [i]Californication, By The Way,[/i] and [i]Stadium Arcadium.[/i] When RHCP announced they would be going an indefinite hiatus after the [i]Stadium Arcadium[/i] tour, Frusciante remained with the band until announcing his departure in 2009. Though the band would end their hiatus that same year, Frusciante would not be involved with RHCP again for ten years.

[center][youtube=https://www.youtube.com/watch?v=yuFI5KSPAt4][/center]
In 2019, it was announced that John Frusciante would once again be coming back to RHCP. In February 2020, he performed with the band for the first time since 2007, signifying his return.

[center][youtube=https://www.youtube.com/watch?v=sQ4iNz1lpCA][/center]
Frusciante has confirmed he has been writing material for the band's upcoming album which is slated for a 2022 release.

[center][big]Solo Music[/big][/center]
John Frusciante's most expansive body of work has been his solo material, which consists of twelve studio albums and seven EPs. He made his solo debut in 1994 with [i]Niandra LaDes and Usually Just a T-Shirt,[/i] an avant-garde double album Frusciante wrote as a means of spiritual and emotional therapy. The album has received polarized reviews, but is generally appreciated by his fans today. However, his second album [i]Smile from the Streets You Hold[/i] was released while Frusciante was addicted to drugs. Many of its tracks have bleak lyrics Frusciante sings hysterically. Some even feature him coughing throughout, demonstrating how poor his health was at the time. Frusciante admitted he only released his second album to get "drug money". After overcoming his drug problems, Frusciante grew uncomfortable with it being available to the public and requested that the album go out of print. Though he has pledged to re-release it someday.

[center][youtube=https://www.youtube.com/watch?v=ZWIfCXDuO1M][/center]
In 2001, Frusciante released his third solo record [i]To Record Only Water for Ten Days,[/i] his first after being clean from drugs. The album was quite different from his first two, featuring a stripped down sound and influences from synthpop, post-punk and electronica. Nevertheless, it received a positive reception and proved John Frusciante could hold his own as a solo artist, if not even better than he could in a band. That same year, he would also release an internet-only album [i]From the Sounds Inside.[/i]

[center][youtube=https://www.youtube.com/watch?v=A8MZUSsCZZw][/center]
2004 would be a very productive year for John Frusciante as he would produce seven records, most of which were recorded and released within the same year. One was an album with supergroup Ataxia and another was a collaboration with Josh Klinghoffer, both of which we'll explore later. The other five were solo releases [i]Shadows Collide With People, The Will to Death, Inside of Emptiness, Curtains,[/i] and the [i]DC EP.[/i] Every solo album had its own distinct style. [i]Shadows Collide With People[/i] (recorded in 2003) is Frusciante's most accessible record; [i]The Will to Death[/i] was an experiment to record music quickly and in a minimalist fashion; [i]Inside of Emptiness[/i] is one Frusciante's heaviest; and [i]Curtains[/i] (released in 2005) is primarily acoustic. Each release received rave reviews and showcased Frusciante's creative genius.

[center][youtube=https://www.youtube.com/watch?v=4v9CfE90Sts][/center]
Frusciante wouldn't release another solo album until 2009 with [i]The Empyrean.[/i] However, the album was in production between 2006 and 2008 and features a wide array of guest musicians. [i]The Empyrean[/i] was highly acclaimed and is considered by many to be Frusciante's best solo effort. Unfortunately, this would also be the last solo release of his to receive generally positive reviews for over ten years.

At the turn of the decade, John Frusciante would begin pursuing his longtime aspiration of making electronic music and began devoting nearly all of his time producing electronic records for much of the 2010s. He released the albums [i]PBX Funicular Intaglio Zone[/i] (2012), [i]Enclosure[/i] (2014), the internet-only [i]Renoise Tracks 2009-2011[/i] (2015), and four EPs. During this time, he also released several acid house records under the alias Trickfinger. These releases have all garnered mixed reviews, marking the first time Frusciante's solo music has received anything other than good reviews since his first two albums. But he would receive positive reviews again in late 2020 with his most recent solo record [i]Maya,[/i] the first instrumental album to be released under his name.

[center][youtube=https://www.youtube.com/watch?v=bhacTRyYkOw][/center]
[center][big]The Mars Volta[/big][/center]
While not nearly as popular as Red Hot Chili Peppers, John Frusciante's second most popular work with a band has been with The Mars Volta. He was a frequent collaborator with founding member Omar Rodriguez-Lopez before and first joined TMV in 2002 as a guest for their first two albums, performing in one song on each. In 2006, he joined the band as an official member and started becoming a regular contributor to the band's music.

[center][youtube=https://www.youtube.com/watch?v=C5jcgJ3RNpo][/center]
Frusciante's involvement with TMV was primarily as a studio member. He was unable to tour regularly with the band due to other commitments, but he would perform with them on occasion. Including one such show during a 2006 double-header between TMV and RHCP. TMV singer Cedric Bixler-Zavala was unable to perform that night so John Frusciante joined the band onstage to perform a unique TMV show that was entirely instrumental. 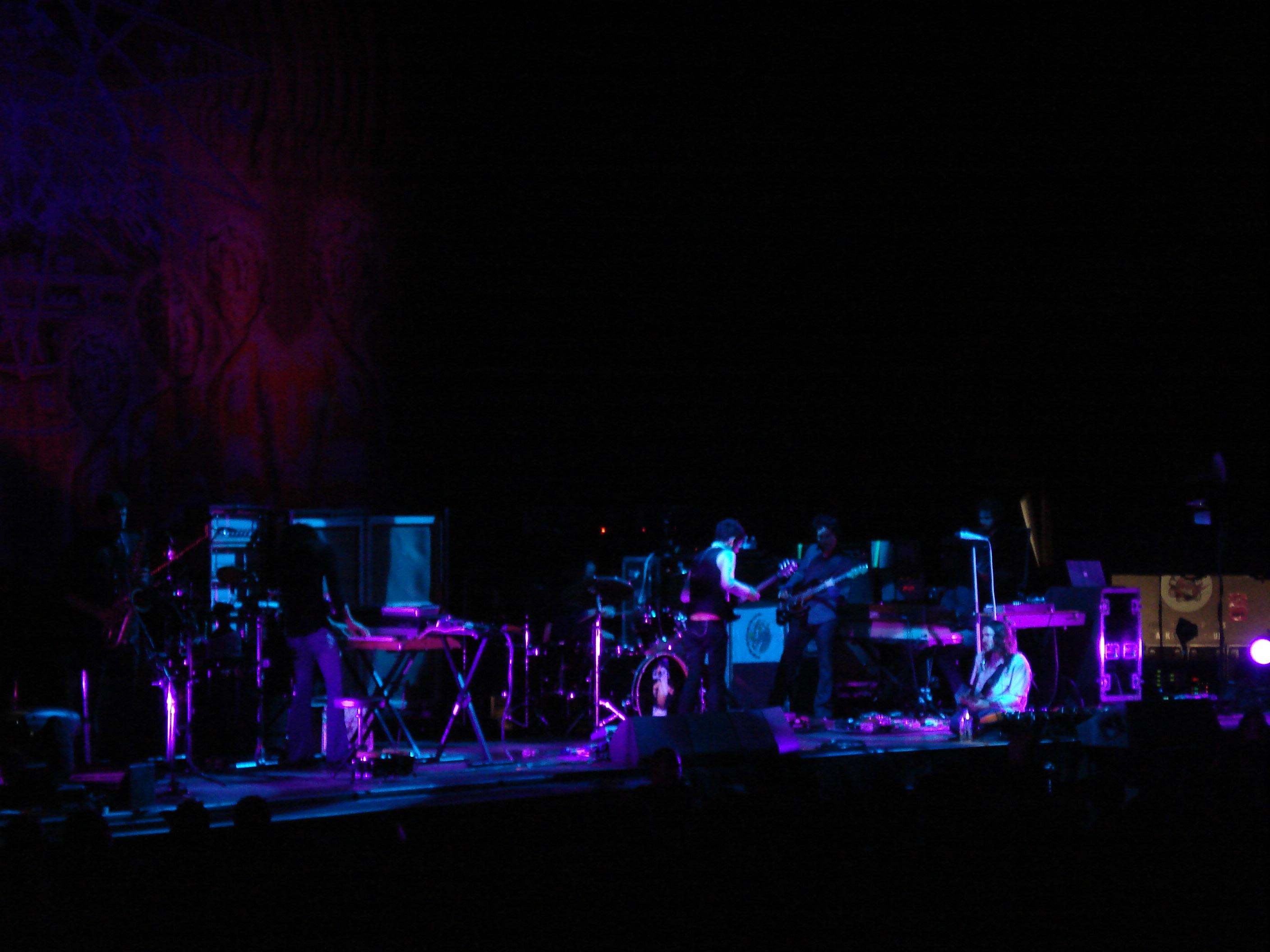 [/center]
Frusciante was featured on every TMV album except for their last. He left the band in 2008 and never performed with them again before TMV disbanded in 2012. However, it wouldn't be the last time Frusciante would work with Omar Rodriguez-Lopez.

[center][big]Ataxia[/big][/center]
As was just mentioned, in 2004 John Frusciante formed the supergroup called Ataxia with Josh Klinghoffer and Joe Lally. Ataxia was only active for a few weeks in the months of January and February in 2004 where they recorded ten songs over a two-week period and played two live shows, both a day apart and at the same venue. Their first album [i]Automatic Writing[/i] containing five of the ten songs they recorded was released in 2004. The follow-up containing the other five songs [i]AW II[/i] wasn't officially released until 2007. Ataxia is regarded as some of the most experimental work Frusciante has ever done. Despite being well-received, the group was only ever intended as a one-time project and disbanded after their two live performances.

[center][youtube=https://www.youtube.com/watch?v=kgSKYGXtC0A][/center]
[center][big]Swahili Blonde[/big][/center]
In 2009, John Frusciante joined Swahili Blonde, a project led by his then-wife Nicole Turley whom he married in 2008. Frusciante was a full-time member of the band as their guitarist and appeared on their first two albums [i]Man Meat[/i] (2010) and [i]Psycho Tropical Ballet Pink[/i] (2011) as well as their [i]Covers EP[/i] (2012). While Swahili Blonde is still active, John Frusciante left the group in 2015 after he and Turley separated. Their divorce was finalized in late 2016. 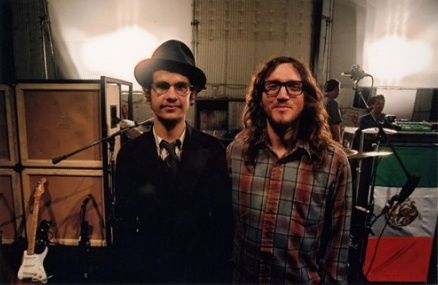 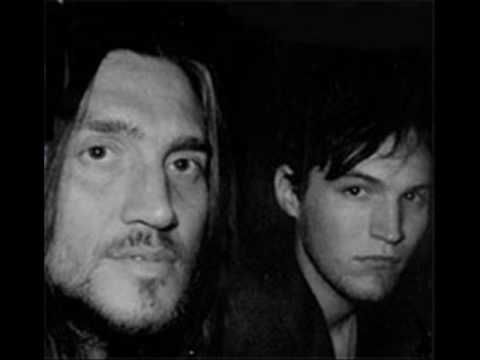 [/center]
Another prolific artist who Frusciante has worked with frequently is Josh Klinghoffer (who would also replace Frusciante as guitarist of RHCP from 2009 to 2019.) The two first worked together in 2001 when Frusciante and Klinghoffer both performed as guests for a song on rapper Tricky's record [i]Blowback.[/i] That same year, Frusciante would be featured as guest in a song for the Bob Forrest-fronted project that featured Klinghoffer The Bicycle Thief on their sole album [i]You Come and Go Like a Pop Song.[/i] Klinghoffer would go on to perform as a guest on four of Frusciante's solo albums. In 2004, Frusciante and Klinghoffer formed the short-lived supergroup Ataxia with Fugazi's Joe Lally and also did a collaborative album together, [i]A Sphere in the Heart of Silence.[/i]

[center][big]Other Projects and Collaborations[/big][/center]
In 2010, Frusciante formed an electronic supergroup with musicians Aaron Funk and Chris McDonald called Speed Dealer Moms. The trio debuted with their self-titled EP in late 2010 and for 11 years, it remained their only release until they released another EP in June 2021 titled [i]SDM-LA8-441-114-211.[/i]

In 2014, Frusciante joined another supergroup Kimono Kult which features Omar Rodriguez-Lopez and Nicole Turley, among others. The band debuted with the four-track EP [i]Hiding in the Light,[/i] released on Turley's own record label Neurotic Yell and remains their only release to date. If the project is still active, it's unknown if Frusciante will still be involved, though it's unlikely considering his separation from Turley, which was why he left Swahili Blonde.

Frusciante also joined hip-hop group and Wu-Tang Clan affiliates Black Knights, serving as producer for their albums [i]Medieval Chamber[/i] (2014), [i]The Almighty[/i] (2015) and [i]Excalibur[/i] (2017). It's been confirmed that Frusciante will once again produce the upcoming album by Black Knights, which is to be announced.

Frusciante has worked with a number of different acts over the years, such as Duran Duran, Warpaint, Johnny Cash, Glenn Hughes, Johnny Marr, George Clinton, Ziggy Marley, Dewa Budjana and many others. As mentioned at the start of this post, John Frusciante has had a long career spanning three decades of musical projects and collaborative efforts working with some of the most respectable names in the music industry. Now you know just how prolific he really is.

I hope you enjoyed this post. Let me know if you learned anything new about John Frusciante and if you've developed an interest in any of the other projects he's done that you haven't heard of before.