In Praise of Older Women

I first posted this on SW in 2016, according to the date on the post but I originally posted it on Experience Project before that. It deserves a revival.

In Praise of Older Women

I have seen a trend among older guys that I thought I needed to address. That of course is the insane chasing of women who are young enough to be their daughters or even younger. OK guys I get it. They are young with firm smooth bodies and it strokes your ego that they are interested in YOU. It makes you feel like the big stud, right? But why does it, these girls don't have enough life experiences to know if they are getting good sex or not, so why do you feel like the big stud. Sure in today's time she has some experience but even if she started at fourteen (which isn't unheard of) she would even then, have maybe four or five years under her belt (no pun intended). Most of that experience is with guys her age and they don't know jack either.

The older woman in your neighborhood has probably twenty or thirty years experience and believe me she knows if you are bringing you're A-Game to the party. Please THAT woman and maybe you can call yourself a stud. The young girl is relatively easy to seduce if she doesn't seduce you first. The older woman is looking for a connection, you can't just take your pants off; you have to be witty and charming.

The young girls are fun, no doubt, but of course the sex can't be 24/7 and when it's over you may actually have to talk. I hope you are brushed up on Lady GaGa and Beyonce' lyrics, you can't talk to her about politics the only political figure she knows is Barack Obama. You can't talk about the economy she doesn't have a clue how it works, she doesn't even realize that the huge deficits the government is running up now will be left for her generation to pay. Maybe when China shows up with an eviction notice she will understand. You will have no history in common with her; nothing you ever saw or lived through 20 years ago will mean anything to her.

Older women are much more of a challenge, they aren't falling for your worn out pick-up lines so guys you may have to work harder for them. Come to think of it, the young girls don't fall for those lines either, they just give up easier. The older women know your body better than you do. They know what makes you tick and what makes you pop. They have raised children, some have worked at least one job outside the house, plus kept the house going all without any help. The young girl probably lives in a college dorm and takes her laundry home to her mother to do on weekends.

If you can actually get an older woman to accept your advances you will be rewarded beyond measure. Not only as a lover but maybe the best friend you could ask for, someone who understands the trials of life. Her sexual skills should not be underestimated she has learned a lot but maybe she needs the right kind of man to get her motor running. Guys do your part and you will be rewarded in kind. A lot of women's sex drives peak in their forties and fifties so chances are you may not be able to keep up with her. Maybe that is the whole reason these men are going for the younger women, they don't think they can handle someone older. All I can say is you damn well better know what you are doing.

If you do all the right things and actually forge a relationship with an older woman, it will be one of the most rewarding experiences you can imagine. She won't be so willing to stroke your ego or anything else for that matter she will take you on if she disagrees with you. She may have been shy when she was younger but she has learned a few things since then and has found her voice. She is full of intellect and wisdom and will probably tell you the ugly truths you don't want to hear but need to. 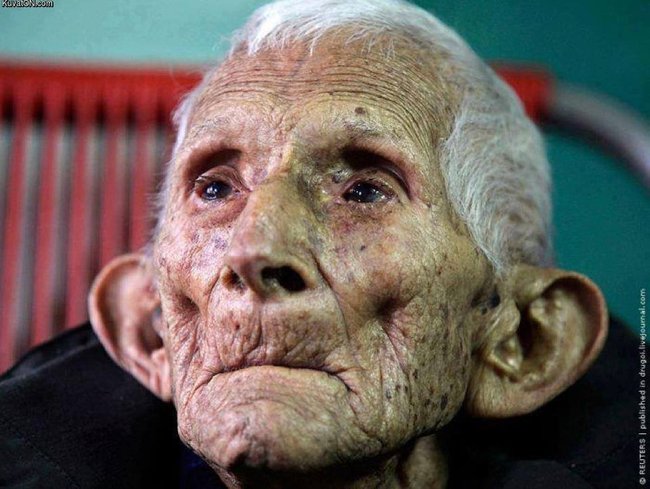